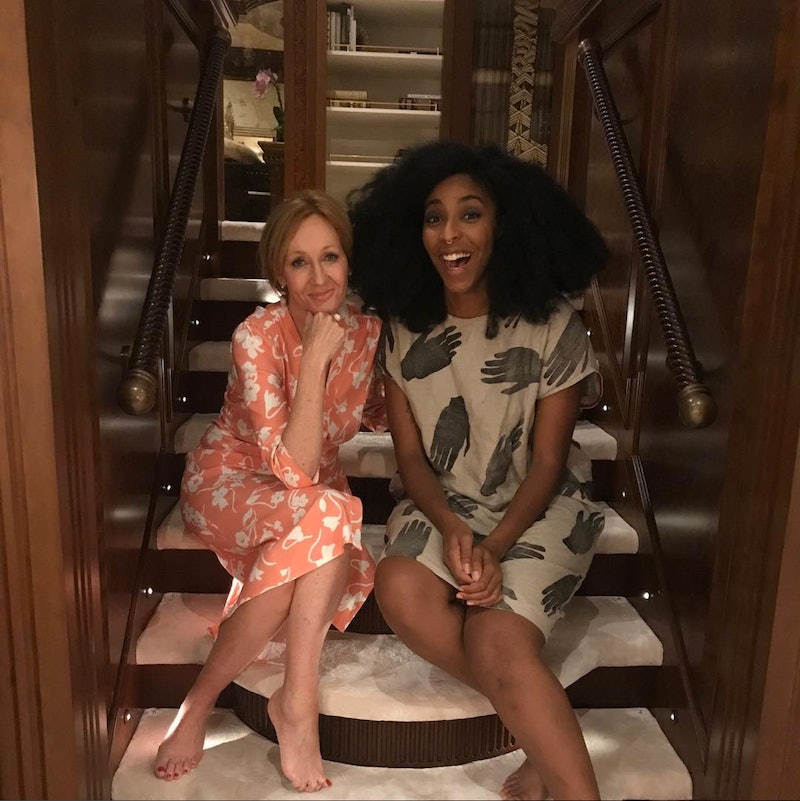 So on Monday, these two dope queens celebrated their birthday together in style. Jessica Williams even wore a tiara — and J.K. Rowling hinted that she had one but took it off because it "pinched." (Only a true queen has to deal with problems like too-small tiaras, after all.) They had a birthday cake each, and ever since J.K. Rowling uploaded a photo to document the occasion, the Internet has been exploding with excitement and envy. Nothing has got us quite this excited since the day we discovered Neville Longbottom got hot. So what does a Muggle have to do to get an invitation to their next birthday party?

The photo doesn't show who else was invited to this happy occasion, but I hope everyone on that guest list knew quite how lucky they were to celebrate with these birthday girls in person.

I can't wait to see what mischief J.K Rowling and Jessica Williams will manage next, but I hope "Jo Jo" remembers to bring her tiara this time.