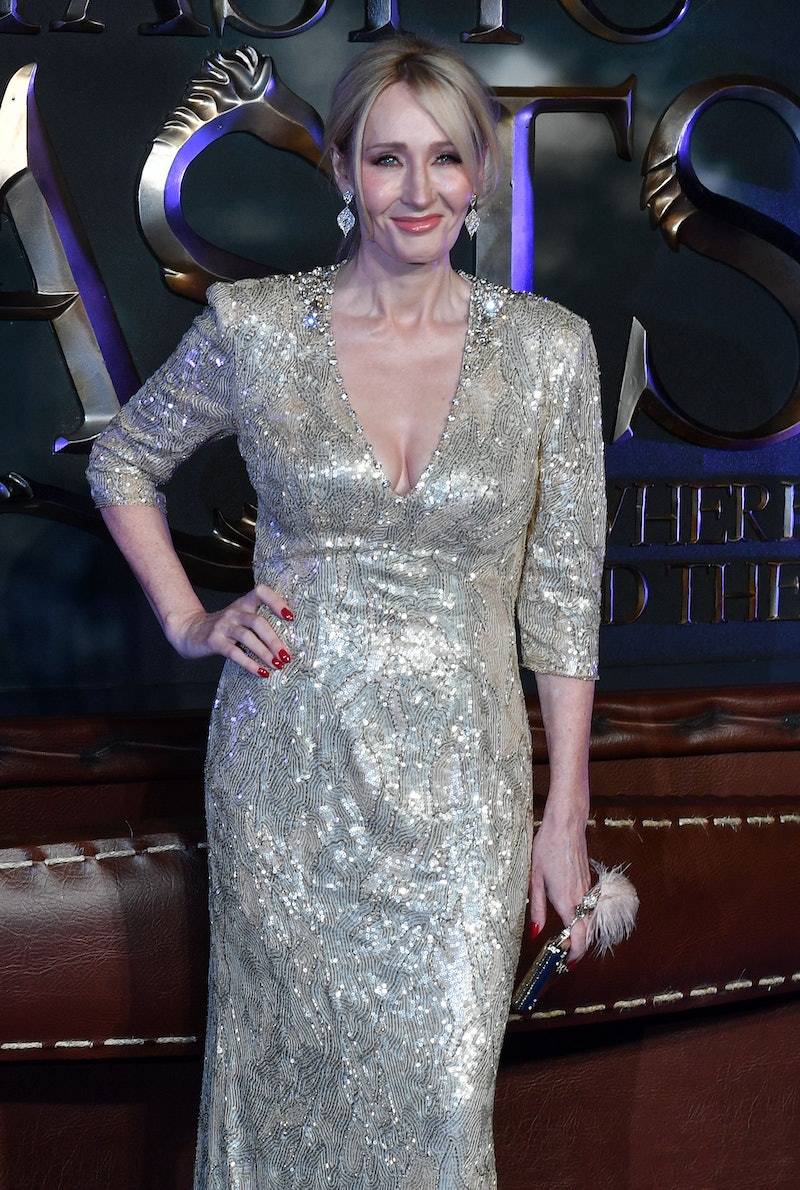 If you've wondered when you can get your hands on the next J.K. Rowling book — And haven't we all? — you were probably super-excited to learn that the Harry Potter author is working on two new books. She still hasn't told us what, exactly, she has on deck, but J.K. Rowling says her Twitter banner "sums up everything" she's working on right now, and Internet sleuths are all over it.

Rowling made headlines in December, when she announced via Twitter that she had two new books coming out: a Robert Galbraith novel and another, presumably Harry Potter-related, title. On Thursday, Rowling tweeted: "It's hard to find a header that sums up everything I'm working on at the moment, but this painting comes close! It's by Harmen Steenwyck."

The painting, Still Life: An Allegory of the Vanities of Human Life, is a vanitas: a type of still life, attached to the Renaissance of northern Europe, that contains objects and images to symbolize the inevitability of death and the futility of life's frivolities. Other famous vanitases include works by Willem Claesz Heda, Jan Vermeulen, and Steenwyck's brother, Pieter.

So what is J.K. Rowling working on right now? It's difficult to say, but it seems as if we'll have a lot of feelings to go along with her two new books.