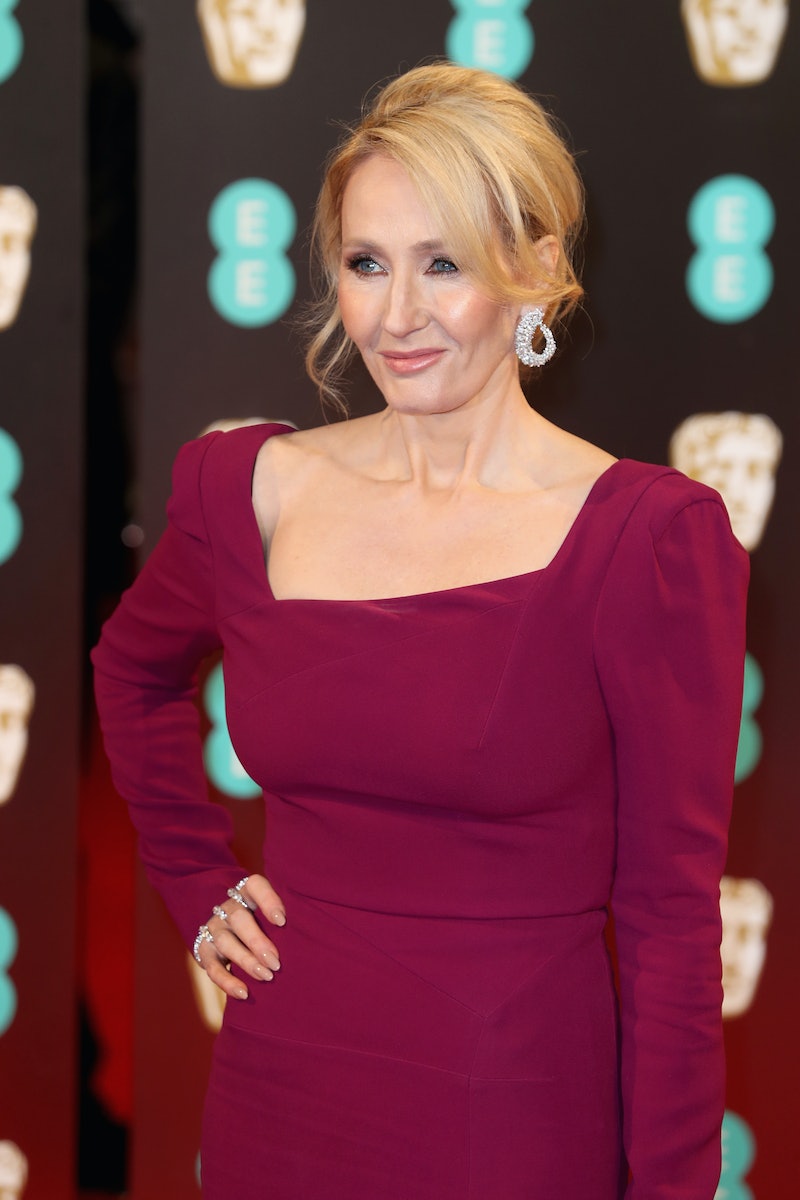 On Friday, using less than 2,000 characters, J.K. Rowling just roasted men who slut-shame women in just 14 tweets. Subtweeting an unidentified man "whom [she] thought was smart and funny," but whom she had recently unfollowed for calling U.K. Prime Minister Theresa May a "whore," Rowling performed a glorious takedown of supposedly progressive men who readily stoop to using gendered insults against women they disagree with.

Look, Theresa May and her politics are all kinds of problematic. She vilifies immigrants and refugees, pinning the U.K.'s economic woes on them. May had plans to fast-track her country's leave from the E.U., colloquially known as Brexit, although that path has recently been obscured by her Conservative Party's loss of the parliamentary majority. She also touts a budget and philosophy so austere that "it would change the nature of Britain," according to The Guardian.

However, not one bit of that, or even all of it put together, is enough to legitimize the use of a gendered, slut-shaming, anti-sex-worker slur against May. She doesn't deserve it, sex workers don't deserve it, and women across the world don't deserve it. If your argument hinges on the fact that you disagree with the kind of sex you think someone has, you've already lost. If the only coherent response you can come up with involves attacking a person, and not her argument, you've already lost.

It's clear that Rowling has lost none of her superior Twitter-takedown abilities. Check out her full Twitter thread below, while sipping on a cup of hot tea for maximum enjoyment.