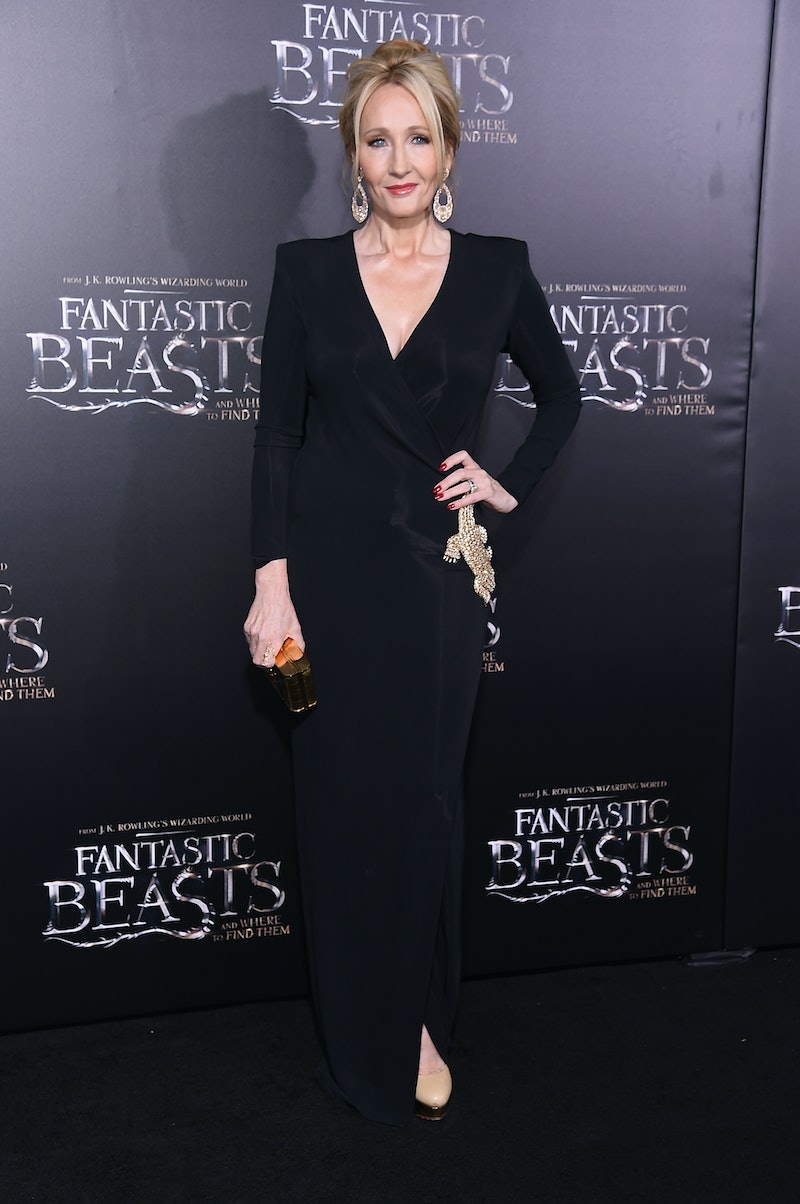 If you're trying to remember how to turn on the light in these dark times, J.K. Rowling's Twitter feed is a good place to start. The Harry Potter author shares news stories from around the world every day, often with commentary, and I've got the sassiest J.K. Rowling tweets of the year so far for you to enjoy below.

An outspoken progressive, Rowling frequently comes under attack from neo-Nazis and other bigots, many of whom threaten to burn her books — as if she didn't get enough of that 15 years ago. When she criticizes Donald Trump, Rowling finds herself put on blast by his supporters, who tell her to keep her British nose out of American business, in spite of the fact that U.S. politics have a huge impact on the world at large.

Although Rowling is known for her quick-witted, generally polite responses to her detractors, she's not afraid to lose the kid gloves and go HAM on a Nazi when one tries to step to her. She's the caliber of superhero we need in these awful days, and thank God and Dumbledore for her.

Check out J.K. Rowling's sassiest tweets of the year so far below, and share your favorites on Twitter!

More like this
Rupert Grint Just Shared A *Major* Update About Ron Weasley’s Future
By El Hunt
Twitter Can’t Believe The Madonna Biopic Is Scrapped & Fans Have A Solution
By Alyssa Lapid
Twitter Is Identifying With Sally Field & Jane Fonda’s Friendship In New Viral Video
By Jake Viswanath
Prince Harry Incorrectly Recites Christina Aguilera’s “Genie In A Bottle” Lyrics
By Jake Viswanath
Get Even More From Bustle — Sign Up For The Newsletter
From hair trends to relationship advice, our daily newsletter has everything you need to sound like a person who’s on TikTok, even if you aren’t.