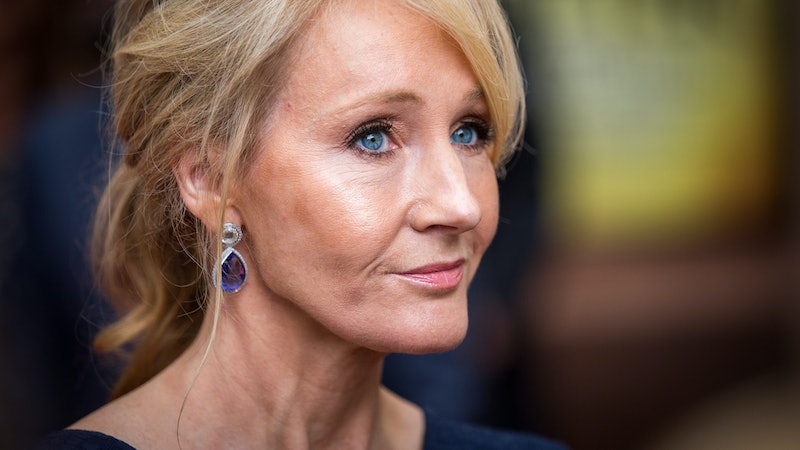 It's been just over four years since actor Alan Rickman sadly passed away at the age of 69. The BAFTA Award-winner was beloved by many for his portrayal of Severus Snape in all eight Harry Potter films, and during a recent social media interaction with an adoring fan, author J.K. Rowling shared an emotional tribute to Alan Rickman.

Posted earlier this week (April 7), the initial tweet read, "Tonight in Italy they air Harry Potter and the Deathly Hallow Part 2. As always, I'm NOT ready to say goodbye to Severus Snape Thank you @jk_rowling for this unique character and for convincing Alan Rickman to portray him - we had the perfect Severus Snape."

The message prompted Rowling to reply, "In Harry Potter & the Cursed Child, Snape makes his first appearance with his back to the audience. At the dress rehearsal I saw him in his long black wig & my eyes filled with tears because, for a split second, my irrational heart believed when Snape turned round, I'd see Alan."

Rowling's tweet referred to the stage adaptation of Harry Potter & the Cursed Child, which first opened in London's West End back in July 2016 — just six months after Rickman lost his battle with Cancer.

As Digital Spy reports, this isn't the first time Rowling has paid tribute to the Harry Potter star, and at the time of the actor's death, the award-winning author took to Twitter to express her condolences.

"There are no words to express how shocked and devastated I am to hear of Alan Rickman's death," she wrote, before describing the fan-favourite as a "magnificent actor" and "wonderful man."