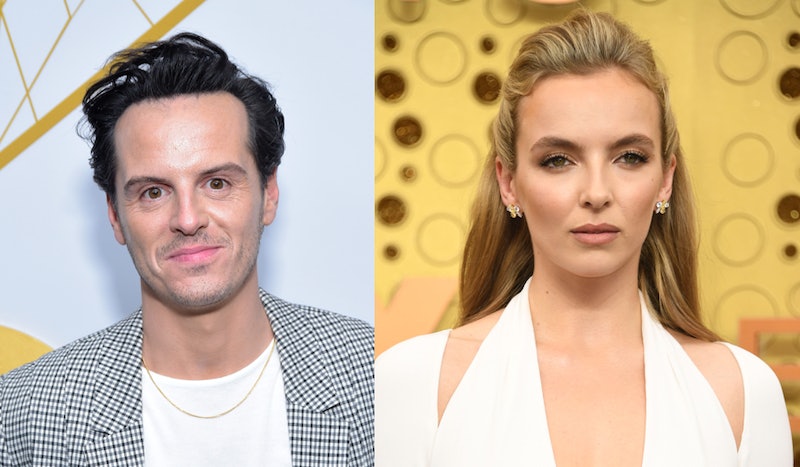 Awards season is upon us which means lots of memorable social media activity from celebs. The press and paparazzi may be able to capture all the best looks from the red carpet on the night but it’s the pictures taken and posted by the celebrities themselves which give you a real insight into what is going on behind the scenes. While she may not have walked away with her own award, Killing Eve’s Jodie Comer took best social media post of the night. Jodie Comer play-fought with Andrew Scott for Fleabag's Golden Globe and it’s too much greatness in one picture.

The 77th Annual Golden Globe Awards was held in Beverly Hills on Jan. 6 and to say it was a star studded affair would be a massive understatement. Quentin Tarantino, Russell Crowe, and Michelle Williams all won big. And it wouldn’t have been an awards ceremony if Fleabag hadn’t have been recognised. After the series won best musical or comedy TV series a picture of Hot Priest Andrew Scott appeared on another famous pal's instagram. Only Scott wasn’t posing with his award. Instead Killing Eve and Doctor Foster star Jodie Comer appeared to be jokingly prizing it out of his hands. In the caption she wrote, “it’s just a thrill to be nominated…”

Comer was nominated for best performance by an actress in a drama series for her sensational character Villanelle but lost out to Patricia Arquette. Olivia Coleman took the Golden Globe for her performance in The Crown. The Hot Priest didn’t go unrecognised as Scott was also nominated as best supporting actor in a TV series but lost out to Stellan Skarsgård.

Fleabag was a big winner at the Golden Globes as it walked away with the award for best musical or comedy series and Phoebe Waller-Bridge won best actress in a musical or comedy series. Comer worked with Waller-Bridge on Killing Eve and speaking about working with the hot priest himself Waller-Bridge joked, “he could have chemistry with a pebble. I loved being Andrew’s pebble in this. Thank you so much for bringing so much fire to this season.” I think a lot of people would have volunteered to be that pebble.