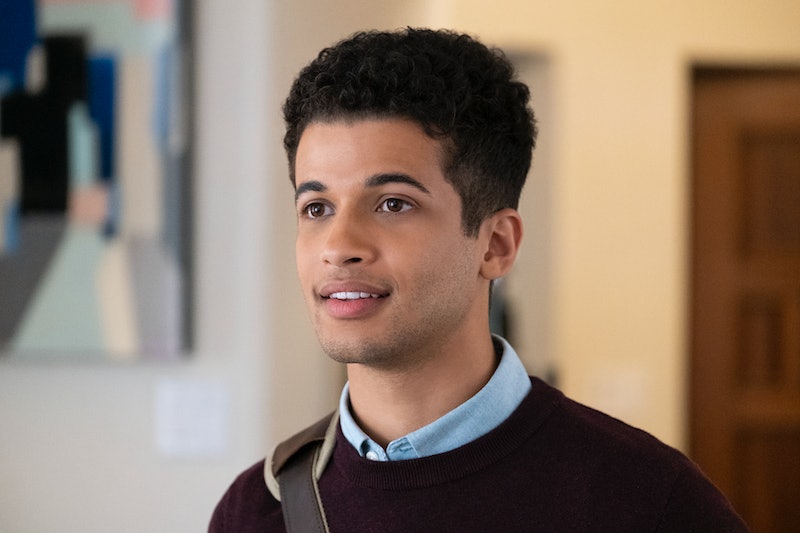 Peter Kavinsky better watch out: he might make a perfect boyfriend, but John Ambrose is pure husband material. At least that's what To All The Boys: P.S. I Still Love You star Jordan Fisher says. And he's not the only one who thinks so.

“Peter Kavinsky in high school and college is pretty great, but John Ambrose is the marrying type," Fisher told TIME in a recent interview, possibly hinting at a John Ambrose and Lara Jean endgame. He might have a point. In P.S. I Still Love You, Peter is sweet and funny, but he's also caught up in high school games and drama with his ex-girlfriend. John Ambrose, on the other hand, is more mature, loves reading, plays the piano, and volunteers with Lara Jean at a retirement home. Ultimately, Fisher thinks that Lara Jean and John just aren't right for each other right now, in high school, but when it comes time for Lara Jean to settle down, she might choose differently.

And Fisher's not the only cast member to feel this way. In an interview with Popbuzz, Lana Condor explained how her feelings transformed after watching the movie with fans and noticing their strong reaction to John Ambrose. "So originally, I was always Peter Kavinsky, but I had a moment of, 'Oh, man...this might be changing'" she explained. "I think date a good old Peter Kavinsky, marry a good old John Ambrose."

Anna Cathcart, who plays Lara Jean's little sister in the movie, said almost the exact same thing in an interview with MTV. "Maybe Peter is like, right now boyfriend and then John Ambrose is like, endgame boyfriend," she said.

So even though cast and fans might find Peter to be a good boyfriend, challenging Lara Jean and encouraging her to grow, they're not so sure when it comes to a long-term relationship, which begs the question, will John Ambrose be in To All The Boys 3? The movie that will end the trilogy doesn't have a release date yet, but it's the question on everyone's mind. "I can not confirm or deny," Fisher told Entertainment Tonight when asked if he'd return to the role. "But it has happened, so we'll have to see."

More like this
Netflix Shut Down 'Bridgerton' S3 Rumours About A “Very Dark” Storyline
By Bustle
Here’s Everything Coming To & Leaving Netflix In February
By Jake Viswanath
'The Queen’s Gambit' Season 2 Tweet Wasn’t From Anya Taylor-Joy
By Mary Kate McGrath, Jack Irvin and Grace Wehniainen
'Wednesday' Star Emma Myers Thinks A Wenclair Storyline Is “Possible” In Season 2
By Alyssa Lapid
Get Even More From Bustle — Sign Up For The Newsletter
From hair trends to relationship advice, our daily newsletter has everything you need to sound like a person who’s on TikTok, even if you aren’t.