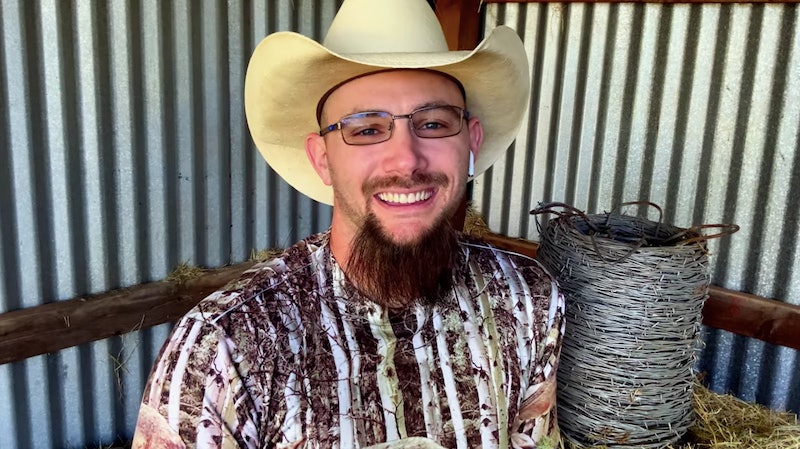 Since the events chronicled in Tiger King, John Finlay has undergone quite the transformation: he fully covered up his Joe Exotic tattoo, got a new set of teeth, and even got engaged. His fiancée Stormey is an accountant who he met online in 2019, Finlay told People. They now live together in Oklahoma and planned to get married this summer, though those plans have been waylaid due to the COVID-19 pandemic. "We've put things on hold because nobody would be able to travel or anything," Finlay told the publication. "So that date has yet to be set in stone."

In fact, the wedding was Finlay's main motivation for getting his new smile. "I was like, 'Before we get married, we're getting my teeth fixed,'" he recalled in an interview with Us Weekly. "And within that week [Stormey] had an appointment scheduled, and it was done."

Finlay also told People that he's "not really a people person," which is something Stormey is trying to help him with. "I used to have a lot of pent-up negative thoughts and [a] bad aura about myself," he explained. "I just quit thinking about the past and the negative stuff that's happened to me, and now I'm engaged and we're having a really good life."

Finlay echoed these sentiments in his interview with McHale during the new Tiger King after show, explaining that he and Stormey have never kept secrets from each other — including his relationship with Joe Exotic. He said that they watched all seven Tiger King episodes together the day that it was released. "I had to know what was on it, and so did she," he said. "We had to be kind of prepared to know what was gonna go on!"

Finlay also has a daughter with the G.W. Zoo employee he dated during his time there, according to an interview he did for Lights Out with David Spade. "We had a kid, we spent three years together, we never got engaged, never got married, anything like that," he clarified.

Having a kid is what motivated Finlay to get sober. "When my daughter was born, I decided to never touch another drug ever again," he told McHale. With Joe Exotic and the zoo behind him, it seems like Finlay, his fiancée, and his daughter are doing well and ready to start their next chapter.