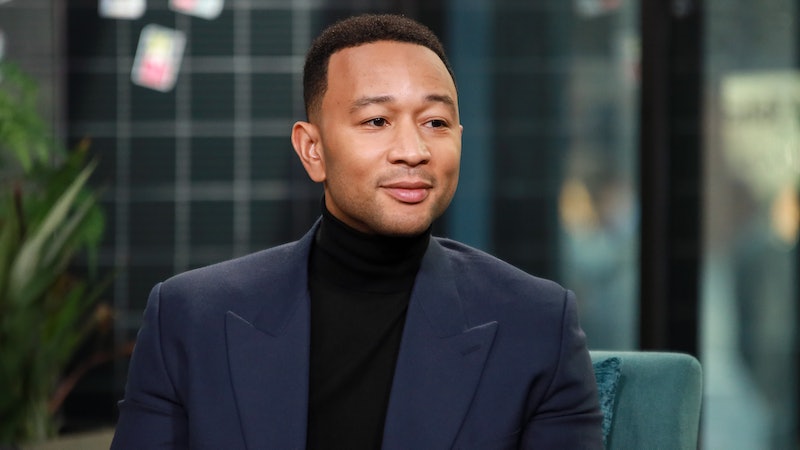 Amid widespread national protests and calls for justice, John Legend paid tribute to Breonna Taylor on what would have been her 27th birthday. In his June 5 op-ed for Entertainment Weekly, the 11-time Grammy winner began by addressing America's "long past due reckoning," noting that in Louisville, Kentucky — where Taylor was killed in her home during a police raid on March 13 — "protesters fighting police violence . . . have been met by even more violence from the Louisville police." Even so, he said, Kentucky residents have continued to show up to demand justice for Taylor.

The three officers involved in her shooting are still on administrative leave, according to the Louisville Courier-Journal, and despite the FBI in Louisville announcing they opened an investigation into Taylor's death on May 21, none of the them have yet been charged with any crimes related to the shooting. As a result, petitions calling for the officers to be fired have amassed millions of signatures. Legend's op-ed also included an appeal for readers to consider donating to Color of Change or the Equal Justice Initiative to help combat systemic racism.

"As we continue to work towards systemic change, I join Breonna's community in the immediate demand for justice: Kentucky Governor Andy Beshear, Attorney General Daniel Cameron, and Louisville Mayor Greg Fischer should finally arrest the three officers who killed Breonna and charge them with second-degree murder," Legend wrote. "Until elected officials create consequences for egregious and fatal police misconduct, they will continue to kill us with impunity."

He also detailed the events of Taylor's death when Louisville police officers broke down the door to her apartment and shot Taylor eight times during an attempted drug sting. Police say Taylor's boyfriend, Kenneth Walker, who was licensed to carry a gun, fired at the officers after they forced entry into the apartment. Legend wrote that police had "the wrong home and an illegal no-knock search warrant" and that Walker "thought someone was burglarizing their home."

Zeroing in on the contributions Taylor made to her community, the musician also emphasized the future that was taken from her. "Like so many Black women, she was an essential worker, an emergency medical technician, the kind of first responder we depend on to save lives during this ongoing pandemic," Legend wrote. "She had planned on becoming a nurse and dreamed of being a wife and mother. She was on her path."

"Now is the time for us to join together and emphatically SAY HER NAME..." he wrote. "While her loved ones need to be indeed in our prayers on this hard day, we also must commit to never stop fighting for justice in her name."