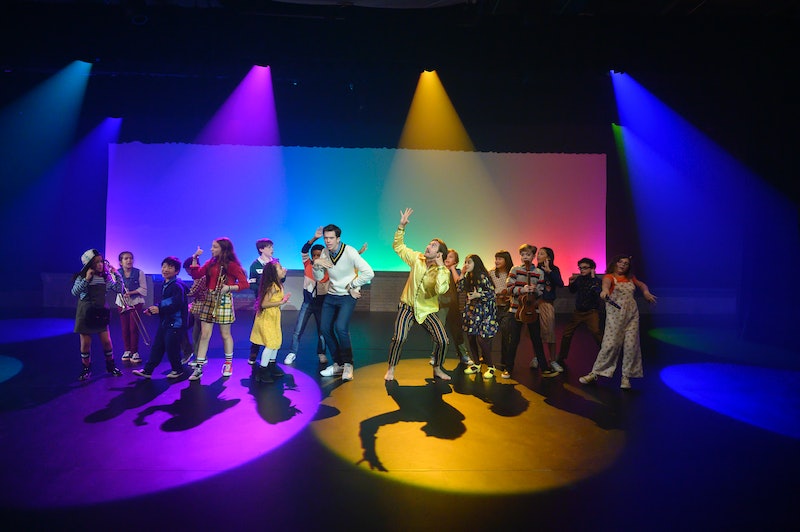 As a former writer for Saturday Night Live, John Mulaney knows a thing or two about celebrity guest stars. For his children's musical show on Netflix, he put this experience to good use. The guest stars in John Mulaney & the Sack Lunch Bunch include fellow comedians, Tony winners, and even Mulaney's wife. The real stars of the show are, of course, the Sack Lunch Bunch themselves — Jacob, Lexi, Tyler, Jake, Oriah, Isabella, Linder, Camille, Orson, Zell, Alex, Cordelia, Suri, Ava, and Jonah. But watching these 8- to 13-year-old kids interact with beloved celebrities makes Mulaney's ridiculous throwback experiment all the more endearing.

The theme song for John Mulaney & the Sack Lunch Bunch claims that there's only one guest star — Richard Kind. Mulaney's Big Mouth costar was most likely singled out since his name conveniently rhymes with lines like, "Let's see what's on his mind" and "What adventures will we find." But the song is misleading since Kind is joined by some major A-listers (looking at you, Jake Gyllenhaal) in John Mulaney & the Sack Lunch Bunch.

As for missed opportunities, Mulaney expressed to his pal Seth Meyers that he was disappointed he couldn't land former presidential candidate Michael Dukakis. But the comic did get a consolation prize in his wife appearing on the show. As Mulaney told Entertainment Weekly, his wife Annamarie appropriately plays "some guy's wife" during the David Byrne segment. Here's everyone else who pops up to get existential through silly songs with Mulaney and crew.