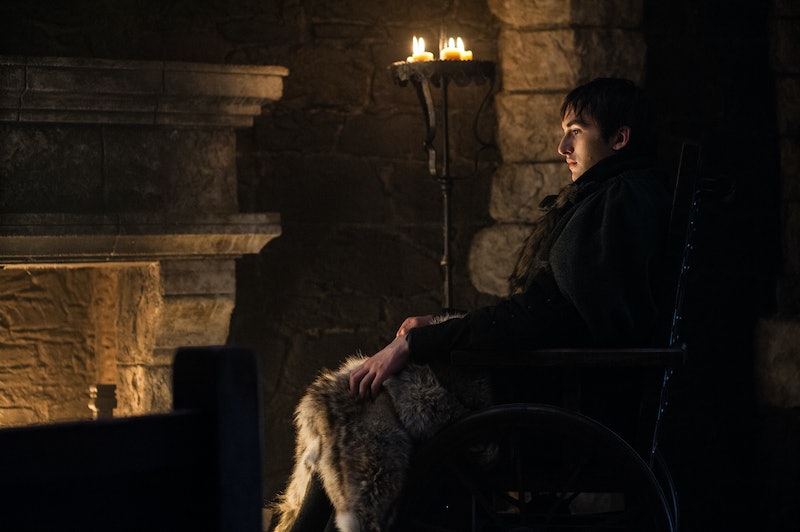 Not only did the crack Game of Thrones detective team of Bran and Sam (and Gilly) officially determine that Jon Snow is the true born heir to the Iron Throne, but the Three-Eyed Raven also revealed his birth name. Of course, knowing this show, there's a bit of a catch. Jon Snow's real name is Aegon Targaryen on Game of Thrones — a name he shares with Elia Martell's son, his true half-brother.

That's an odd choice, wouldn't you agree? Before Daenerys' nephew was even born, Elia Martell had two children named Aegon and Rhaenys. They were killed by The Mountain, along with their mother. That's who Oberyn Martell was trying to avenge during Tyrion's trial by combat in King's Landing.

Why give your son the same name as your other son? Was the first Aegon already dead? He was in the books at that time. Robert's Rebellion lasted several years. Perhaps Rhaegar wanted to both honor and solidify his legacy by naming Jon after his first born.

It's also a name that holds a lot of weight on Game of Thrones. All of these highborn kids grew up learning about Aegon the Conquerer and his three dragons. Jon heard Maester Aemon Targaryen talk about his brother Aegon, who he used to call "egg" for short. That Aegon was the Mad King's father. There was a Targaryen bastard named Aegon who fled to Essos and founded the Golden Company — the very army of sellswords that Cersei Lannister has just hired. There's even one King Aegon Targaryen who was a usurper, and bares a scar that's strikingly similar to Tyrion Lannister's. Maybe everyone is Aegon Targaryen.

Will Jon go by his true name in Season 8, once he learns it? Considering what he told Theon about being both a Greyjoy and a Stark, that doesn't seem likely. The King in the North seems to believe in nurture over nature. He may be Aegon Targaryen, heir to the Iron Throne, but he was Ned Stark's bastard first.