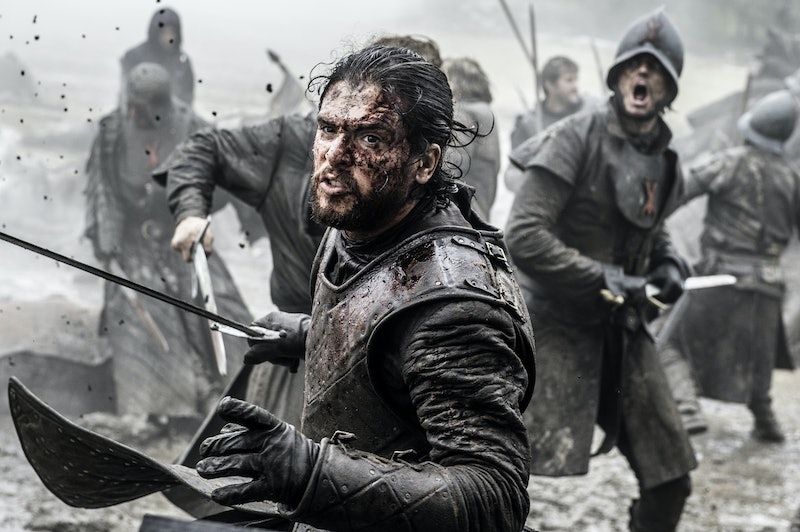 If Empire magazine's new spread on Game of Thrones Season 7 proves to be correct, Bran Stark may know Jon Snow's real name. At the end of Season 6, the show finally confirmed that Rhaegar Targaryen and Lyanna Stark are the former Lord Commander's true parents. The pivotal scene also sees Lyanna whisper the name of her child in her brother's ear, but in order to keep Jon safe, Ned couldn't give him the name his mother intended. So, what is Jon Snow's real name? According to Empire, his name is Jaehaerys Targaryen.

HBO has not confirmed this information and it's unclear whether or not the magazine knows Jon's birth name for sure, or if they're simply going off of the information provided by lip readers at the end of Season 6 — many reported that Jaehaerys is the name Lyanna whispered. Either way, they casually drop the name bombshell in a blurb devoted to Bran and the wealth of information his greenseer skills have bestowed upon him so far. If Bran did hear what Lyanna whispered to his father, then the show is going to need to provide fans with a Bran and Jon reunion as soon as possible.

Having Lyanna choose the name Jaehaerys for her son would make sense since it's an old Targaryen family name. The books reveal there have been two kings named Jaehaerys, and both of them were fair and well-loved by their people. Now that Jon has been named the King in the North, he could be the third Targaryen with the name to sit the Iron Throne.

Bestowing Jon with the name of two men known for being strong, kind leaders may be considered prophetic on Lyanna's part. It's possible she wanted to give her son a moniker that would both tie him to his Targaryen roots and inspire him to strive to be the best man he could possibly be. She had to know Jon wouldn't be able to go by his name publicly in the aftermath of Robert's Rebellion, but surely, she hoped Ned would one day tell her son the story behind his true parentage.

Now every person who has ever acted as a parent to Jon is gone. The only way he will ever be able to know his given name will be if Bran both heard the information during the Tower of Joy scene and reunites with his adopted brother so he can tell him what he learned. After everything he's been through in his young life, Jon deserves to know the truth about his heritage and the heroic name his mother bestowed upon him. With war looming, Jon could use both the sense of peace and the boost of courage learning he is Jaeherys Targaryen could bring.