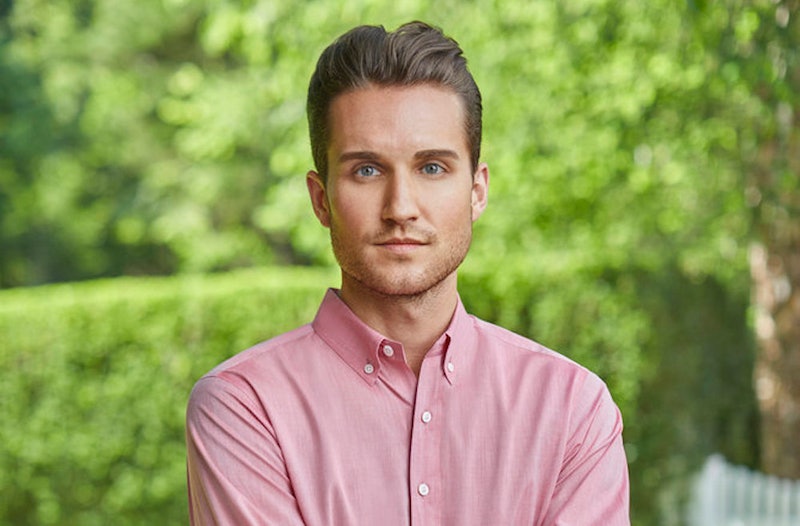 The Hamptons better watch out because Jordan from Summer House is here to make a splash. The model/entrepreneur entered the show with a crush on coworker and fellow cast member Paige, but he's also made it clear he's an eligible bachelor (like, literally, the dating app Hinge named him as such) with eyes for cast member Danielle as well. That alone sets him up for plenty of drama this season, which is probably why Bravo cast him in the first place. But there's more to Jordan than what you see on your screen, so it's time for fans to get to know the man off camera.

When Summer House was filmed, Jordan worked with fellow Bravo stars Paige and Hannah at Betches. His LinkedIn says he was on the client relationships team, but he left that job in November 2018 to focus on other projects. Jordan models (of course) and he's also in the app game. According to his LinkedIn, he's an advisor for Pangea.app (which helps college students find work) and Element (which helps you meet people with similar interests). But Jordan also founded his own app called CapGenius, which helps its users come up with clever social media captions. So, like, his own captions should be genius, right? Eh. Depends. Here are some of his offerings:

Verdict: Not bad, I always love a pun.

Verdict: Is the app CapGenius or PunGenius, because I'm sensing a trend.

Verdict: Terrible. But he also didn't tag CapGenius in this one, so maybe his app didn't help on it? He probably should have used the app, though, because his choice was just cheesy and bad.

Aside from his modeling career and app business, Jordan's mostly been busy promoting Summer House. Only one episode has aired so far, but it already set the stage for drama to come. The preview for the upcoming episodes hints that multiple women in the house may develop feelings for him. Jordan already said he was flirting with Paige at the office, and then he was flirting with Danielle in the hot tub, and it seems like Lindsay may have a thing for him too. That's a recipe for drama, drama, drama. But one person he seemingly won't have any romantic issues with is Hannah. She was very clear in the first episode that they're just friends. "Jordan is not my boyfriend. We strictly work together," she said.

And Jordan's Bravo bio hints that he won't only have romantic drama this season, but also some problems with people not trusting him. The bio reads, "Also known to the group as a man of mystery, Jordan often leaves his housemates questioning his intentions and the truths behind his stories." Uh oh. Things are about to go down.