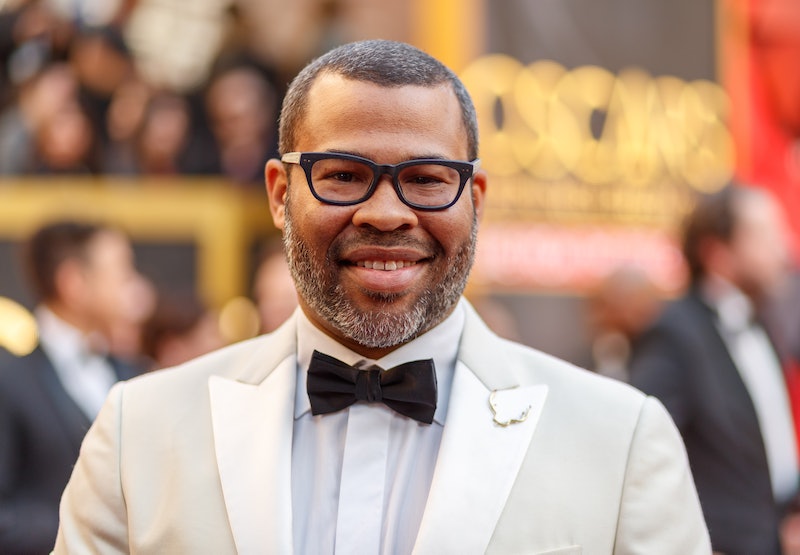 Following news that Jordan Peele would revamping the sci-fi classic, The Twilight Zone now has a release date that will offer fans a super sized dose of the anthology series. TV Line revealed that the show will premiere its first two episodes on Monday, April 1. The announcement, which IndieWire reveals was made on Wednesday Jan. 30 during the Television Critics Association press tour, also shared that the series will then debut weekly installments every Thursday starting April 11 on CBS' All Access.

Although details surrounding the show still remain scarce, the new Twilight Zone, which has been described by Deadline as a “modern reimagining” of the series sounds like it will bring an amazing new twist on the classic with Peele at the reigns. With the success of his 2017 box office hit Get Out, Peele has more than proven that he is the perfect person for The Twilight Zone reboot. Thanks to its poignant message and flawless execution, Get Out became both a critical and financial success, taking in $255 million at the worldwide box office and scoring a total of four Academy Award nominations — including a Best Director nod and Best Screenplay win for Peele.

Like many episodes of The Twilight Zone, which originally ran on CBS for five seasons from 1959 to 1964, Peele's satirical horror film featured an ingenious plot twist while focusing on real world fear and social realities — two aspects that Peele seemingly seeks to merge into the forthcoming anthology revamp. In Dec. 2017, Peele told Variety, "Too many times this year it’s felt we were living in a twilight zone, and I can’t think of a better moment to reintroduce it to modern audiences."

Peele first announced plans to revive The Twilight Zone in December 2017. Prior to that, CBS had revealed they were planning to reboot the sci-fi. This past September, Peele's Monkeypaw Production tweeted that Peele would also host and narrate the series. Peele's version will become the franchise's third revival and will land him as the first filmmaker of color to be handed The Twilight Zone reins. The franchise's first reboot premiered in 1986 on CBS and ran for 110 episodes. The second, featuring Forest Whitaker, premiered in 2002 on UPN and lasted 43 episodes, according to TV Line.

The new Twilight Zone will certainly be a must-see and now that a premiere date has finally been revealed, fans of all ages can be prepared to be transported to the next dimension in the very near future.