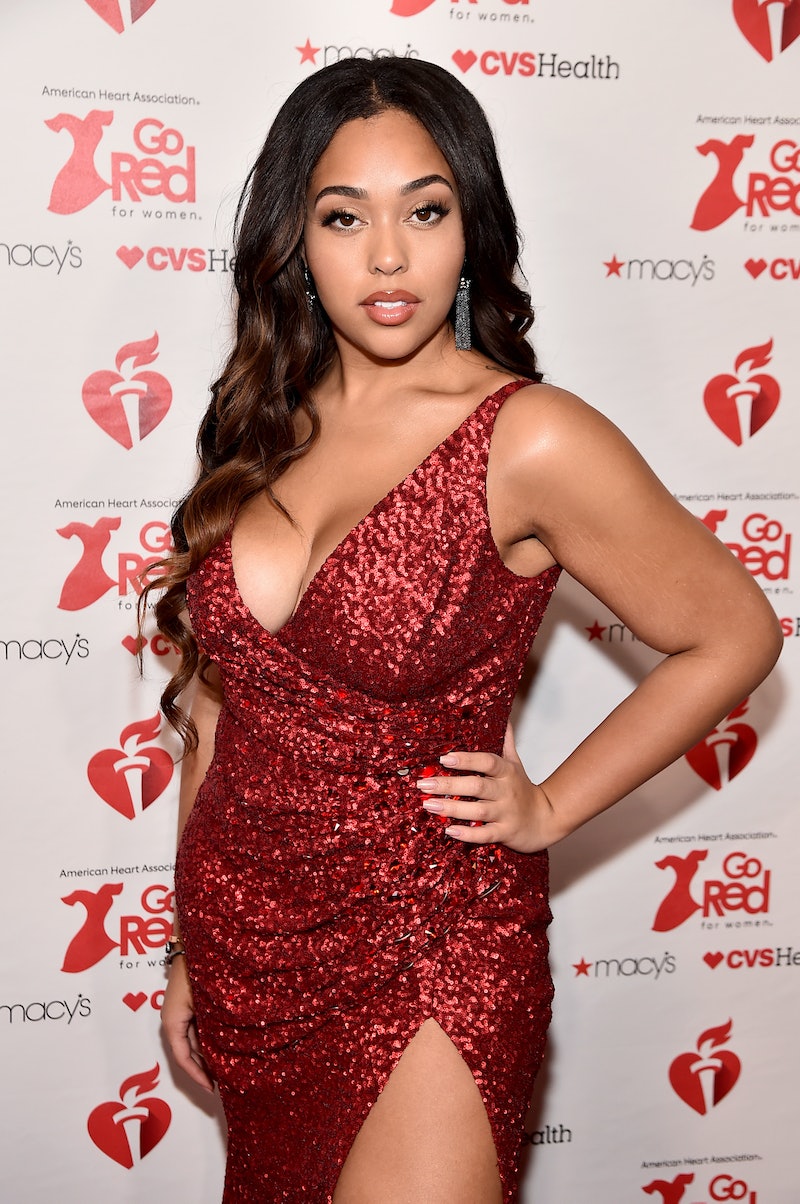 Almost two months after news broke about Tristan Thompson and Jordyn Woods' cheating accusations, Woods' mother Elizabeth is speaking out. On Sunday, April 7, Jordyn's mom called out people trying to profit from the scandal by selling merchandise that made light of the situation in a lengthy Instagram post, and now, she's asking for her daughter's supporters to help fill her in on who else might be selling similar products.

In the post, Elizabeth shared a photo of a pillow and two similar T-shirts that feature a screenshot or images from Jordyn's appearance on Jada Pinkett Smith's Red Table Talk, along with the quote, "I don't need your situation," which Jordyn said in reference to Thompson's turbulent relationship with Khloé Kardashian.

In her caption, Elizabeth said that she and Jordyn haven't authorized any of the merchandise being sold and asked her followers to tag any companies that might be selling it in the comments. She wrote:

"We are well aware that many people have been selling merch. If you are aware of any companies selling merchandise and trying to benefit from our situation, please tag them below. We would like for the world to know that we have not authorized any of this and have not profited from any of these sales whatsoever. Thank you for all the support and love."

Elizabeth is right — so far, there are a lot of products out there related to a situation that seems to have caused Jordyn a lot of pain. Just searching her name on Etsy brings up several varieties of shirts bearing the phrase "I don't need your situation," and even a greeting card with a drawing of Jordyn's face on it that says, "I love you more than Tristan loves cheating."

Redbubble brings up more of the same, and since the internet is a very big place, that's obviously not the end of it. It's understandable that Elizabeth and Jordyn would want these products removed, especially since Jordyn's been keeping it very low key in the month since the scandal became public. As Entertainment Tonight pointed out, she and her mom have been spending a lot of time in London recently, which makes sense, since going out in LA has to have become pretty stressful for Jordyn lately.

It's been more than a month since Jordyn told her side of the story on Red Table Talk, and it's unclear if she will ever mend her friendship with Kylie Jenner or the rest of the Kardashians. For now, it seems like she's spending time with her family and taking space from living in the public eye. (During the aforementioned interview, Jordyn denied ever being "intimate" with Thompson; Bustle previously reached out to reps for Jordyn, Khloé, and Thompson about the scandal, but did not hear back.)

Although people certainly have their own opinions on the situation involving Jordyn and Thompson, it makes sense that she and her mother wouldn't want this kind of merchandise out there, especially since they aren't receiving any of the profits. So far, they haven't offered any updates on whether or not their efforts to stop these sales have succeeded, but maybe Elizabeth's Instagram post will help.

More like this
Jurnee Smollett’s Heart Is Healing
By Rebecca Carroll
Adele Says It Would Be “Wonderful” To Have Kids With Boyfriend Rich Paul
By Jake Viswanath
Why Sadie Sink Is Hopeful Max Will Return In Stranger Things Season 5
By Brad Witter
Rihanna Is America's Youngest Self-Made Woman Billionaire, According To 'Forbes'
By Hugh McIntyre
Get Even More From Bustle — Sign Up For The Newsletter