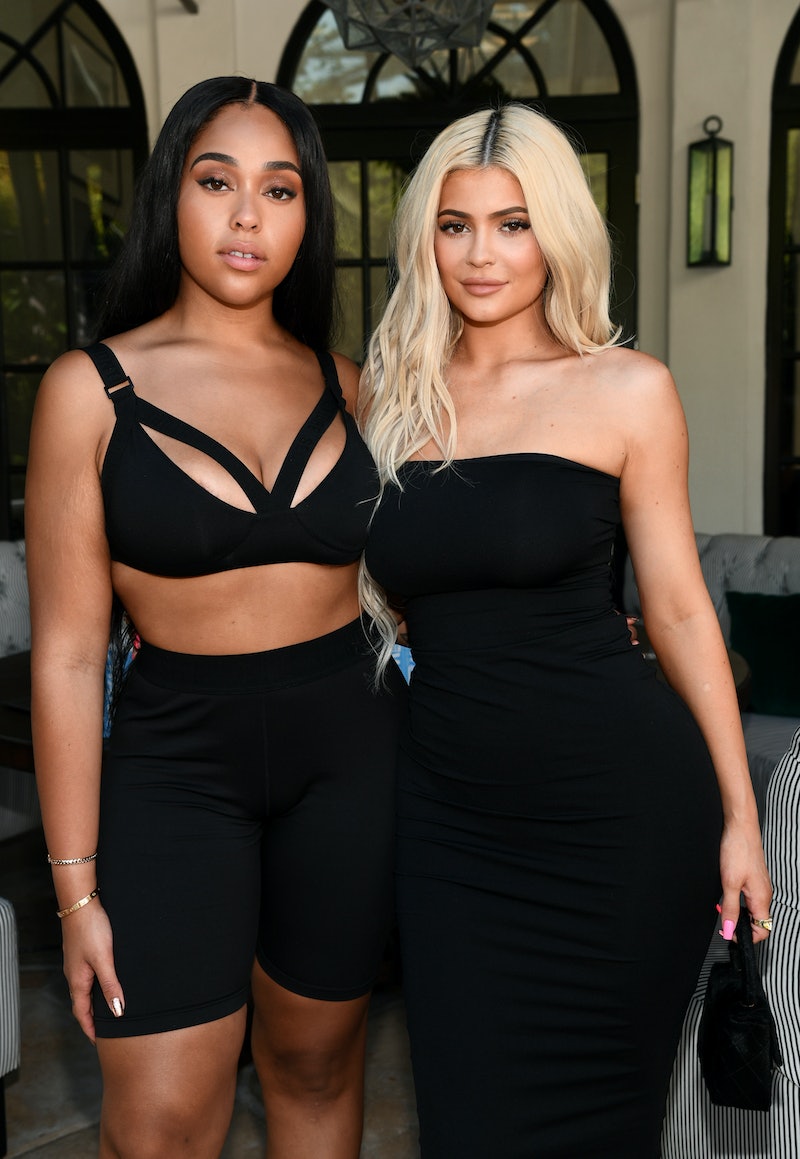 After all of the drama between Jordyn Woods and the Kardashian family, you might be wondering where Woods and her former (?) bestie, Kylie Jenner, stand today. Well, recently, Jordyn Woods opened up about her friendship with Kylie Jenner, per Us Weekly, and offered up some kind words about the Life of Kylie star.

On April 18, Woods was spotted by TMZ outside of LAX airport with her mother, Elizabeth Woods. One of TMZ's reporters asked the star what she thought about the Smith family supporting her (as they opened up about being there for her during her Red Table Talk interview with Jada Pinkett Smith). She replied, "Honestly, the whole world's support is amazing."

They then asked her about possibly rekindling her friendship with Jenner. While she didn't answer the question in any definitive terms, she did say, "I have love for everyone, always." Woods' mom echoed her daughter's statement, saying, more concretely, "We love Kylie." So, it doesn't appear as though there's any love lost between the former best friends — on Woods' end, at least. In light of her recent comments, and various reports about the state of the pair's friendship, it sounds like there's a definite possibility that the two could reunite sometime in the future.

In a recent report from Us Weekly, published on April 15, Jenner supposedly misses having her best friend around. The source claimed:

“Even though she’s out and about with friends like Heather [Sanders] and spending time with her team like Ariel [Tejada], they aren’t the same as Jordyn and not her ‘best friend.’ Jordyn was like a sister to her, and while she’s very close with her team and considers them her friends, she also knows they are employees and she pays them, so they have a different relationship.”

Us Weekly published a similar report in early April about how Woods apparently feels about her former bestie. According to the publication, she really misses Jenner and the Keeping Up With the Kardashians' daughter, Stormi Webster. “Jordyn is still very upset but trying to push on with her career and get her life back,” the insider told Us Weekly, "She misses Kylie as a best friend but is telling friends she actually misses Stormi the most. She looks at old pictures of Stormi and misses her every day.”

Jenner and Woods supposedly had a falling out back in February after word spread that Tristan Thompson reportedly cheated on Khloé Kardashian with Woods. (Bustle previously reached out to reps for Woods, Kardashian, and Thompson for comment on the situation, but has not heard back.) After the accusations were revealed, People reported Jenner's former friend had moved out of the Life of Kylie star's property.

In her Red Table Talk interview, which came out on March 1, Woods clarified that there was "never anything intimate" that went down between her and the basketball player. She also gave an update on her friendship status with the reality star by revealing that she was in contact with Jenner, but that they were not in the same place they once were.

While the pair seemingly took some time off from their friendship after the cheating scandal, it sounds like there's a possibility that they could get things back on track eventually. After all, as Woods even said, she'll "always" have love for Jenner.