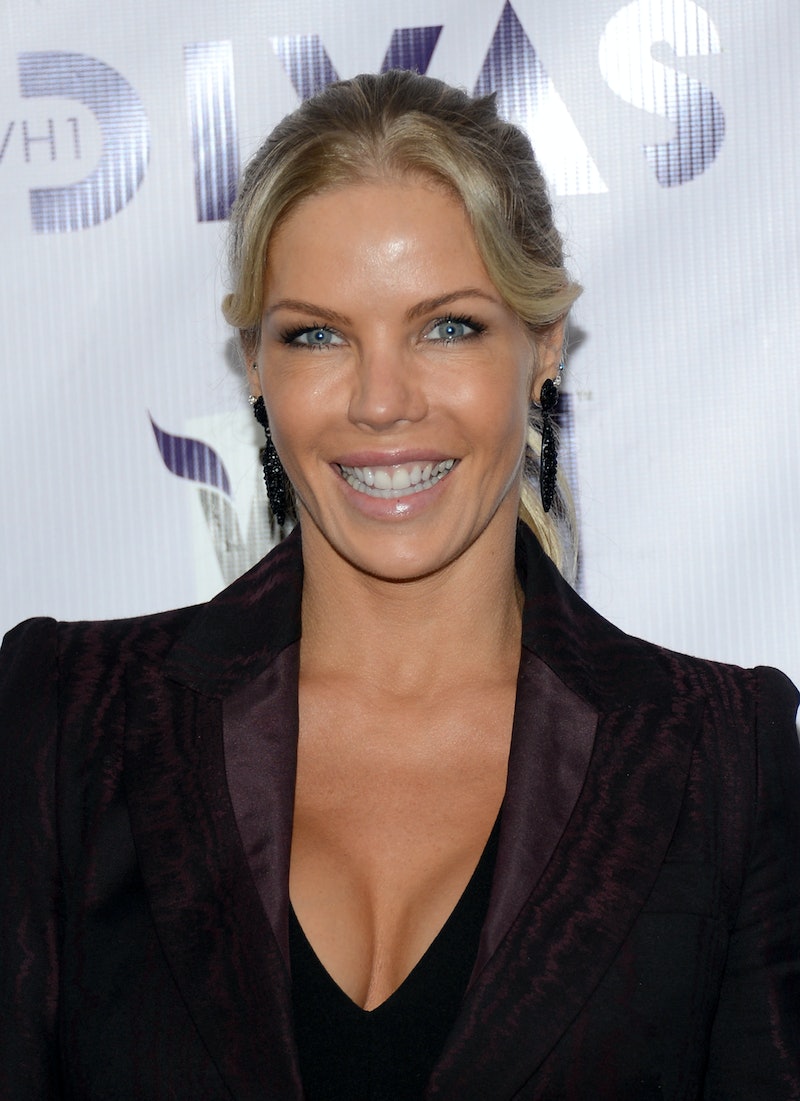 Two days after Jose Canseco made some shocking accusations on Twitter, Canseco's ex-wife responded to his Alex Rodriguez cheating claim, according to Us Weekly. In a series of tweets on March 10, Canseco claimed that Rodriguez had been cheating on his now-fiancé, Jennifer Lopez, with Canseco's ex-wife, Jessica. Well, Jessica was not about to let her name get dragged through the dirt, and has insisted that she and A. Rod are just longtime friends.

Until now, Jessica hadn't posted anything on Twitter since 2013. However, on March 12, she decided to come back in order to set the record straight. Her first tweet about the situation read,

"Those false accusations Jose is making are not true! I have known Alex for many years and haven’t even seen him for over 5. I certainly did not sleep with him. I am friendly with both him and Jennifer. As for Jose he can keep playing with his Alien friends."

First of all, good for her. Second of all, if you're wondering about that "Alien friends" part — well, apparently that's in regards to some tweets Canseco made earlier this year, in which he mentioned meeting aliens and Bigfoot, Us Weekly clarified. Interesting.

Jessica then posted a second tweet about the matter, in order to further clarify Canseco's claims about her relationship with Rodriguez. "In fact I don’t even get on twitter had to download app again and don’t watch tv and had no idea any of this was going on," she wrote. "Last time I saw Alex he was with Torrie [Wilson] and I brought my boyfriend over for dinner. We are just friends my god."

According to Page Six, Rodriguez dated Torrie Wilson from around 2011 until February 2015. Jessica likely mentioned that in order to support her statement about not having seen Rodriguez in several years.

In case you missed what Canseco said, the former Oakland A’s player first tweeted earlier this week, "Watching World of Dance watching J.Lo text Alex Rodriguez little does she know that he is cheating on her with my ex-wife Jessica poor girl she has no idea who he really is." He then added, "I was there a few months back with her when he called her on her phone." (Bustle previously reached out to reps for Rodriguez and Lopez about Canseco's claims, but had not heard back.)

Canseco wasn't done there, though. "Alex Rodriguez stop being a piece of sh*t stop cheating on Jennifer Lopez," he wrote. "Alex Rodriguez I challenge you to a boxing match or an MMA match anytime you want," the 54-year-old continued. Later that day, he then went on to say, "I am willing to take a polygraph to prove that what I'm saying about Alex Rodriguez is 100% accurate."

So far, neither Rodriguez nor Lopez has responded to Canseco's accusations. Honestly, that's not really too surprising, seeing as how they *just* got engaged. In the event that what Canseco said is, in fact false — as his ex-wife Jessica has recently said — the happy couple is probably just trying to ignore the whole thing and focus on their wedding.