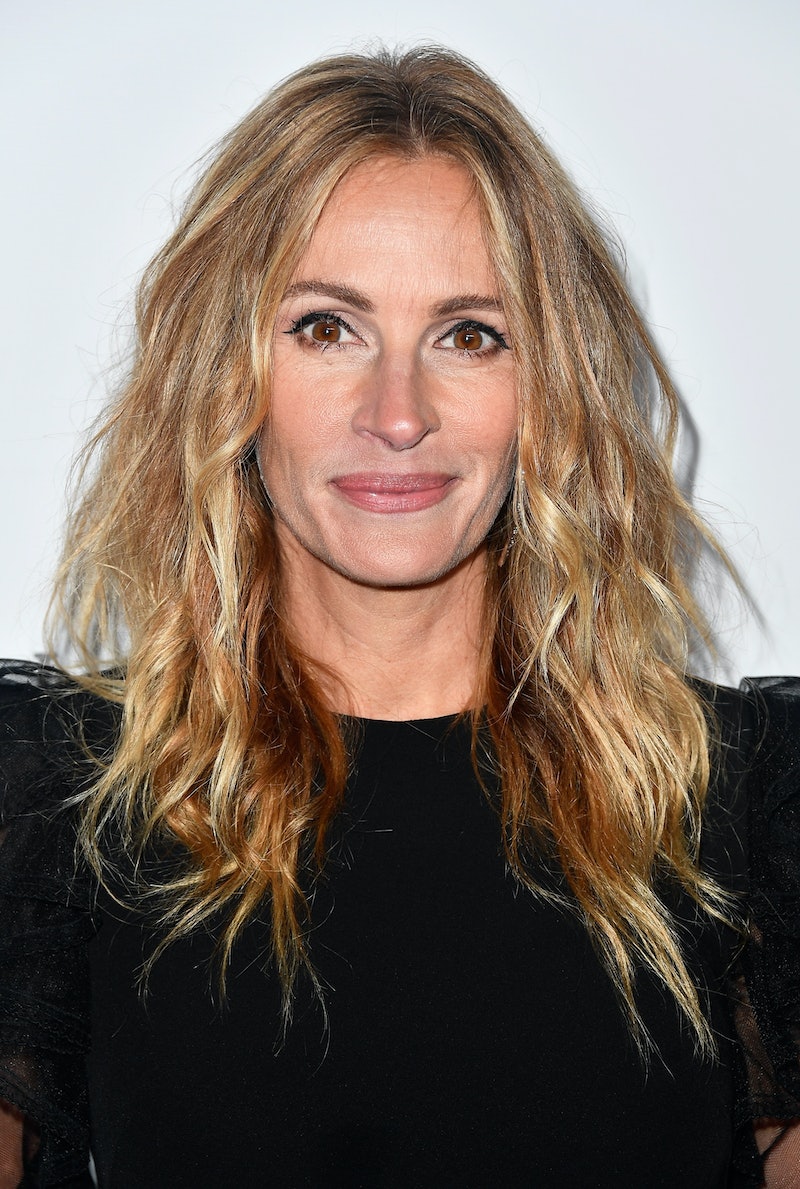 Not all Hollywood A-listers have joined social media (yet), but now, we can add to the list of who's connecting online with their fans. On Wednesday, Julia Roberts joined Instagram, and not only is her account surprisingly low-key, but it's also the first time fans have had access to Roberts' life on this level. Could anyone have predicted this kind of online culture when Pretty Woman first came out?

Even though Roberts has only posted twice so far, she has already amassed more than 390,000 followers (she herself is not yet following anyone). Her profile photo seems to be a selfie of her wearing sunglasses, and her bio simply says, "human." She could have afforded to be a bit more descriptive there, since over the course of her career she's definitely earned the right to brag about her accomplishments, but there's something really sweet about the fact that she's keeping things as simple as possible.

And then, of course, there's the first photo she shared, which is just a picture of herself sitting in the grass under a tree, flashing her trademark wide grin at the camera. The caption? "Home," with the sun emoji. Excellent choice, Roberts — and just as chill as the rest of her profile is so far.

So far, it's not clear how much interaction Roberts is planning to take part in on Instagram, since she has her comments turned off on her first post. But really, anything from her is more than fans had before. Celebrities who choose to live their lives independently of social media do seem to be rewarded with more privacy, but they can also feel less accessible to fans. It's totally within their rights to share as much or as little as they want, but Roberts jumping on the Instagram bandwagon does make her feel easier to connect with.

And speaking of the fans? Yeah, they seem pretty excited. People have been all over Twitter over the past 24 hours, sharing their feelings about this major development for Roberts. It seems like the general consensus is that this is excellent news — even though we've all been waiting so long for this to happen. Worth the wait, though, right?

And now that Roberts is on Instagram — something that many of us never thought would happen — the possibilities are endless. Will she keep sharing her most chill photos of herself relaxing, or will we get to see a few glimpses into her daily life? At this point, anything could happen.

Who knows? Maybe Roberts joining will even pave the way for other celebrities to follow in her footsteps. It would definitely be interesting to get a better look into the lives of celebrities who have previously been "untouchable" like Roberts. What is Angelina Jolie having for breakfast? Are there any memes that Emma Stone thinks are funny? What is Jennifer Aniston actually doing when she's not working? Don't act like you've never been curious about these things.

Even though none of those stars may ever join Instagram, Roberts has, and it's going to be so much fun to see what she decides to share. So far, it seems like she's keeping it super real, and it's nice to see that side of her since it's probably way more closely related to who she really is when she's around her friends and family.

Now, all we can do is click "follow" and wait for Roberts to share more photos — and maybe even convince some of her fellow A-lister friends to join. George Clooney, where you at?