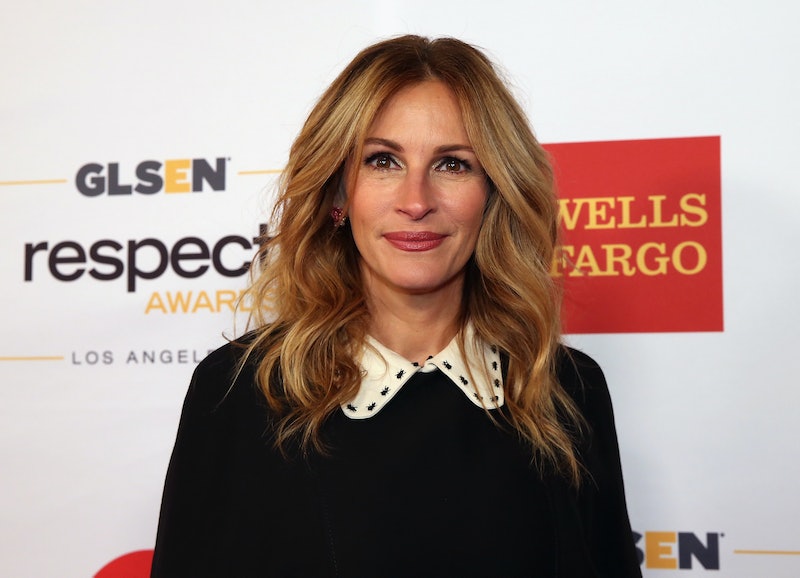 While you wait to find out if there's more petty rich people drama in store for Big Little Lies Season 2, there may be a new show to tide you over. According to Deadline, Julia Roberts will reportedly star in Today Will Be Different, another prestige book-to-screen adaptation headed to HBO. Roberts will play protagonist Eleanor Flood as well as produce the show, while original author Maria Semple will write the script.

Today Will Be Different will be a limited series that pulls an A-list star back to television, just as Big Little Lies did for Reese Witherspoon, Nicole Kidman, Shailene Woodley, and the like. It also peers into the world of a compelling female lead, following Eleanor as she fumbles through the ups and downs of modern day womanhood.

In Semple's novel, the character is a once-promising animator who sets out to live her perfect day, but soon finds herself swept into the chaos of life: her son has decided to fake sick to get her attention; her husband tells his office he's on vacation, but not Eleanor; and a chance encounter with a former colleague plunges her back into a long-buried past that threatens to reveal a family secret.

It's not an exact match for Big Little Lies. Whereas BLL operated within a largely high society world propelled by a sudden, town-shattering murder, Today Will Be Different seems more aimed at the everywoman — albeit with a lot more drama and still plenty of mystery.