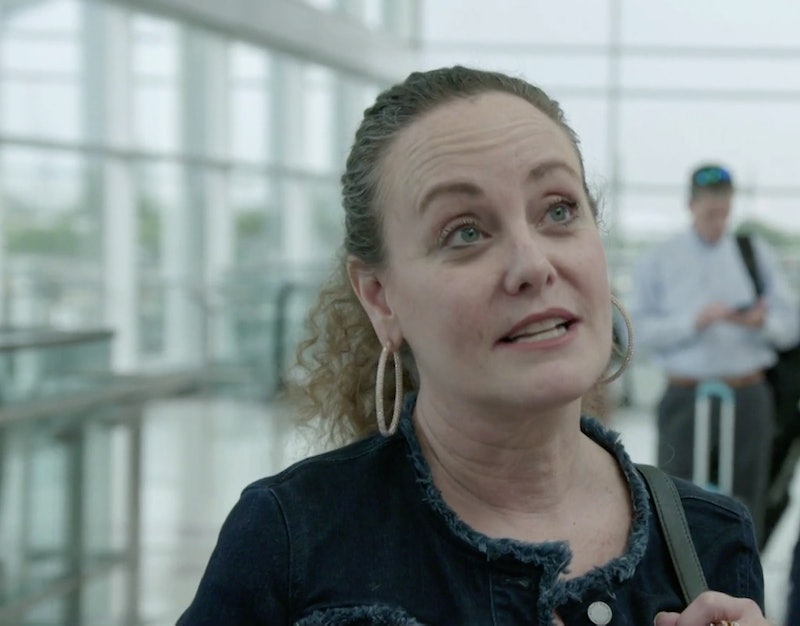 Brett Kavanaugh's third public accuser has given her first TV interview after her allegations were released in a sworn affidavit. On Wednesday Julie Swetnick said Kavanaugh shouldn't serve on the Supreme Court because the alleged behavior she described makes him unfit. Speaking to MSNBC's John Heilemann, she said that each one of the misconduct incidents she accuses him of — which he denies — should disqualify him.

"That's not the type of behavior that anybody at any age should do," she said. "I don't think women should be treated that way. I don't think that any human being should treat people that way."

On Wednesday, Swetnick accused Kavanaugh of participating in a range of sexual misconduct activities in the early '80s ranging from harassment to gang rapes. She also alleges that she was a victim of a gang rape at which Kavanaugh and his friend Mark Judge (one of those implicated in a previous allegation, which he denied, along with other claims about him) "were present." In a statement from the White House, Kavanaugh said he didn't "know who this is and this never happened."

"He’s going to have that seat for rest of his life," Swetnick said in her Wednesday interview. "If he's gonna have that seat legitimately, all these things should be investigated, because from what I experienced first-hand, I don't think he belongs on the Supreme Court."

Swetnick also explained why she's bringing up these accusations now. "It wasn't that I wanted to come out one day before the hearing," she said. "Circumstances brought it out that way. This is something that occurred the long time ago. It's not that I just thought about it, it's been on my mind ever since the occurrence."

Avenatti spoke to that question himself on MSNBC on Wednesday and denied that they had brought the allegations forward that day. "That's not what happened," he said. "We revealed the allegations on Sunday. We conversed with the [Senate Judiciary] Committee on Sunday. ... We had detailed correspondence that we sent to them on Monday morning, which I have posted and disseminated. They never got back to us." He added that they waited to publicly disclose Swetnick's name because they had to make sure that "adequate security procedures" were in place.

Both Swetnick and Avenatti are calling for a full FBI investigation of her claims before any confirmation vote takes place on Kavanaugh's nomination. His other two public accusers, Dr. Christine Blasey Ford and Deborah Ramirez, have both requested the same.

"I just want the facts to come out," Swetnick said on Wednesday. "I want it to be just, and I want the American people to have those facts and judge for themselves."

Heilemann told MSNBC's "Morning Joe" anchors that Swetnick was not ready to do a full, sit-down interview on Wednesday, but that "we got the chance to talk to her a little bit at the end of a pretty long day when Michael Avenatti and she released her sworn affidavit." Her full interview will air on Sunday on MSNBC's The Circus.