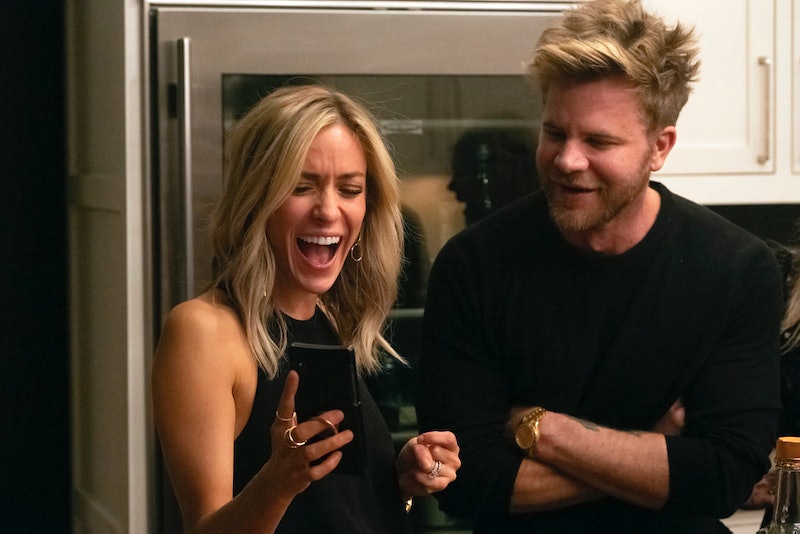 Now that he officially resides in Nashville with his best bud Kristin Cavallari, if they aren't already, Very Cavallari fans should be following Justin Anderson on Instagram — his personal account, that is. The celebrity hair stylist is quite the positive realist, which would make him worth a follow even if he wasn't BFFs with your favorite reality TV star.

Put simply, Justin's 'gram can easily be divided into a few content categories: hair, friends, travel, fashion, Scoot (his boyfriend), and all of the memes. Oh, and the occasional thirst trap, which is perfectly balanced by his tendency to sign posts with, "xo, Dad." Go ahead, click over to his profile if you don't believe me.

Like he has said on Very Cavallari, Justin moved to Nashville from Los Angeles for a few reasons: to be closer to Kristin (especially after her falling out with former bestie Kelly Henderson), to adopt a slower way of life, and to finally deliver on his promise to Scoot, who never loved L.A., to eventually leave the city behind.

According to his Instagram, he's still flying out to L.A. often, presumably to service his regular clients, which include Margot Robbie, Gwyneth Paltrow, Miley Cyrus, and more. He actually has a separate Instagram dedicated to their finished looks, and it's suffice to say that it makes for a pretty impressive portfolio.

But wait! Justin has a third Instagram. It's for his In The Chair podcast, on which he interviews his clients and discusses a range of topics. So even though hair styling is where the talks tend to originate, they always venture out to cover what's going on in a client's life. Most recently, he interviewed Brec Bassinger, who stars in the upcoming CW series Stargirl.

If you're going to follow one of Justin's three accounts, definitely start with his personal — it's an easy, funny, filtered view of his life where he doesn't take things too seriously and occasionally offers an encouraging word.

On Dec. 21, he shared an image of a quote that read, "People with good hearts have a glow." In the caption, he hyped up his followers. "protect your glow, girl. someone trying to dim your glow? you say 'not today, not ever. i’m too busy spreading color and positivity and happiness 🌈," he wrote. "And then remind them that no one ever injured their eyesight looking at the bright side okay?"

He's also already taking advantage of his increased screen time on Very Cavallari by creating some self-defining memes with his featured footage. Exhibit A:

Thankfully, there's sure to be much more where that came from as Very Cavallari and Justin's Nashville adventures continue.

More like this
Taylor Armstrong Would “Definitely” Return To RHOBH After Her Season 3 Exit
By Brad Witter
Which RHODubai Housewife Has The Biggest Net Worth?
By Hugh McIntyre
Yes, Luca Bish Really Doesn’t Drink Alcohol
By Shahed Ezaydi and Sophie McEvoy
Kim Kardashian Reveals The First Text She Sent To Pete Davidson
By Jake Viswanath
Get Even More From Bustle — Sign Up For The Newsletter