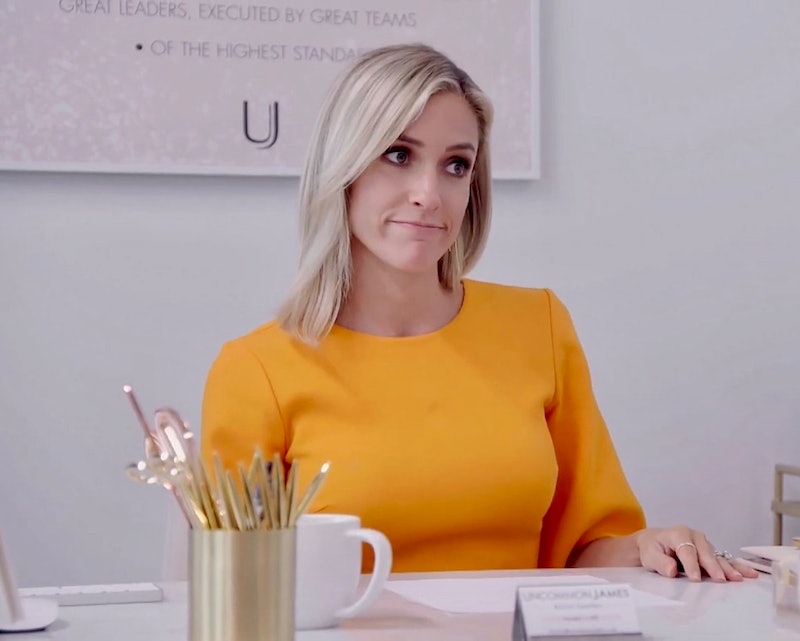 Kristin Cavallari is learning who she can count on. In E!'s Very Cavallari Season 3 trailer, the Uncommon James founder reveals that she and her one-time best friend Kelly Henderson "are not even speaking right now." As she explains to pals in the new teaser, which dropped on Friday, Dec. 6., Kelly "hasn't really been there" for her. Cut to an image of Kelly, who was by Kristin's side as she opened her lifestyle brand's Nashville flagship, wiping tears from her eyes.

"Maybe I'm just figuring out who my real friends are," Cavallari says, likely referencing her potentially former BFF, in another scene. "I'd rather have people in my life I can really count on." Fans might get to find out what actually happened when Very Cavallari Season 3 premieres on Thursday, Jan. 9 at 9 p.m. EST/PT.

As Kristin noted elsewhere in the sneak peek, once she gets her mind set on something, "that's what happening." While that could apply to her potentially cutting off Kelly, it's probably true of her professional life as well. As previewed in an earlier November 2019 Very Cavallari trailer, one of Kristin's newest business ventures involves opening a second Uncommon James store in Chicago. "Can I have an office?" asks Kristin's husband, former NFL pro Jay Cutler, in one clip. As their playful banter tends to go, Kristin, of course, told him no.

The network explained in a press release provided to Bustle, Cutler will also become "a huge support system for his family" in Nashville, as Kristin "works tirelessly with her team to open a new Uncommon James store in Chicago" during Season 3. And as far as her own lineage goes, Kirstin "discovers she is the last Cavallari in her family, which leads to an emotional search for lost relatives," per E!.

"I really think everything happens for a reason," Kristin tells her retired quarterback husband in another Season 3 clip from the Dec. 6 teaser. While it remains to be seen what some of those things may be, fans will have plenty to mull over between now and when Very Cavallari returns in 2020.

More like this
Everything To Know About 'RHONJ' Season 13
By Brad Witter and Jake Viswanath
Andy Cohen Apologized To Larsa Pippen After A 'RHOM' Season 5 Reunion Dust-Up
By Brad Witter
10 Photos Of The Wildest Limo Arrivals From 'The Bachelor' Premiere
By Brad Witter
Bachelor Zach’s “Dream Job” Has Nothing To Do With His Work In The Tech Industry
By Brad Witter
Get Even More From Bustle — Sign Up For The Newsletter
From hair trends to relationship advice, our daily newsletter has everything you need to sound like a person who’s on TikTok, even if you aren’t.