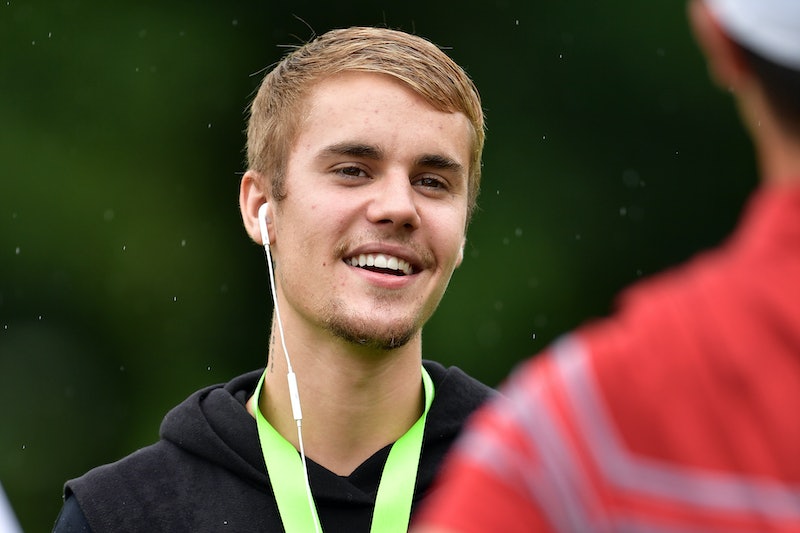 In a video posted to Instagram Stories on Oct. 10, Justin Bieber remixed 50 Cent’s “Many Men (Wish Death)” with a focus on his marriage and mental health. Bieber shared the clip of himself in a studio as a personalized take of the 2003 track played in the background. While 50 Cent’s original rap lamented about the many men who wished death upon him, Bieber’s version explored his marriage to Hailey Baldwin, depression, and Christian faith.

In the Instagram Stories, Bieber raps the following lyrics, as per a rough transcript from Rolling Stone, “My wife yeah, yeah I put her on a pedestal / My life is like a movie, The Incredibles / They put me as a menace then / Never thought that my depression would depend on it /I been sending it / Going hard running on adrenaline / Been a victim of the system / I’m a Christian with a vision / I’m a gentleman.”

Bieber concluded the series of Instagram Stories on his account with the disclosure that the remix would not be included in an upcoming album, but that he was “just messing around” while Baldwin worked nearby in the “otter room” — a likely typo for the word “other."

50 Cent responded to Bieber’s remix with apparent approval via Twitter, along with posting a clip of the remix.

Bieber’s remix comes on the heels of an Instagram Live where the singer seemingly teased a new album by the end of this year. In an Oct. 7 clip captured by a fan account, Bieber reportedly said, "I'm putting out an album this year! Should I put out an album this year?” The camerawoman, presumably Baldwin, responded, "I thought you already were doing it this year.” The potential album would be Bieber’s first since 2015’s Purpose. He recently collaborated with country duo Dan + Shay on the new single “10,000 Hours,” released on Oct. 4.

In Bieber’s Instagram Story of the remix, Baldwin, whom Bieber wed on Sept. 30, makes a brief cameo. Bieber’s “Many Men” remix is one of the many times the singer has been candid about the ways in which his mental health, marriage to Baldwin, and Christian faith have intersected. In a lengthy Instagram post published on Sept. 2, Bieber, who has long been vocal about his depression, anxiety, and ADHD, reflected on the tolls of becoming a pop star at a young age and the heavy drug use that followed. He concluded the post with how his marriage to Baldwin has changed him.

“It's taken me years to bounce back from all of these terrible decisions, fix broken relationships, and change relationship habits," he wrote, calling his marriage the "best season of my life." He concluded the post by saying he learned "patience, trust, commitment, kindness, humility and all of the things it looks like to be a good man" from his commitment to Baldwin.

And it seems like now Bieber's music is reflecting what he has learned since.