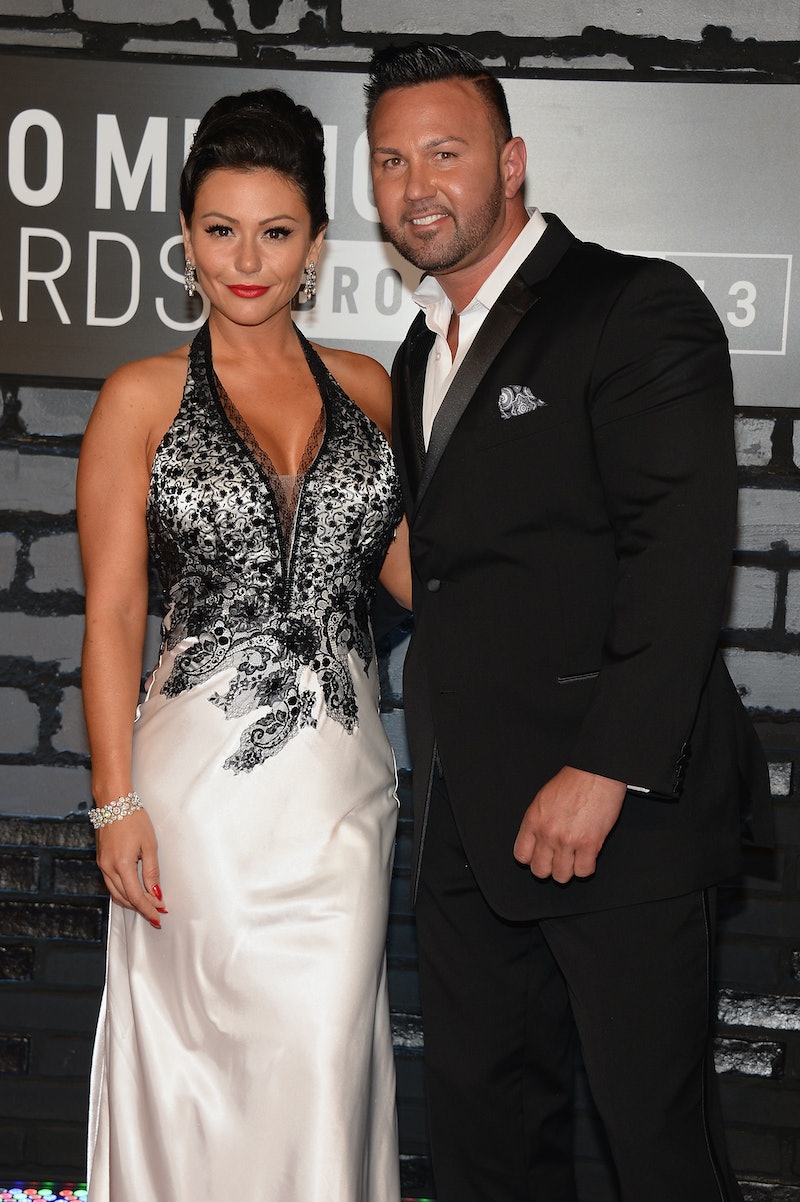 After three years of marriage, Jenni "JWoww" Farley has filed for divorce from her husband Roger Mathews. Despite the legal actions of the Jersey Shore star, Jwoww's ex Mathews made a statement about their separation in which he said he was not done fighting for their relationship. According to Mathews' Instagram video and the report from the Asbury Park Press, JWoww filed for divorce, citing "irreconcilable differences." So it's up to JWoww if she wants to continue to pursue this relationship or if her mind is officially made up.

The 32-year-old JWoww and the 43-year-old Mathews started dating back when she was on Jersey Shore, so fans of MTV's reality show were able to watch their relationship progress. He has also appeared with her on Snooki & JWoww, Marriage Bootcamp: Reality Stars, Jenni & Roger: Domesticated, and most recently Jersey Shore: Family Vacation. After news broke about their impending divorce, Mathews took to Instagram to post a video where he clarifies why the pair broke up, and how he plans to "win my wife back." In the video, Mathews stated that there was no cheating during their marriage, though he refused to provide a reason fo the split, saying:

"My wife filed for divorce, it's true. ... I don't blame her. There's no cheating or any dumb sh*t or any juicy details. She just grew tired of the repetitive pattern that we fell into. Again, I'm not going to get into detail but it was a repetitive pattern and not a good one. But here's what's also true, I'm not done fighting. I am going to win my wife back. I'm going to win her affection back, I am going to win her love back. I have no intentions of being a single dad. We're in counseling so there is hope. It ain't over 'til the fat lady sings."

His statement might seem reassuring, or even romantic, to some fans of the couple. But if JWoww chose to leave him, then that's completely her decision and she should not be pressured to change her mind. And the court document filed by JWoww seems to make her mindset about the relationship very clear. "The Plaintiff and the Defendant have irreconcilable differences which have caused the breakdown of the marriage for a period of at least six months which make it appear that the marriage should be dissolved and that there is no prospect of reconciliation," the divorce complaint states.

While this legal filing says there is "no prospect of reconciliation," Matthews said in his video message that he believes there is "hope," adding that the two were in counseling, though this has not been confirmed by JWoww. The reality star, meanwhile, has not made a public statement about the divorce, but her legal actions indicate that she does not want to reconcile, contrary to Matthews' statements.

Their divorce would impact more than just the Jersey Shore pair. As Mathews alluded to in his video when he mentioned that he didn't want to be a "single dad." Mathews and JWoww have two children together — 4-year-old Meilani and 2-year-old Greyson. According to the Asbury Park Press, JWoww is seeking joint custody and wants primary residential custody, meaning the children would live with her most of the time.

For now, you can still watch JWoww on Season 2 of Jersey Shore: Family Vacation, which aired a new episode the same day as reports of her divorce surfaced. And unless JWoww says otherwise, this reality TV couple might be broken up for good.