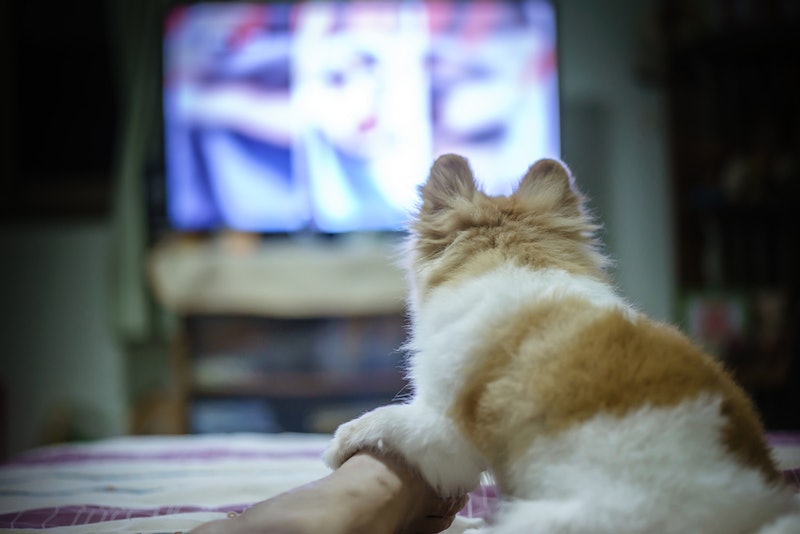 You’ve heard of cat cafes; now meet dog cinemas: A movie theater that lets you take your dog to view the flick with you just opened up in Plano, Texas. Called K9 Cinemas, the theater is designed specifically for puppers and their humans, providing a comfortable and relaxing atmosphere to take in a film with your favorite furry friend at your side. Good idea, or best idea? I’m going to go with “best” on this one.

Founded by Eric Lankford and his dog, Bear, K9 Cinemas aims to provide dog lovers and their pets with a unique and comfortable movie-going experience no other cinemas offer. Indeed, Lankford, a recent transplant to Plano from Indianapolis, dreamed up the idea for the place after running up against that problem himself. “We want people [and their dogs] to be able to be to relax and watch the movie just like they would at home,” he said to NBCDFW on the cinema’s opening day — with, of course, all the fun that comes along with seeing a film in an actual theater with tons of other people. K9 subsequently held its very first screening on Dec. 7, with more on the calendar for the future.

For the curious, Bear is an Australian Eskimo, reports Guide Live — a mix between American Eskimo and Australian Shepherd breeds, according to Wag Walks. He’s adorable:

Right now, K9 Cinemas isn’t permanent; it’s not exactly a pop-up, either, but because it operates out of a private events space, according to Guide Live, it’s got some limitations. There’s only one screen, for example, and screenings occur only on select weekends. Seating is currently provided by 50 metal chairs (the seats are padded, at least). K9 also doesn’t show current releases, so it’s more like a second-run theater in that respect; December’s programming consists of two holiday classics: Home Alone and Elf.

There are rules, of course — three golden ones, in fact. You’re in charge of cleaning up after your dog; you have to bring papers from your vet certifying that your pup is up to date on all their shots on your first visit to the cinema; and there’s a maximum of two dogs per human allowed inside. Additionally, doggos must remain on leashes except in “a designated area that plainly states otherwise,” per K9’s website. And lastly, you’ll have to sign a waiver stating that K9 Cinemas isn’t liable for the safety of either pups or their humans.

But all in all, it looks like you’re in for a good time at K9 Cinemas. Reviews on the theater’s Facebook page are overwhelmingly positive, with visitors praising both the concept itself in general and the atmosphere specifically. One reviewer noted that the experience “was really laid back and fun,” and that there was “no stress about your dog being a little noisy or rowdy at times.” Wrote another, “What a fun place! Very comfortable and great atmosphere.” Another said that they and their dog had “the best time,” while yet another observed, “If you want to do something different with your dog, this is the great place to take your little guy!” Nearly every single reviewer made note of how much they were looking forward to coming back.

Lankford has bigger plans in store for the theater, as well. Guide Live reports that he’s working on swapping in couches for the chairs (comfort is key when you’re watching a movie after all); he also hopes to open up every weekend from January onward instead of just select dates. “From there,” he told Guid Live, “The vision is to be open every day.”

If you’re in the Plano area, you can get tickets to both of K9’s upcoming screenings here. Let the good times roll!