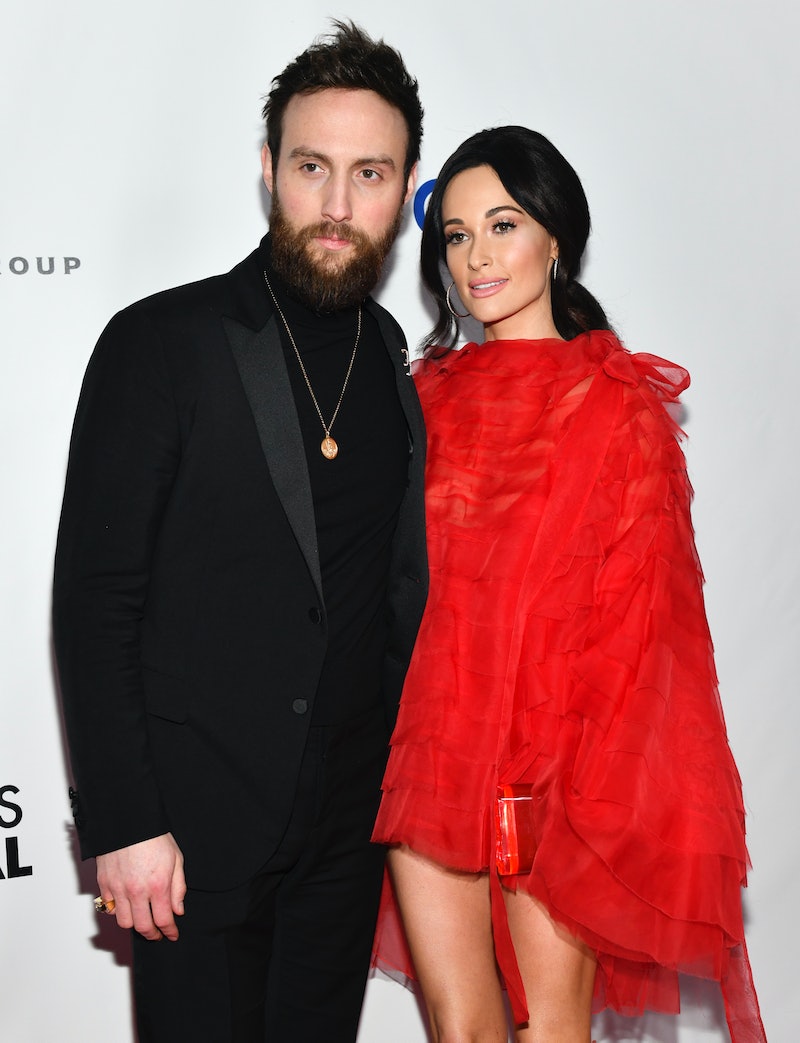 In the year and half that Kacey Musgraves and husband Ruston Kelly have been married, she's shared bits and pieces of their life together with fans on social media. And now, she's opening up about when they got together — and why it couldn't have happened at a better time. In her new cover interview for Glamour, Musgraves said her relationship with Kelly had "perfect timing," and the way she describes the start of their love story couldn't be sweeter.

According to the country star herself, everything seemed to fall into place for her in every area of her life right around that time, which was while she was still working on her album, Golden Hour, which earned her the award for Album of The Year at the 2019 Grammys. She said she heard Kelly play at the Bluebird Café in Nashville, and that his songs made her "really emotional," so she asked him to write with her. And although she didn't know it at the time, that man ended up being her future husband.

“And then it was ‘That’s all she wrote.’ Pun intended," Musgraves told the magazine. "Everything was right. I didn't have to shift any part of my personality to make it fit together, which isn’t really something I've had before.”

Musgraves went on to talk about how that time in her life was a transformative one for her in a lot of ways, and it couldn't have prepared her more to meet Kelly — and to make that album.

“That whole time period was a big opening of heart for me,” she said. “I started to see the world in a more fond, pretty light. After meeting this person who really allows me to just be myself, not have to walk on eggshells for any reason, songs started pouring out.”

And everything with Kelly tied together even more flawlessly because Musgraves said that when she met him, she was in Nashville working on Golden Hour, which might not have been the case had everything else not fallen into place.

“If I wouldn't have blocked off time to get off the road and try to create a new album and have the time to explore creatively, it makes me wonder if I would have met him. It was perfect timing,” she said.

After almost a year of dating, Kelly popped the question in December 2016 in her childhood home, Musgraves announced the news in an Instagram post, showing off her engagement ring in front of the Christmas tree, writing:

"I didn't say yes...I said HELL YESSSS!! Last night, the best man I've ever met got down on one knee in my little pink childhood home..in the same room I played with my ponies and barbies and asked me the easiest question I've ever been asked. I finally know what everyone means when they say 'you just know.'"

Kelly and Musgraves got married on Oct. 14, 2017, and it seems like they've been living happily ever after ever since.

Sometimes, timing is essential, especially when it comes to relationships. And as far as Musgraves and Kelly are concerned, it sounds like timing was everything.

More like this
Archie & Lilibet Are Eligible For Royal Titles — But There's A Catch
By Jake Viswanath
At 14, Pauline Chalamet Fell In Love & Danced ‘The Nutcracker’
By Grace Wehniainen
Meghan Markle Wishes Learning Royal Protocol Was Like 'The Princess Diaries'
By Jake Viswanath
Taylor Swift Is Writing & Directing Her First Movie
By Jake Viswanath
Get Even More From Bustle — Sign Up For The Newsletter