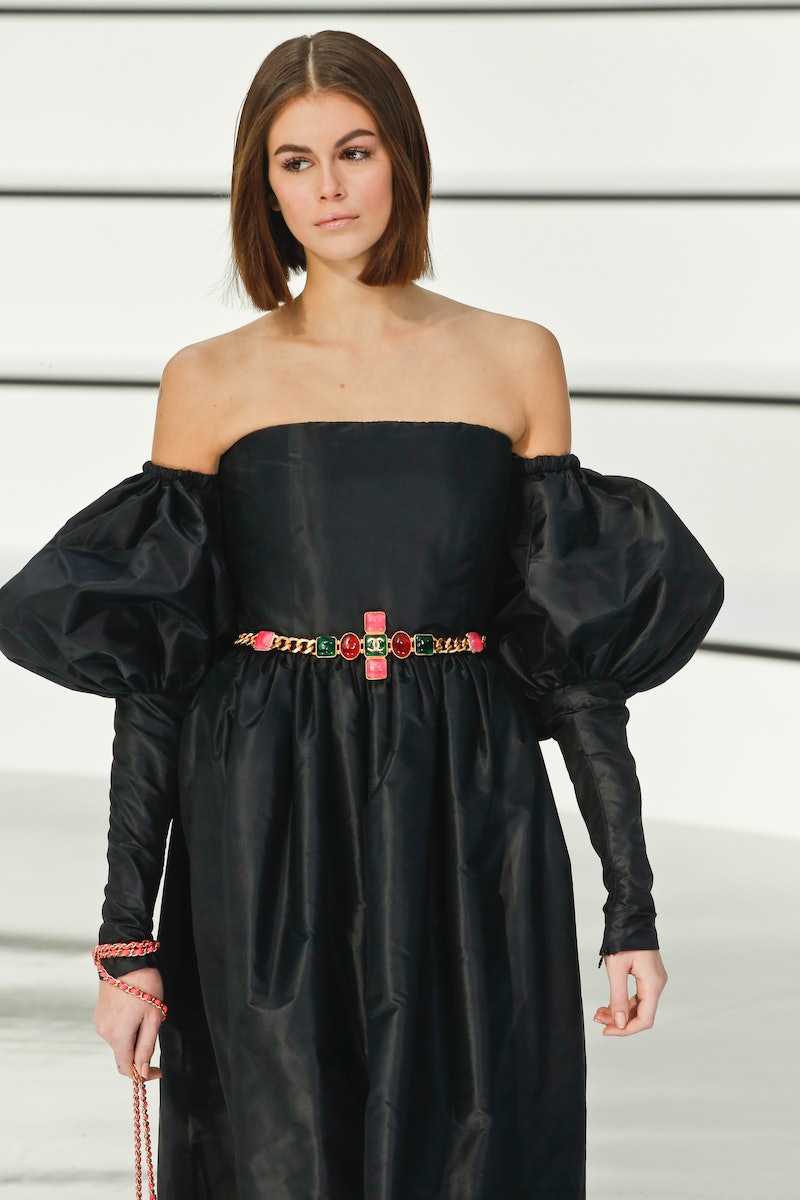 While bronde may be big for summer 2020 (here's looking at you, Kylie), one model just made a much more dramatic color shift for the season. Kaia Gerber's platinum blonde hair is the first major hair change for the typically brunette star, and the new 'do looks incredible.

Gerber was recently spotted out in Malibu with the new light locks, her signature bob still intact. It's not the first time Gerber has lightened her hair over the past few weeks: In an interview with Refinery29 in April, the model admitted to using hydrogen peroxide to lighten her hair. She explained that she subtly lightened her hair a few shades simply by applying peroxide to her locks and blow-drying them. And although DIY hair lightening methods are often discouraged by colorists, the trick did actually work for the model.

Apparently, Gerber wanted more. The model joins fellow celebrities like Kylie Jenner, Emily Ratajkowski, and Millie Bobby Brown, all of whom have opted for lighter locks as the weather has gotten warmer. While brunette may be the model's signature, there's little doubt she looks great as a blonde.