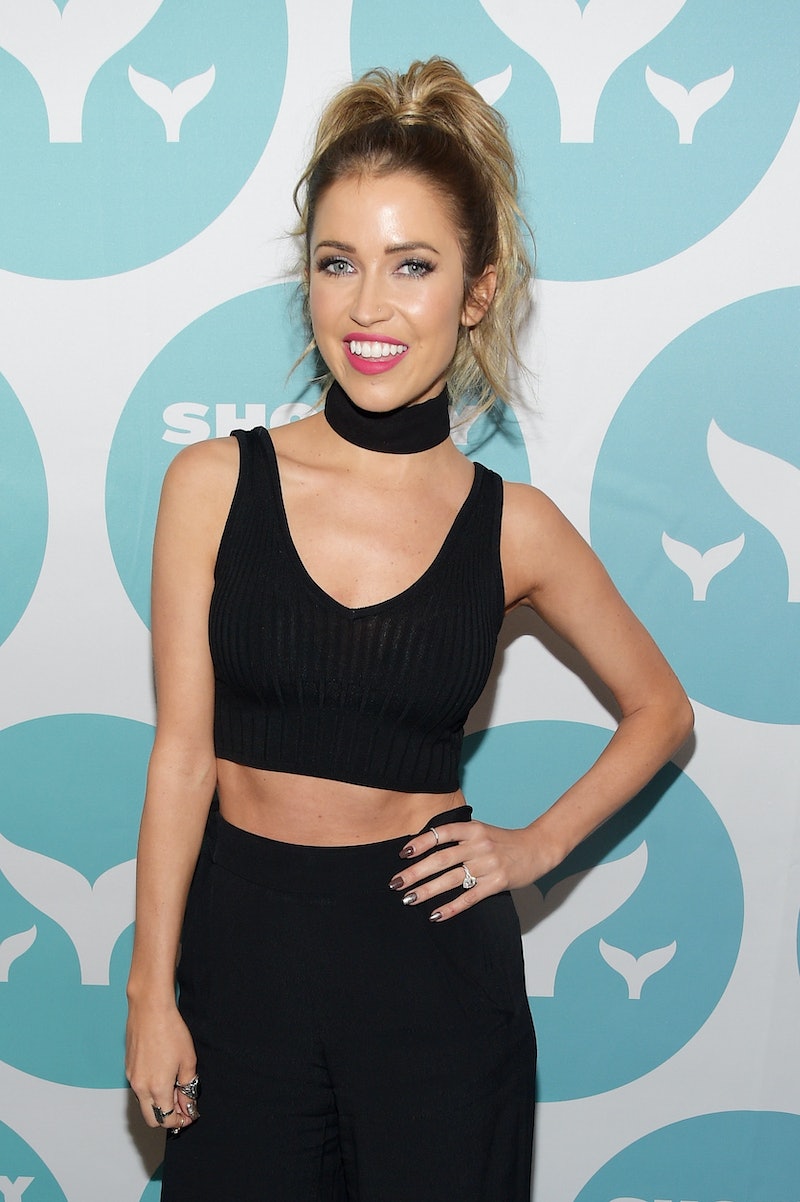 Proving that worry can strike at the most unexpected times, Kaitlyn Bristowe opened up about anxiety in a March 7 Instagram post that highlighted both the current highs and lows of her life. "Even though I am the happiest I’ve been in a while, I’m still human. We all are," she wrote in a lengthy caption to a selfie in which the fresh-faced Bachelorette alum is sitting in a vehicle. "I still have my moments, my doubts, my worries, my anxiety."

Recently, those emotions manifested into her "having (minor) anxiety the last couple nights," as she described in her post. Insisting that the episodes were related to "nothing specific," Bristowe noted that she'd just been "worried about a bunch of little things that are out of my control."

"If I’m being honest ... I caught myself caring what other people were saying about me.. People who DON’T actually care about ME. How ridiculous right? I lost a little sleep, and I even got annoyed at irrelevant BS on social media. I allowed it to ruin part of my day."

While she never referenced anything specific, the Canada native did, of course, recently go through a very public breakup. In November, Bristowe confirmed she'd split from fiancé Shawn Booth, who proposed on the Season 19 finale of The Bachelorette in 2015. Months after the breakup, she began dating fellow Bachelor Nation member Jason Tartick, and, when confirming their relationship during a joint January appearance on the Today show, the pair said they'd been together for about a month at the time.

During a late January guest appearance on Ben Higgins and Ashley Iaconetti‘s Almost Famous podcast, Booth also confessed that “the hard part ... with her moving on so quickly" is "understanding why she would put this out everywhere, or blasting it all over the place, knowing that it could hurt.”

Meanwhile, Bristowe says she's now learned some some stress-relief strategies that work best for her to drown out the noise. With the help of her best friend, the ABC reality star first put the "fleeting" nature of social media into perspective. Then, as she also wrote, she also "took a few deep breaths, put my phone down, and got lost in my book," something she called the "best feeling ever." (Bristowe also concluded the post asking her followers for book suggestions because she "can’t believe how much I enjoy reading, and how much it can help with my anxiety.")

The ultimate lesson she walked away with: "As long as I continue to have self compassion, GRATITUDE, and self love, I’ll continue to grow."

Even the photo she used — a recent makeup-free picture she took because she was "feeling comfortable in my own skin" — was indicative of her embracing the concept of self-love. Explained Bristowe:

"I had just finished days of full glam, photo shoots, and filming. And loved having a fresh face. I often have to remind myself that I actually feel sexier like this, than I do dolled up and in edited glam shots. It’s social media that sometimes warps my thoughts of what is “beautiful”. (Being done up is beautiful too). But what’s REALLY beautiful is happiness. And overall, I’m pretty f*ckin happy. #Realstagram"

Tartick is also surely a major contributor to Bristowe's "happiest I've been in a while" proclamation.

"It’s actually so strange to go from being engaged to thinking of someone as your boyfriend because I feel like that’s taking a step backwards — it’s not," she said on a recent episode of her Off the Vine with Kaitlyn Bristowe podcast. "If anything, it’s taking a step forward because you’re just growing and evolving as a person."

Regardless of the reason for her happiness, fans are certainly happen to see her feeling that way.