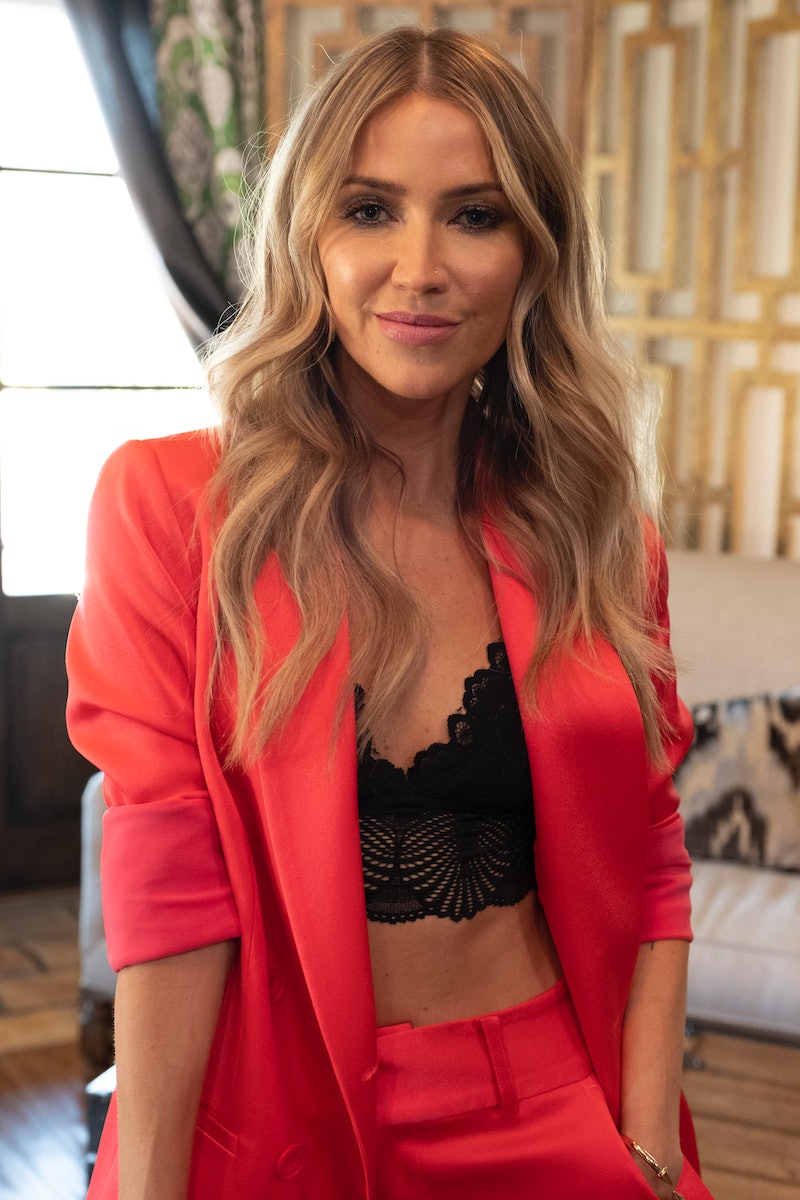 Over the weekend, Bachelorette alum Jason Tartick posted a photo with Kaitlyn Bristowe, Cassie Randolph, and Colton Underwood. Most fans were ecstatic to see two of Bachelor Nation's favorite couples together. Unfortunately, there are others who ruined all the fun by making rude comments about Kaitlyn's body. Now, she's responding. Kaitlyn's Instagram post about body image shows why it's never OK to critique a woman's appearance.

When Jason posted the couples photo on Sunday, he prompted people to comment, joking at the end of his caption, "wonder what Cass is saying to Colton?" It would've made sense if most Instagram users responded to that question, remarked about how the cute the photo was, or just clicked "like" and moved on. However, that's not all that happened.

The next morning, Kaitlyn posted screenshots of some bothersome comments to her Instagram Story. One person wrote, "Ugh @kaitlynbristowe needs a cheeseburger and those boots though @jason_tartick you can do so much better." Another Instagram user declared that Kaitlyn is "totally pregnant for sure." A different person wrote, "she looks pregnant to me," even though Kaitlyn has not said she was pregnant or even remotely alluded to it.

The reality TV alum even responded to one commenter directly. When someone wrote, "Is she pregnant? (Don't come at me sometimes I see things)," Kaitlyn replied, "maybe do some research before you talk about a woman's body. I was drinking on a boat all day yesterday. Figure it out."

Even though those people used Jason's post as an opportunity to criticize Kaitlyn, the former Bachelorette star didn't take issue with the photo at first. Before diving into all that negativity, in a June 24 Instagram Story, she shared her initial reaction, writing, "awe I love this photo. It was a my birthday, with good friends, and we met around the table and saying what we loved about each other."

Later, Kaitlyn opened up about how much the criticism affected her in another Instagram Story. She wrote, "You know what. I'm gonna be real. I didn't laugh this one off. I cried on the floor." Imagine being one of those people who comments on a stranger's Instagram post only to induce tears.

Then Kaitlyn got into specifics. She candidly admitted,

"I've had body image issues in my life. Being called pregnant after a big dinner triggers my feelings. It's usually 'eat a cheeseburger, or ewww too skinny.' Both hurt."

Nevertheless, not everyone on Instagram is a negative Nancy or a cyberbully. Ultimately, Kaitlyn shared some gratitude for other people on the social media platform. In another Instagram Story, she wrote, "Whenever I am down, there are lots of you who lift me up. Thank you."

Social media can be a very tricky thing, especially for someone as high-profile as Kaitlyn. Everything she posts garners a lot of attention, both good and bad. Hopefully, her recent posts will encourage others on Instagram to keep it positive.