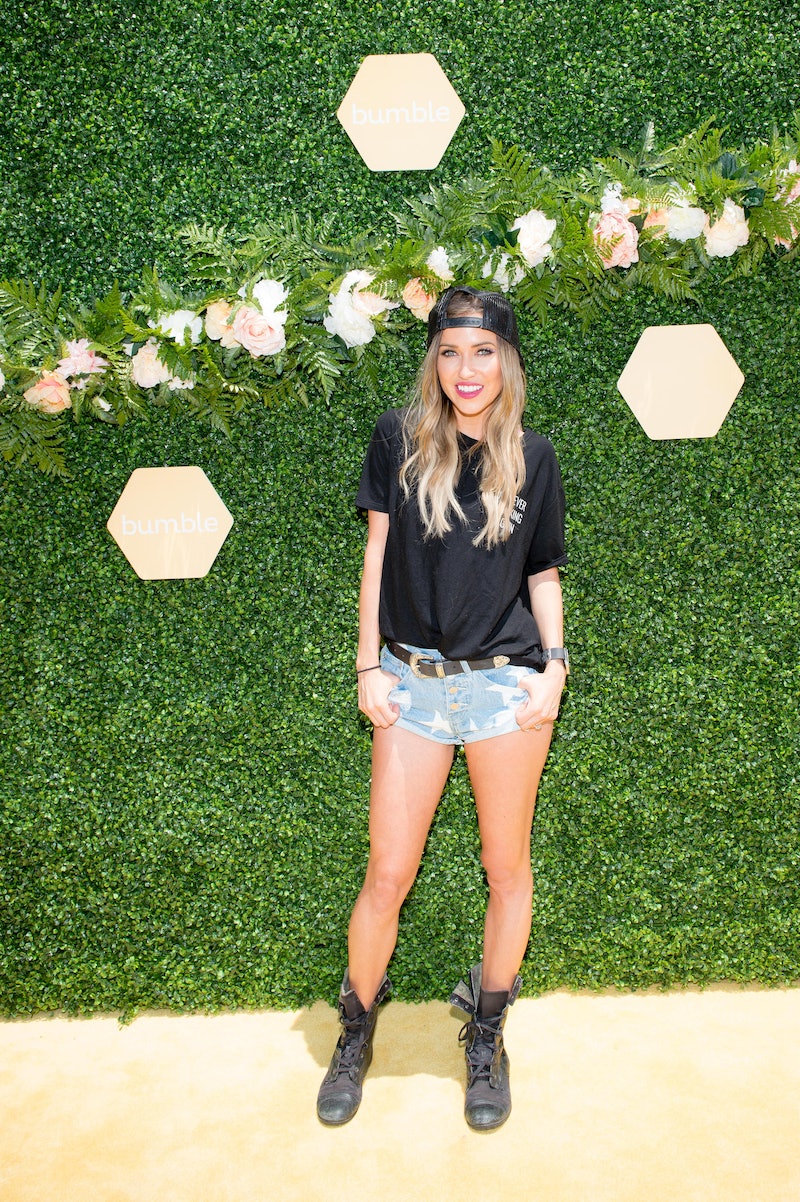 Breakups are never easy, but when they mean saying goodbye to a beloved pet, they can be even harder. It's been more than a month since Kaitlyn Bristowe and Shawn Booth announced that they had ended their engagement, and now, the former Bachelorette is paying tribute to one of the things she'll miss most about their relationship. On Wednesday, Kaitlyn wished Shawn's dog, Tucker, a happy birthday on Instagram, and it's obvious how much she misses her furry friend.

Kaitlyn shared an old photo of her and Tucker, cuddled up in bed. "11 years young," she wrote. "You will live forever in my heart noodle. #IMissYou #HappyBirthdayDoodle."

And then, just in case any of her fans were upset about her missing the dog and wanted to take it out on Shawn, she added the following disclaimer:

"I shouldn’t have to write this, but please don’t go attacking me or other people, thinking you know the situation. I’m just posting a sweet picture of a dog I love. That’s it. No need to be upset at anyone."

Anyone who's been through a breakup knows how incredibly hard they can be — especially if it was one where marriage was the end goal. And then not seeing your ex's dog anymore after living with him for a few years, and an already difficult time becomes even harder.

Judging by how often Kaitlyn posted photos of and with Tucker on her Instagram in the three years that she and Shawn were together, it's obvious that they had a very special bond. It's hard to imagine letting go of something like that — especially since Tucker's so adorable.

In a post-breakup episode of her Off The Vine podcast, Kaitlyn opened up about how hard it was to be away from Tucker now that she's not with Shawn anymore. According to Us Weekly, she said, "Sometimes I feel like he was almost the glue to our relationship and I love that — I clearly love that dog so much. Sorry. I will see Tucker still. There's no way I could not. And I will cherish every second with that dog, so you will still see him on my social media."

When Kaitlyn and Shawn first announced that they were going their separate ways, they released the following statement to People:

"After three incredible years, we have decided to go our separate ways. This difficult decision comes after thoughtful, respectful consideration. Even though we are parting as a couple, we’re very much committed to remaining friends. We have both evolved as people, which is taking us in different directions, but with the hope that we will continue to support each other in new ways. Due to the nature of how we met, our relationship has always been very public, and we have enjoyed sharing it with all of you, but we ask that you respect our decision and our privacy at this time.”

Breakups are never easy, but it seems like this was the right choice for Kaitlyn and Shawn — even if it means Kaitlyn can't see her buddy, Tucker, every day. Just looking at her Instagram proves that she has tons of happy memories with him to look back on, and hopefully, this new chapter of her life will continue to get easier. Maybe it's time for her to get a puppy of her own?