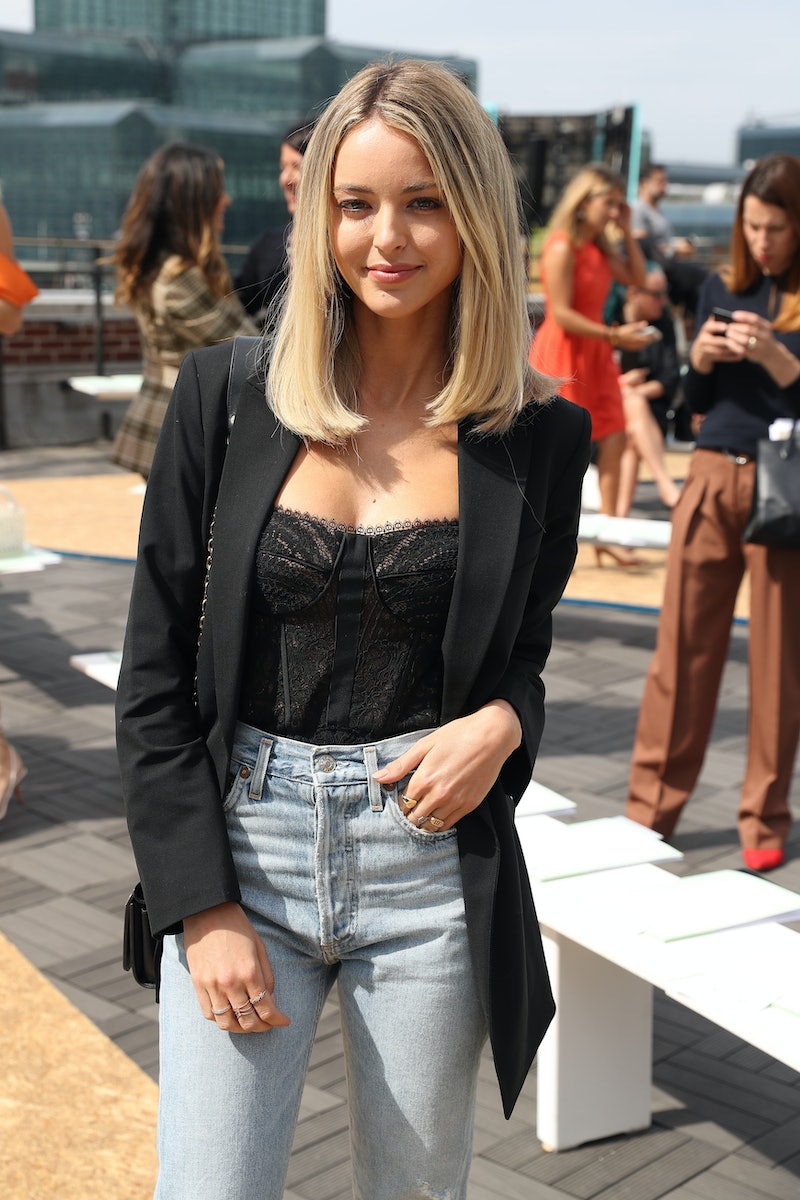 Miley Cyrus has been spending all of her time with rumored girlfriend Kaitlynn Carter, and it seems like their relationship is getting serious. There's even a ring involved — but not the type you may think. Kaitlynn Carter wore an "M" ring on her ring finger, and fans believe it might be for Miley.

Cyrus and Carter first grabbed headlines when they took a European vacation together to Lake Como, and were spotted kissing on a yacht in Italy. Afterwards, they were spotted going to award show after parties together and grabbing dinner with Cyrus' mom. Now, the duo have even moved in together. So Carter having an "M" ring in honor of her rumored girlfriend, Miley, doesn't seem like too much of a stretch.

Daily Mail was the first to spot the ring when the possible couple checked out of their Manhattan hotel on Sept. 11. Zooming into Carter's hand, you can see that she is wearing a gold signet ring with a cursive "M" stamped on it.

The "M" ring is on Carter's ring finger, which only fans the flames that the rumored relationship is getting serious. Ring fingers are traditionally reserved for special jewelry like engagement, wedding, and promise rings — though, of course, not everyone subscribes to that fashion rule.

But if you look closely at Carter's hand, that's not the only ring she is wearing. On Carter's pointer finger is also another gold signet ring, but this one carries the initials "GF," which could very well mean "girlfriend." So on one hand Carter has an "M" ring and a "GF" ring. Read into that what you will.

Another thing to point out about Carter's "M" ring is that Cyrus has sported a similar style in the past. Cyrus previously wore a gold chain necklace with an "M" letter in the same font. She wore it on the red carpet at the 2013 MTV Europe Music Awards. While the gothic font that the "M" appears in is quite common, one can wonder whether Cyrus was the one that gifted Carter the ring.

Sept. 11 wasn't the first day that Carter sported the "M" and "GF" gold rings. She has been wearing them all week. The rings could also be seen on her left hand through New York Fashion Week events and shows. For example, on Sept. 9, when Carter attended the Jonathan Simkhai show at NYFW, she was already wearing both wedge rings.

Carter also wore the same rings on Sept. 10, when she and Cyrus were spotted dressed in coordinating all-black outfits while going on a dinner date in Manhattan.

Since Carter has been wearing the rings all week, this might be a new tribute for her flourishing relationship. Or, she might just really like gold rings.