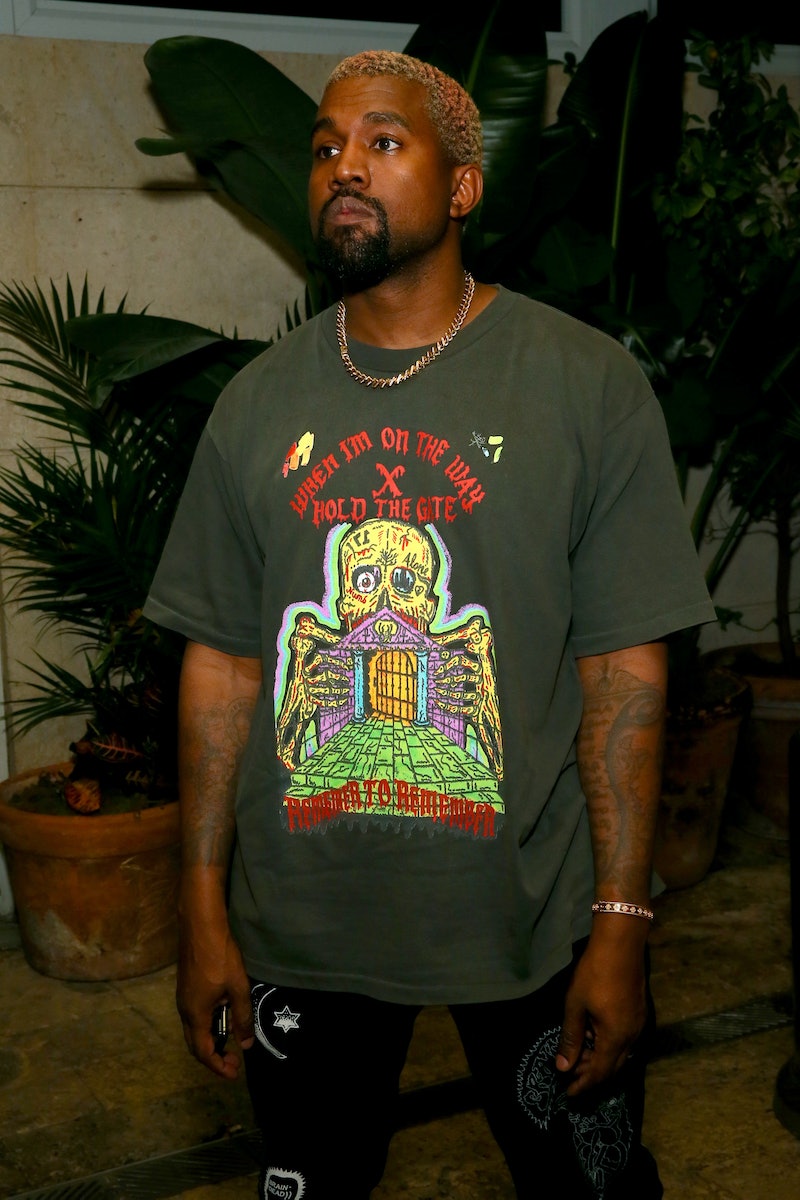 Thanks to Kanye West, we're all going to be wearing Crocs come 2020. Kanye has reportedly created a new shoe called the Yeezy Foam Runner, which features holes on the upper much like a pair of Crocs. The similarities between the two shoes made Twitter dub the new design "Yeezy Crocs," though they look a little more futuristic than everyone's favorite gardening shoes.

The Yeezy Crocs, which come in ice white with a tapered toe, are similar in style to the YEEZY Boost 700. While the upcoming drop leaked on Sept. 13, the Foam Runners were teased months ago. The Kardashians are known for wearing upcoming Yeezy collections before they are even announced, so it's no surprise that North West wore the Yeezy Foam Runners back in June. West, who is six years old, was seen wearing a child's version of the runners two months prior. West paired her white foam runners with a pair of light blue sweatpants and a tie dye t-shirt, proving that Yeezy Crocs best worn with an understated look. Bustle reached out to Nike about price and release date.

But since the runners are made out of foam, it's hard to separate them from the shoe that did foam resin first, Crocs. The Yeezy Foam Runners aren't slated to arrive until 2020, but fans already have mixed feelings about the shoes.

Seeing how the original Crocs are divisive with their "ugly shoe" label, some have poked fun on Twitter how unattractive the Yeezy Crocs are.

Others pointed out that the Yeezy Foam Runners might not be the most aesthetically pleasing shoes, but everyone will still buy them come 2020.

Other Twitter users wondered if it would just be cheaper to get white boxes and wear them on their feet.

But it's not all hate online. Plenty of fans are looking forward to wearing the foam runners.

While the Yeezy Foam Runners might be divisive, there's no arguing that anything that West creates sells out almost immediately. The Adidas Yeezy made its debut in 2015, and immediately garnered a cult following thanks to its scarcity. The Yeezy shoes were hard to buy, available in a limited amount, and were limited edition, which instantly boosted the collection's reputation. Only 9,000 pairs were available, and they sold out in 10 minutes.

But the clamoring for West's shoes wasn't just reserved for his first design. More recently, West dropped the Adidas Yeezy Boost 700 ‘Inertia’ in March 2019. The shoe sold out in minutes once again, even though nearly 50,000 pairs were available.

Since West's game plan is to drop shoes with a limited quantity, it revs up shoppers to buy the shoes quickly out of fear of missing out. So even though the Yeezy Crocs are garnering a lot of jokes online, chances are these foam runners will sell out just as quickly as the rest.