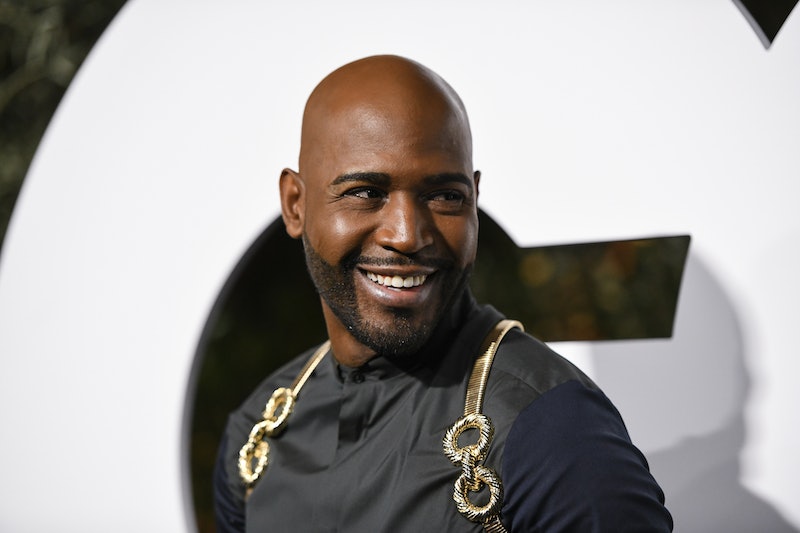 Peter Weber may be about to meet his 30 Bachelor contestants during Monday night's premiere, but if things don't end up working out, Karamo Brown has an idea of who the Bachelor should give his final rose to at the end of his journey. While speaking to Us Weekly on the Golden Globes red carpet on Sunday, Jan. 6, Karamo revealed he's still rooting for Peter and Hannah B. In fact, he said, they make a "cute couple" together.

“He better find love on The Bachelor. If he doesn’t, like, I mean no shade … He and Hannah [Brown] would be a very cute couple, but I’m not putting her down that road,” the Queer Eye star told the outlet, while adding that he hopes Peter is able to find that special someone at the end of his journey, regardless of who it's with. Granted, it shouldn't come as much of a surprise to learn that Karamo is such an avid Hannah B. supporter. Karamo and Hannah completed against each other during this past season of Dancing With the Stars, which allowed them the chance to get to know each other a little better. Hannah went on to win the Mirror ball trophy at the end of the season.

Karamo also went on to discuss where he thinks the Bachelor series itself can improve and what he'd like to see from future seasons moving forward. “I hope we have a black Bachelor! If I wasn’t getting married in September, I would tell you, ‘Holler at me,'” Karamo said. “There has to be a black man you can put on that show to find love. Can we get an Asian man to find love? Like seriously anybody other than another white guy. Even though I do like all the white guys they’ve had on there.”

Viewers will just have to wait for future seasons to see whether the show opts to heed Karamo's sage advice, but in the meantime, Peter's journey to find love has only just begun — and yes, it will involve Hannah in some way, given that she will appear during the premiere episode on Monday, Jan. 6. And it seems Hannah's visit shook Peter more than he expected. “Before she came, before that first night, in my mind, I was over Hannah,” Peter told Access Hollywood. “I wouldn’t have taken this opportunity if I wasn’t. … After I saw her that first night, I may have questioned if I was over her.”

Perhaps Karamo's wish will end up coming true after all — hopefully in more ways than one.