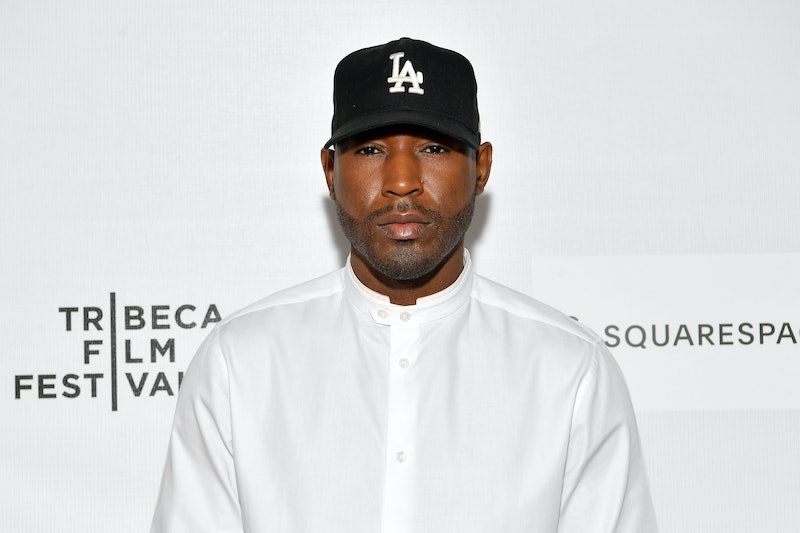 Two weeks after deleting his Twitter account, Queer Eye's Karamo Brown returned to Instagram with a response to his Dancing With The Stars drama. Last month, Brown defended Sean Spicer, former White House Press Secretary and his fellow DWTS contestant this season, and received major backlash. But, on Thursday, Sept. 5, Brown was back with a message for the haters, with a little help from country singer Maren Morris.

On his way to his first dance rehearsal for DWTS, Brown took to Instagram. "So... some of you may know I deleted my other social media pages and took a long break from posting on ig because I been in a bad state of mind," Brown wrote.

According to Brown, "My kids/family & I were being threatened by strangers... People who I thought supported & loved me turned their backs on me... saying I was a traitor, a horrible person, delusional and treating me really bad."

But, in preparation for this season of Dancing With The Stars he wanted to get off on the right foot. "No More Tears and No More Holding My Head Low! Im playing my favorite/pick me up song from @marenmorris," he wrote alongside a video of him singing along to Morris' "Girl," an empowerment anthem for those who need to pick themselves up and try again. "Taking a deep breath," Brown wrote, "and reminding myself #EverythingsGonnaBeOkay #ImBack and #StillBelieveInPeople."

After the lineup for Dancing With The Stars Season 28 was announced, fans shared their frustrations over Spicer's casting. "I'm actually disappointed in @Karamo for lending his celebrity to this," Twitter user @Mandabald wrote on Aug. 21. To which Brown responded in a now deleted tweet that he didn't have a say in the casting. "But I’ll tell you this... I’m excited to sit down w/ him and engage in a respectful conversations," Brown wrote. "Only way things get better is if we try to educate those who have different POV than us."

And the Queer Eye star didn't just defend Spicer on Twitter. He also did so in an interview with Access Hollywood where he called Spicer "a nice guy." After that video went viral, Brown received a lot of criticism for defending Spicer, who repeatedly lied to the American public as Trump's Press Secretary, and he ended up deactivating his Twitter account on Aug. 22. (Brown has yet to reactivate his Twitter account.)

According to BuzzFeed, before Brown deleted his account, he released a statement regarding his comments about Spicer. "I’m reminded of it daily as a gay man of color. I know that representation matters – that it can affect change. I see you & I hear you," he wrote in the now deleted tweet. "I’m bringing my personal message of love, equity & inclusion to the dance floor. I want it to eclipse & triumph over divisiveness & hatred."

After posting his latest Instagram, Brown seems to be stepping into safer territory, receiving support from fans who are happy to see him back online. "You are one of the most genuine people I've ever met! You got this!" one fan wrote. Another commented, "You have hundreds/thousands of fans who have your back."

No doubt the many fans welcoming Brown back to Instagram will be equally excited to pick up the phone and vote for him when the new season of Dancing With The Stars begins.