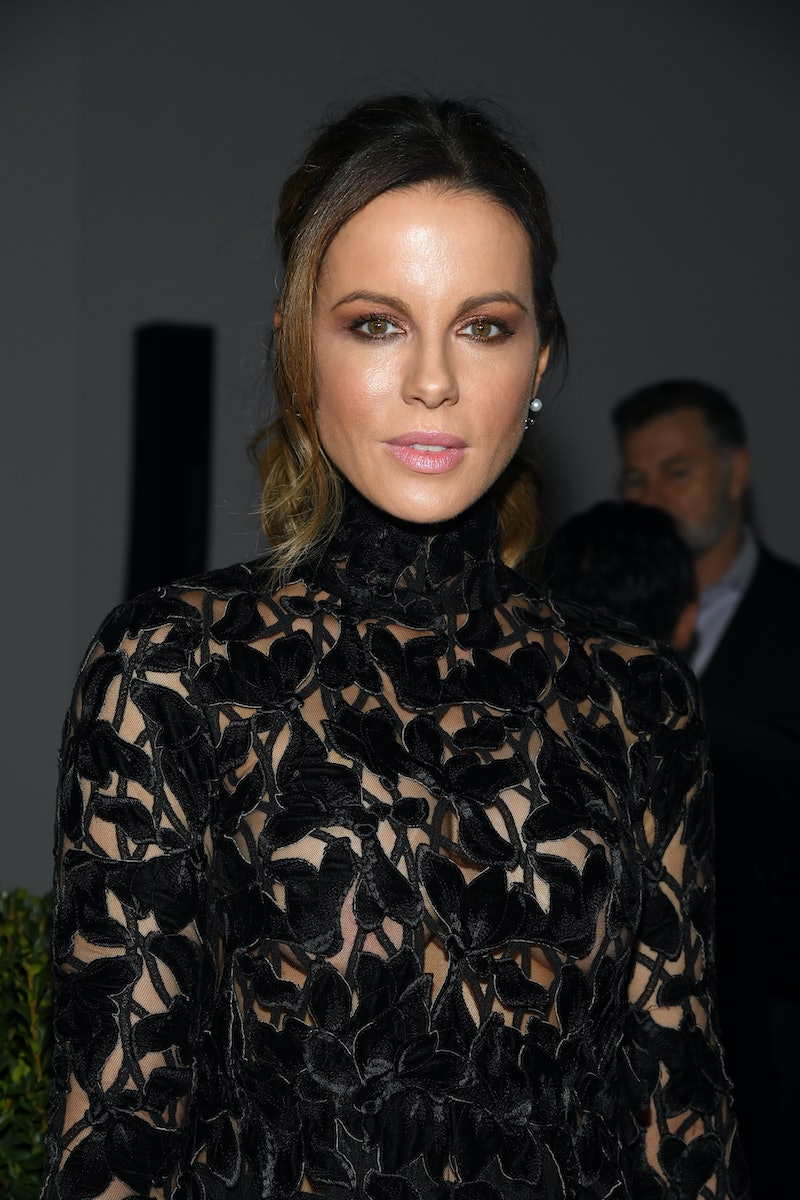 On Jan. 27, Kate Beckinsale revealed that she was hospitalized because of a ruptured ovarian cyst. She broke the news by sharing some photos with her Instagram followers. In response, celebrities rallied around Kate Beckinsale to support her during her recovery. Along with the two photos she shared, Beckinsale wrote, "Turns out a ruptured ovarian cyst really hurts and morphine makes me cry. So thankful to everyone who looked after me #wobbly."

The John Hopkins Medicine website explains that "an ovarian cyst is a fluid-filled sac that forms on or inside an ovary. In some cases, the cyst can break open (rupture)." This can result in "pain in the lower belly and bleeding."

As of this moment, the actor hasn't given any updates on her condition since her Jan. 27 post. However, the Instagram photo received a lot of support from her famous friends. Wedding Crashers actress Isla Fisher asked about Beckinsale's condition via Instagram, and sent some love her way. While actor David Spade skipped the warm sentiments and just commented, "Wtf." Sarah Silverman, who shares Michael Sheen as a mutual ex-boyfriend with Beckinsale, wrote, "OMG!!!!" And Courtney Love added she's "sending love" to the Underworld star. Singer Natalie Imbruglia also chimed in, writing, "Oh no... wishing you a speedy recovery," and Rose McGowan commented, "Poor darling!"

The sheer amount of support that Beckinsale is receiving will hopefully give her strength as she recovers, and remind her that she's surrounded by so many people who care about her.

Unfortunately, Beckinsale's post also attracted some criticism from Instagram users who didn't quite understand why she shared a hospital photo. According to People, someone commented on Beckinsale's post with, "But first let me take a selfie." In response, the actor clarified, "It's actually not a selfie. My mum took it. In fact I would not have posted it if we had not noticed someone in a car taking a photo of me leaving the hospital in a wheelchair." She went on to explain,

"I have Instagram largely to have my own honest narrative and not have to always be ambushed by stories that come out that are invented, I'd prefer to say what happened than endure speculation and so I chose to share. I agree, it's not a normal impulse. But it's not normal to be photographed in vulnerable situations by people you don't know either. (If you were interested in knowing the provenance of this, which, you probably are not.).”

People want to know about celebrities' private lives, and then there are others who hate on them for being so open. Sure, it's not everyone's style to share photos from a hospital visit, but she just wanted to get ahead of a potential story since she spotted someone taking pictures of her at the hospital anyway. What's more, her post is helping fans who have gone through similar medical emergencies themselves. One Instagram user commented on the actor's photo, "So glad you went to the hospital and got the help you needed. Thank you for sharing this message. As a woman who gets frequent cysts and occasionally has them rupture, it's hard to explain the pain to people."

It's a shame that Beckinsale was made to feel as if she had to explain herself for sharing her health condition, but at least the actor has plenty of support from her family, friends, fellow celebrities, and many fans who are grateful that she shared her story.