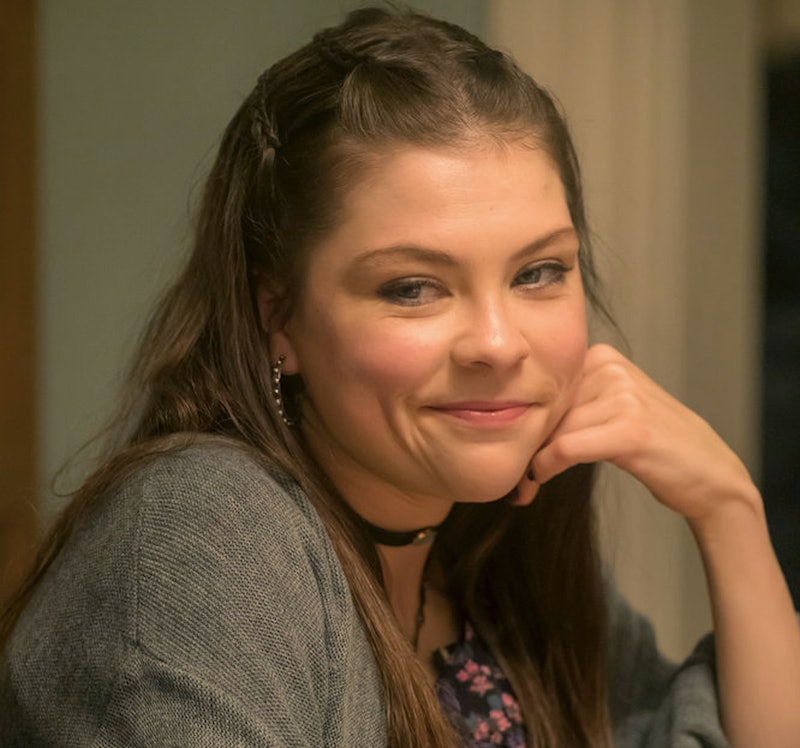 The Pearsons may still be in the process of grieving Jack's death in the '90s timeline, but that apparently won't be the only tragedy to befall this beloved family. Fans have only just started to see Kate and Marc's relationship on This Is Us begin to unfold, but based on the way adult Kate reacted upon finding an old Polaroid of him, their time together won't end on a happy note. "I was trying so hard to hold it together that year after your father died, and I wanted to believe so badly that you kids were happy. I didn't see what was happening," Rebecca said to adult Kate upon seeing the photo. "I didn't see it either," Kate ominously added.

Should viewers be concerned? Absolutely. In fact, that's exactly how the This Is Us producers and co-showrunners Elizabeth Berger and Isaac Aptaker want fans to interpret Marc and Kate's dynamic. "Fans should have a healthy amount of concern," Aptaker told Entertainment Weekly during a recent interview while discussing Kate's new beau. "I mean, there’s something ominous looming there, the way that Rebecca and Kate are speaking about that relationship in present day. And although he seems like a sweet guy now, it certainly seems like that did not end well for Kate."

Marc has already started to show some slightly unsettling behaviors toward Kate. For starters, he dropped by her house unannounced for a family event after getting her address off her employee work form. Kate referred to the gesture as "romantic [and] a little creepy," which Marc seemed to agree with. He also took the liberty of calling himself Kate's boyfriend despite the fact that she had already introduced him to her family as her work friend. He didn't get her consent to label himself in that way and yet he showed no hesitation in doing so. Then there's how physically possessive he seemed to act toward Kate, always putting his arm around her or clutching onto her arm.

When you look at all these factors separately, it may not seem like a big deal, but if you put them all together it begins to showcase some serious red flags. "He’s obviously somebody that goes for what he wants and feels entitled to show up to a place even when he’s not invited," Berger said during the same EW interview, in regards to Marc's personality. "And we do feel like that is a little bit of a tell for where we’re going and what this guy is all about."

Aptaker also commended Austin Abrams, who plays Marc, for already adding so many layers to the character. "There is a little bit of a darkness and a creepiness to this character, even though he hasn’t actually done anything," Aptaker told EW. "But there’s also this this sweetness and this charm, so you totally understand why Kate is enamored with this guy."

Considering everything Kate has already been through in the wake of Jack's death, it's unsettling to think that there's even more heartbreak and sorrow in her future. Fans have yet to know the extent of her history with this Marc guy, or the details of what exactly caused them to part ways, so it's important not to jump to any conclusions just yet. But if these problematic traits of his continue to pop up throughout the season, Kate's first love could quickly become a nightmare.