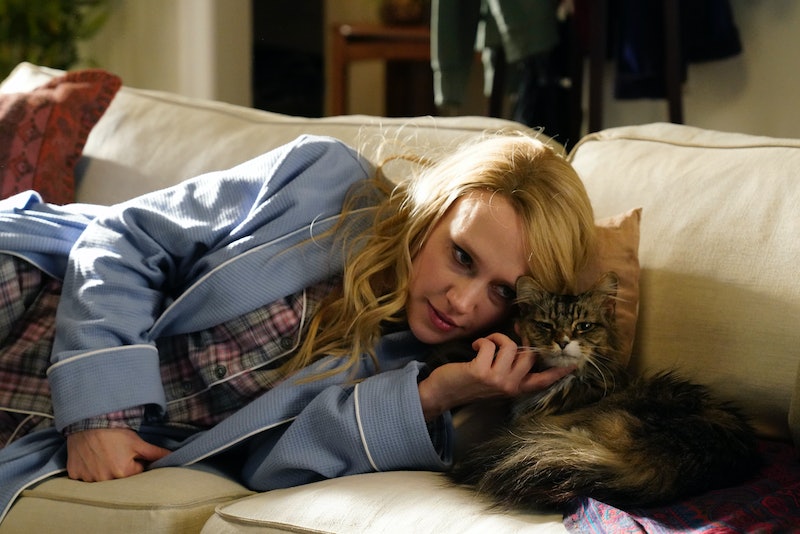 Throughout her tenure on Saturday Night Live and in interviews about her personal life, Kate McKinnon has proven that she is a proud cat lady. But McKinnon's new show Joe Exotic takes her love of felines to a comedically dangerous place. As Variety reported, the show is based on a Wondery podcast of the same name about two big cat lovers who turn on each other. McKinnon herself is a devoted mom to her own cat, Nino Positano. So you better believe she's going to be bringing major Cat Mom Energy to this new series.

Joe Exotic was the second season of Wondery's Over My Dead Body podcast that folloed the true story of Joe "Exotic" Shreibvogel and his nemesis Carole Baskin. No actor has been attached to Joe Exotic, who called himself "The Tiger King" and owned a small zoo outside of Oklahoma featuring animals like lions and tigers. But McKinnon will play Baskin — another big cat owner who ran Big Cat Rescue out of Florida. Baskin disapproved of the breeding of these majestic animals and when she learned about Joe Exotic's operation, she tried to shut him down. Yet, Baskin was no saint either, and she made a serious enemy in Joe Exotic. As the show's description per The Hollywood Reporter teases, "The results prove deadly."

If you want to find out what happens, podcast host Robert Moor also published a story on Joe Exotic and Baskin's rivalry through New York Magazine's Intelligencer. But you don't have to know the ending to know that McKinnon is purrfectly cast as Baskin.

McKinnon has proudly displayed her love of cats on Saturday Night Live, in the recurring sketch "Whiskers R We." In the sketch, she plays Barbara DeDrew, who gives unique and pun-filled descriptions of the rescue animals. Meanwhile, her guests — which have included Charlize Theron, Reese Witherspoon, Amy Adams, Melissa McCarthy, Kristen Wiig, and Tiffany Haddish — are more interested in petting Barbara than the cats.

In her real life, the comedian is just as much of a cat lover. On The Tonight Show with Jimmy Fallon in 2016, she showed off her sweatshirt containing a pouch for her 17-pound cat, Nino Positano. Nino is a regular talking point for McKinnon when she's on talk shows, as this montage from KateMcKinnonTV on YouTube demonstrates. Unfortunately, McKinnon isn't on social media to post photos of Nino. But she promised during The Hollywood Reporter's Comedy Actress Roundtable from 2015, "Actually if I had Instagram, it would just be photos of my son — who is a cat."

It definitely sounds like Joe Exotic is going to give McKinnon the opportunity to live the dream of being surrounded by cats — even if it eventually turns into a nightmare.

More like this
Who Is Pete Davidson Dating? He "Courted" Emily Ratajkowski At A Knicks Game
By Jake Viswanath
Matt Smith Proves He's Daddy Daemon In This Viral 'House Of The Dragon' Video
By Marina Watts
Nicola Coughlan Just Shared A Major Update About 'Bridgerton' S3
By Sam Ramsden
'Blue Story' Fans Will Recognise 'The Confessions Of Frannie Langton’s Karla-Simone Spence
By Maxine Harrison
Get Even More From Bustle — Sign Up For The Newsletter