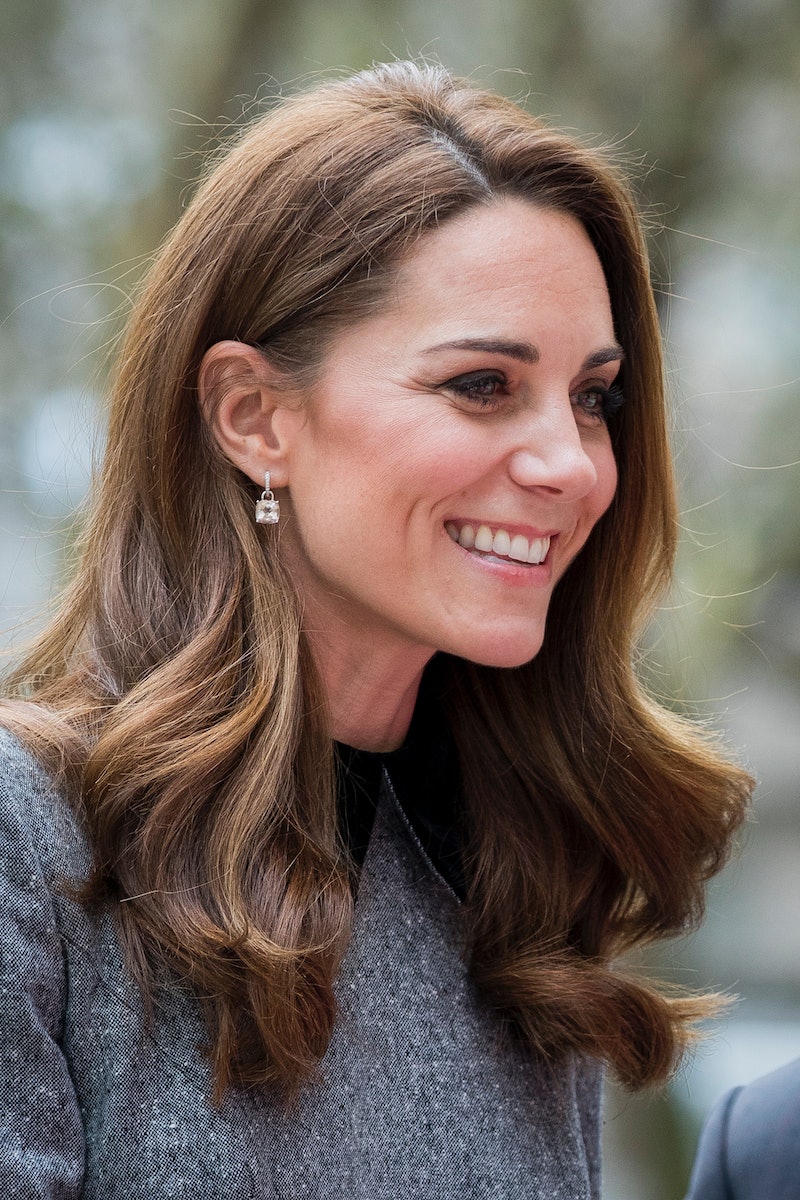 There are two major reasons the Duchess of Cambridge may be in a celebratory mood on Monday, April 29. First and foremost, it's her eighth wedding anniversary, as she married Prince William back in 2011. Secondly, Kate Middleton received a major honor from Queen Elizabeth, as she was appointed to the Royal Victorian Order, according to the royal family's official website. Given the duchess' extensive work over the past eight years as a member of the British royal family, it's definitely a well-deserved award.

The Royal Victorian Order sounds like the epitome of grandeur, but what exactly does the term, which grants Middleton the title of Dame Grand Cross, signify? Well, according to the official website for the royal family, the special honor is "a personal gift of the Sovereign" given to someone who has "served The Queen or the monarchy" in a specific way. Given the name of the award, it shouldn't come as a surprise that it was Queen Victoria who first established it back in 1896.

Ever since Middleton became an official member of the royal family, eight years ago exactly, she has been an active patron for many United Kingdom-based charities. She's been particularly focused on initiatives relating to mental health and children, as she is currently an advocate for Action for Children, East Anglia's Children's Hospital Heads Together, and many more organizations.

Seeing as though the Duchess of Cambridge has been heavily involved on the charity front over the past eight years, it's easy to see why the Queen would honor her granddaughter-in-law with such an impressive award. According to Majesty Magazine, Queen Elizabeth will bestow Middleton with the Dame Grand Cross title in a ceremony held on May 3 at Windsor Castle.

Middleton isn't the first member of the royal family to receive the honor. Sophie, the Countess of Wessex, Camilla, the Duchess of Cornwall, and Princess Anne have all received the Royal Victorian Order over the years, according to Express. Interestingly enough, the publication reported that, like the Duchess of Cambridge, Camilla received the award when she and her husband, Prince Charles, celebrated their wedding anniversary (she received it in 2012, as the Independent also detailed, on the day of their seventh wedding anniversary).

As previously mentioned, this announcement comes on the same day of the Duke and Duchess of Cambridge's eighth wedding anniversary. Kensington Palace marked the occasion by posting a collage of photos from the special day on Instagram, writing:

"8 years ago today — thank you for your lovely messages on The Duke and Duchess of Cambridge’s wedding anniversary!"

Since their wedding day, the couple has welcomed three children together, Prince George, born in 2013, Princess Charlotte, born in 2015, and Prince Louis, who just celebrated his first birthday on April 23.

April has certainly been an exciting month for the royal family, and, of course, for Middleton, in particular. From all of the excitement surrounding this new, well-deserved honor from the Queen to her wedding anniversary celebrations, the Duchess of Cambridge definitely has a lot to celebrate.