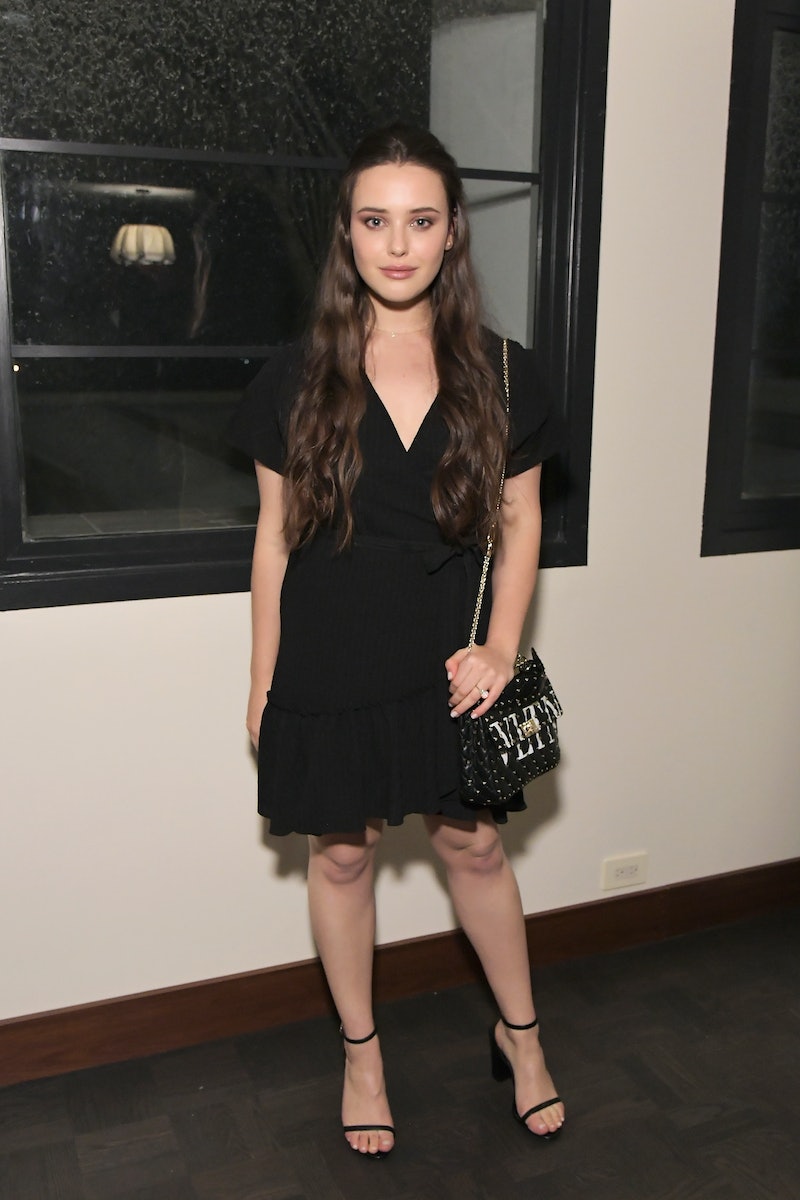 Hollywood has yet another celebrity hair change on their hands, and considering just how many stars have taken to coloring their locks lately, it's honestly impressive that there's anyone left. However, Katherine Langford's new red hair makes her the latest to join up with other celebrities who have gotten dye jobs. The difference? This look is giving off some serious Disney vibes.

While it's honestly doubtful that you haven't heard Langford's name before, just in case, she's the star of Netflix's series 13 Reasons Why, and while the show has come under some criticism, its star has made a name for herself thanks to both the role and her Golden Globe nomination for the performance in 2018. With 13 Reasons Why not currently filming and nothing on her IMDB page to suggest it to being soon or her role to return, Langford has dyed her hair red, and honestly, it's giving some serious Princess Ariel The Little Mermaid vibes.

Over the weekend, Langford took to her Instagram account to post a photo of herself with her freshly colored red hair. Honestly, it looks SO good on the star. While fans of hers are used to see the actor with her natural brunette locks thanks to her role in 13 Reasons Why and movies like Love, Simon, Langford looks so amazing in red that maybe she should always have the color.

According to Teen Vogue, Australian based salon Circles of Hair is responsible for the gorgeous new look, and they posted a few photos of the star on their own Instagram account.

As for why Langford decided to go red, there's been no word from the actor. However, some outlets have released a few speculative ideas, not the least of which has to do with her mystery role in the upcoming Avengers: EndGame film.

W Magazine cited several fans' reactions to the red hue by hypothesizing that Langford could be playing the daughter of Tony Stark's Ironman and Pepper Potts. Given that time travel is rumored to have quite a large role in the next film, scenes in a future where their daughter would be is a totally reasonable explanation.

Of course Avengers isn't the only project that Langford is working on. According to Variety, she's set to star in an upcoming Netflix series from Frank Miller based on the Arthurian legend of the Lady of the Lake. Could she have gone red for that role? It's possible, as is the theory about Avengers. Fans will just have to wait and see which film the actor pops up in first with her gorgeous new red locks. It's just too bad one of them isn't a remake of The Little Mermaid.

Regardless of why Katherine Langford's new red hair is here, though, the style looks great on the actor. Whether you're waiting to see who she'll play in Avengers and are using her hair as a clue or you're just a fan of the actor, this red hair is a total change for the star and will leave you with heart eyes for days.