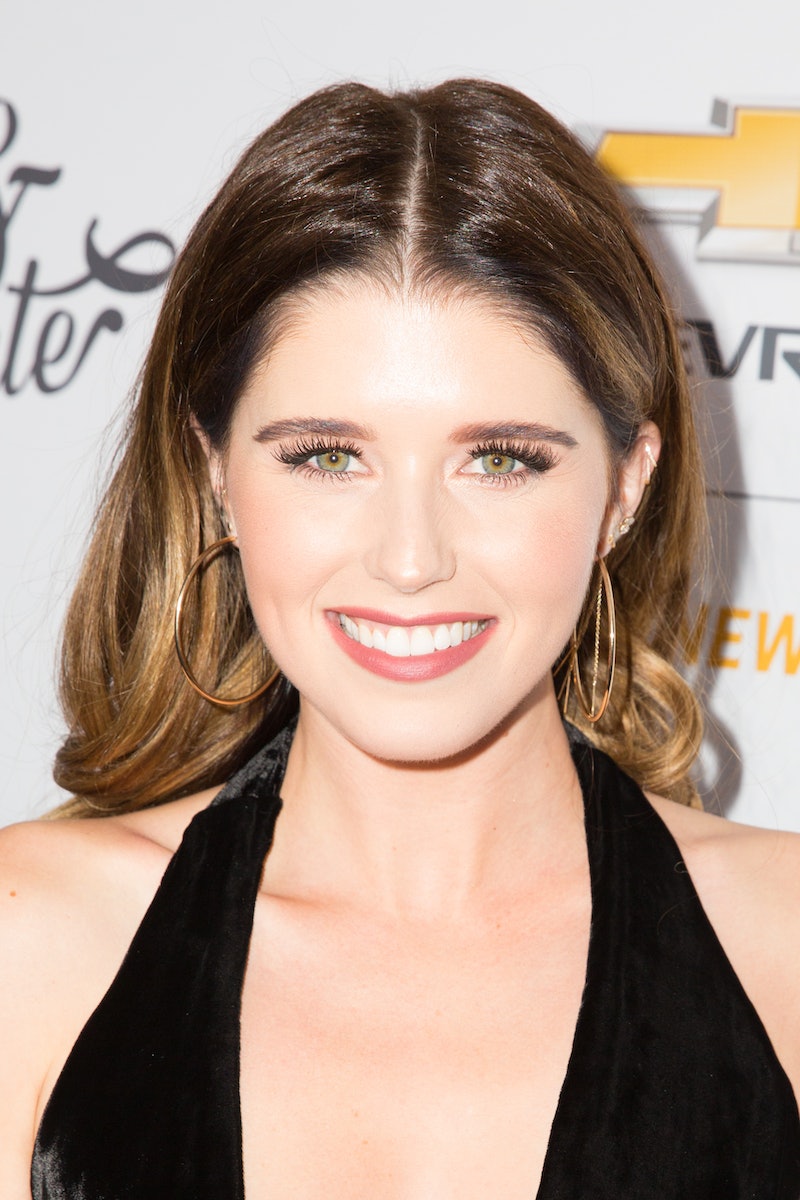 Monday marked a major milestone for Katherine Schwarzenegger and Chris Pratt. In addition to announcing their engagement, the couple went Instagram official — or at least they did on her page. Pratt has posted about their relationship before. Now, his future wife is in on the social media PDA. And best of all, Schwarzenegger’s engagement post includes an equally sweet message for the actor.

Hours after Pratt announced the engagement on his own page, Schwarzenegger shared the same photo to celebrate. Along with a heart and ring emoji, she wrote in the caption,

"My sweet love. Wouldn’t want to live this life with anyone but you"

Since this is the first time that Schwarzenegger has posted about their relationship on her Instagram, it's quite the debut and definitely worth the wait. Meanwhile, in Pratt's engagement Instagram post, he shared,

In a post on his Facebook fan page, Pratt shared that same sentiment. He also added an explanation about why they decided to announce the big news themselves, instead of keeping it private or sharing it through their reps. The Jurassic World actor wrote on Facebook,

"Ideally we’d have kept this secret for as long as possible. But considering there’s paparazzi camped out in the alley behind our house and they document everything whether we like it or not, we’ll take the lead here and release this statement."

It's smart to share the news on their own terms. Not only that, but the Facebook post also slyly confirms that the future husband and wife already live together. This isn't super surprising — Pratt hinted at this when he posted a video with a truck load of moving boxes to his Instagram page on Jan. 11. He never actually said whose stuff he was moving. However, a Jan. 13 People article reported that Pratt was actually helping move her out of her place. Now it's all coming together.

Both of their engagement announcements have garnered positive reactions. For instance, Schwarzenegger's mother Maria Shriver responded to her post with a sweet comment.

While that comment indicates that her mom is on board with the impending marriage, that's really not shocking either since a source told People in June 2018 that Shriver is the one who set them up. Mother really does know best, especially in this case.

Shriver also congratulated Pratt on his post and praised the couple for their shared spirituality.

Schwarzenegger's brother Patrick referred to Pratt as his "brother" when he commented on the Guardians of the Galaxy star's Instagram.

The bride-to-be's family members are not the only people who publicly congratulated the couple. Pratt's ex-wife Anna Faris commented on both of their Instagram posts. In response to Schwarzenegger's post, Faris wrote that she loves them. And her comment on Pratt's Instagram announcement was just as supportive.

As if the engagement ring didn't make things official enough, Schwarzenegger and Pratt have been very enthusiastic in their social media announcements. Plus, they have the seal of approval from parents, siblings, and even an ex. Their engagement is off to a great start.