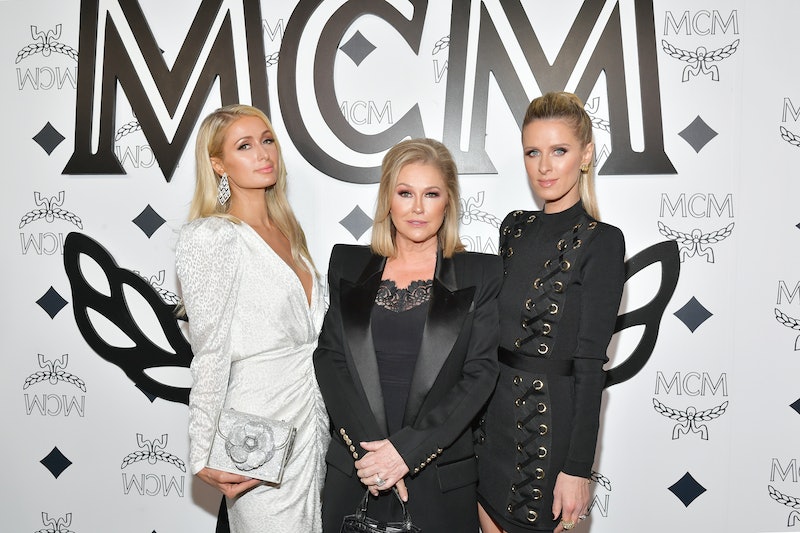 She has never been a cast member on Real Housewives of Beverly Hills, but Kathy Hilton has been a part of many storylines. After all, her sisters Kyle and Kim Richards are OG's, which means that Kathy has been mentioned a lot throughout the years and she made appearances, including this season. So, what is Kathy Hilton up to in 2019?

The last time Kathy was mentioned on RHOBH was during the Season 8 reunion, which aired in May 2018. Kyle admitted that their relationship was "not great" at the time." A majority of the strain stemmed from Kyle's show American Woman, which was loosely based on their childhood. At the reunion, Kyle shared, "I told her all the time. I said, 'I’m not sharing your stories or Kim‘s — these are my own stories.'" The now-canceled show wasn't their only issue though. Kyle admitted, "I think it started with my husband leaving their real estate company and opening [competitor] The Agency."

However, it seems like Kim brought the sister trio together since then. Or at least her birthday did. All three of them celebrated her special day in September 2018. Kim was so happy about it that she shared a photo of them all sitting together with some sweet sentiments in the caption. Kim told her followers,

"I can’t tell you all how much this Birthday meant to ME Having both of my sisters right next me to meant the world @kathyhilton & @kylerichards18 I love you both so so much."

Kathy discussed the sister outing for Kim's birthday during an October interview with Access. Kathy shared, "It was so wonderful. It really was lovely." After talking about how proud she is of her sister Kim, she gave an update on her reunion with Kyle. Kathy revealed, "It was really sweet. We've been on the phone several times a day every day." Oh, how far they've come!

Aside from spending time with both of her sisters again, Kathy has been hanging out with some other RHOBH ladies. Does this mean she will be on the show more? Probably not, but Kathy did hang with Kyle, Teddi Mellencamp Arroyave, Dorit Kemsley, and long time friend of the show Faye Resnick in March 2019. Kathy's daughters Paris and Nicky Hilton were also there for the super fashionable ladies night out. If only a camera crew was present.

As great as it is to see Kathy and hear about her on the show, she just seems to be loving her life right now. Why shake that up with some drama and cat fights? (Or dog (related) fights, based on this season's never-ending drama surrounding Dorit's failed puppy adoption.)

Kathy never held a diamond in the RHOBH opening credits, but she has plenty in real life. As great as it is to hear about her life on the show, it just doesn't seem like reality TV is her thing and that's perfectly alright. She really seems to be having a great time as a mother, sister, and grandmother. If ain't broke, don't fix it.