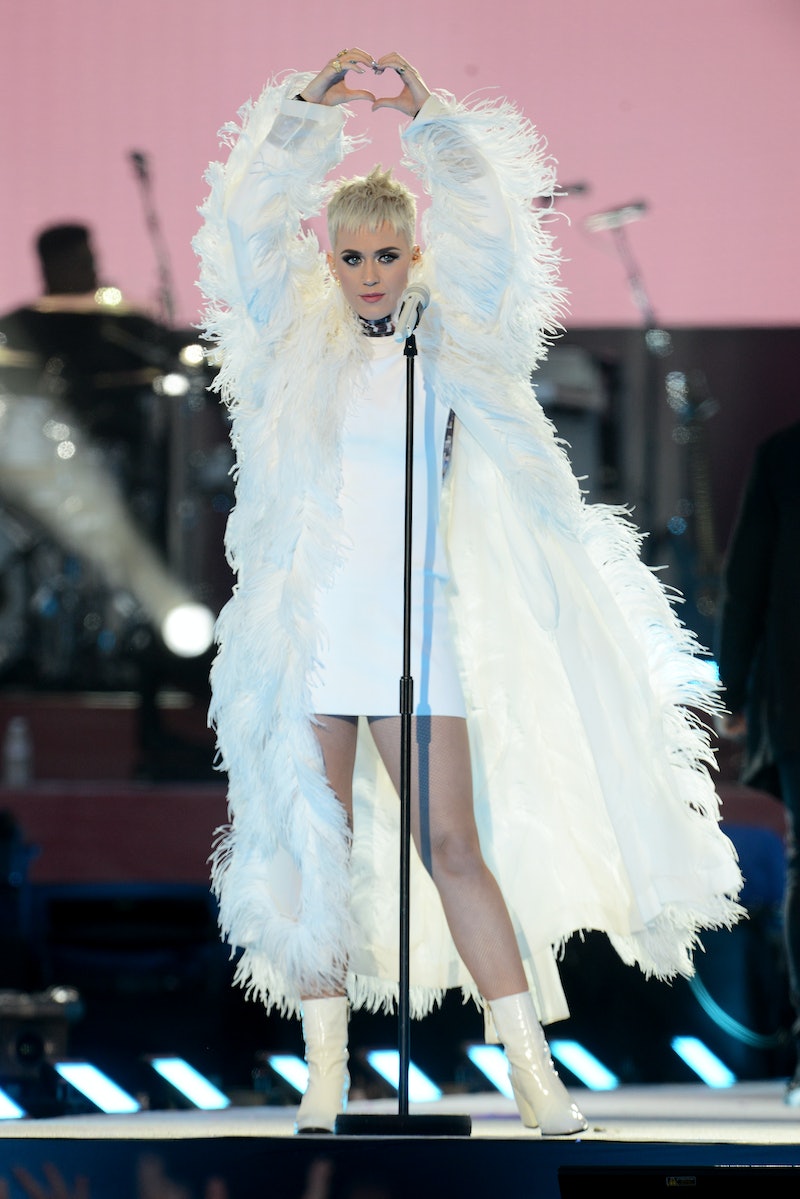 So, this is huge news to me and it may come as big news to you, too: Katy Perry is livestreaming her life Big Brother-style for the next few days. It's all part of the release for her latest album Witness and involves Perry living inside what's known as Witness World Tour headquarters from Thursday, June 8, to Monday, June 12. According to Refinery29's report, she isn't simply living in a house and chilling while Witness plays in the background. No, instead, Perry is bringing fun and interesting guests into the house, like chef Gordon Ramsay, while doing regular celebrity fun stuff like yoga. But there's is, of course, a lot of Witness being played in between activities in what might be one of the most bold and creative projects she's participated in.

In the grand tradition of Big Brother, Real World, and even Jersey Shore, Perry is living in a house with her assistants, her dogs, and a full technical crew (who help set up for the bigger, in-house events like cooking with Ramsay) and she's just chilling and living her life. The livestream, which is comprises of multiple feeds from cameras positioned at a variety of voyeur-esque angles around the house, is opening Perry up to the public in a new and intimate way, but that's also kinda the point.

Because, in case the idea was lost you, this whole livestream is a direct tie-in to the title of the album: Witness. As Refinery29 puts it, Perry "wants her fans to be able to 'witness' her life."

It's a fascinating foray into performance art and self-promotion, with Perry truly letting it all hang out — in an SFW kind of way, of course. I mean, what could be better than watching her get her makeup done by Youtube star and make-up artist Laura Lee, cook good food, reveal that she no longer drinks coffee, and basically just become the celebrity talk show host of our dreams as she meets with a variety of guests?

TMZ reports that this Witness livestream will lead into a live concert on Monday, June 12, for a select crowd of Perry's biggest fans. It's reportedly a secret event, with only 1,000 people invited to attend. Let's hope she keeps at least one camera focused on that, too, because, again, it will be interesting to see Perry in such an intimate setting when she typically favors big and bold performances.

I highly encourage you to go watch her livestream ASAP. You don't want to miss her going full Big Brother anytime soon.