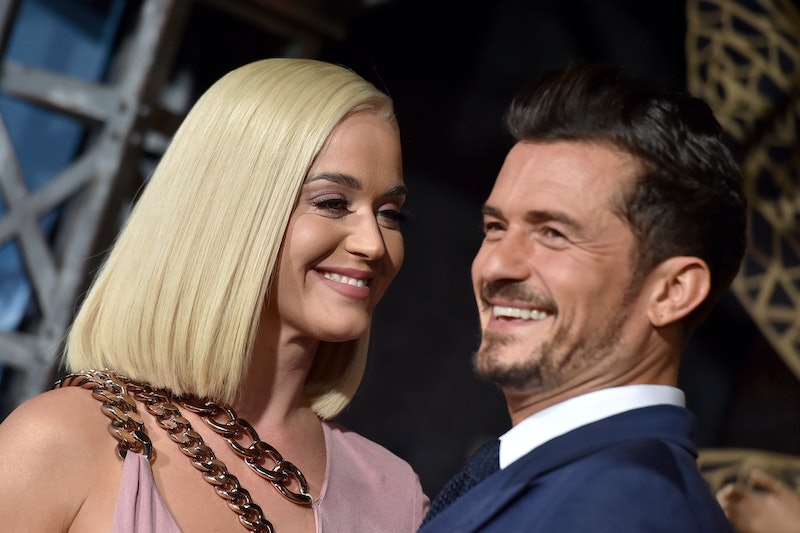 As far as baby reveals go, Katy Perry announcement that she was pregnant was pretty epic. The video for ‘Never Worn White’ is a loving tribute to Orlando Bloom following their engagement last year, which ends with the singer cradling her bump as confirmation that they are expecting a baby. After the video went live, Perry went on to confirm the news on Instagram Live, as Pitchfork reports.

“Let’s just say it’s gonna be a jam packed summer,” Perry wrote on Twitter following the premiere. She also exclaimed how excited she is that she doesn’t “have to suck it in anymore” and that she won’t have to “carry around a big purse” now that the news is out. “There’s a lot that will be happening this summer,” she said later on Instagram. “Not only will I be giving birth, literally, but also figuratively to something you guys have been waiting for. So let’s just call it a double whammy. It’s a two-for.”

The couple initially met at the beginning of 2016, and Perry made their relationship official in May that year on Instagram. Bloom popped the question three years later on Valentine’s Day, giving her a “flower-shaped ruby and diamond engagement ring”, which Perry again revealed on Instagram with the apt caption “full bloom”. I can’t.

During an interview with Roman Kemp on Capital Breakfast (via Elle), Perry explained that she knew something was up when she arrived for dinner and he wasn’t wearing tennis shoes. “I’m like, ‘Ah, s**t, something is going down! We were ordering everything and I was like, ‘Who is this person?!’” She continued:

“I got on a helicopter and he asked me to marry him, and then we landed on this building and then went downstairs and my family and friends were there and the most flowers you’ve ever seen. It’s like when Kanye does that for Kim, you’re like, ‘Oh my God!’ And I was like, ‘Oh my God!’”