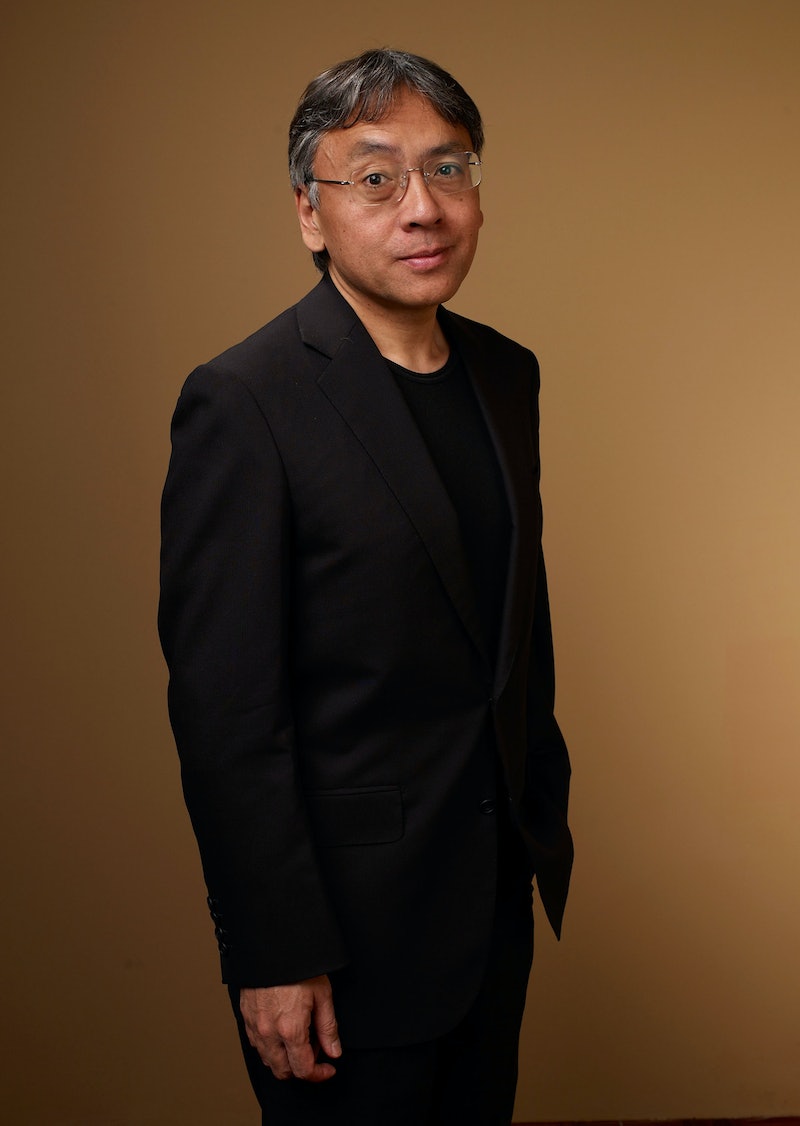 Amidst a flurry of excitement, the Swedish Academy announced on Thursday morning that British author Kazuo Ishiguro is the winner of the Nobel Prize in Literature for2017. The award is one of the most prestigious honors a writer can receive, and it comes with a whopping $1.2 million prize. Ishiguro — the beloved author of novels such as Never Let Me Go, The Buried Giant, and The Remains of the Day — seems to be a universally applauded choice, especially considering the controversy of last year's award, when the prize was given to folk singer Bob Dylan. While the responses to the news have been incredible, the most endearing was Ishiguro's own response.

Ishiguro told the BBC that receiving the award was "flabbergastingly flattering" — a turn of phrase that made my heart flip a little. In fact, he thought it might be a hoax when the BBC contacted him, since he hadn't received a call from the Nobel committee.

"It's a magnificent honour," he said. "mainly because it means that I'm in the footsteps of the greatest authors that have lived, so that's a terrific commendation."

Ishiguro went on to discuss how he hoped the Nobel Prize nominations could be a positive force in the world:

"The world is in a very uncertain moment and I would hope all the Nobel Prizes would be a force for something positive in the world as it is at the moment...I'll be deeply moved if I could in some way be part of some sort of climate this year in contributing to some sort of positive atmosphere at a very uncertain time."

It seems his hopes are already coming true, as news of the prize has rendered a massive outpouring of happiness and support. Ishiguro has a large fanbase internationally and here in the U.S., and as fans around the world celebrated his win, many agreed that this was the bright point in an otherwise challenging week.

Ishiguro's win was a surprise to most, as this year's predictions were wide-ranging and mostly focused on authors who do not write in English. But though it wasn't predicted, it's not a total shock. His books have already brought a light to millions around the globe and his writing is inarguably beautiful. With the world in such a chaotic and troubling time, it's a wonderful feeling to be able to pay tribute to art that has made such a difference in so many lives. So while Ishiguro may be flabbergasted, there is no doubt that that he deserves this distinguished honor.