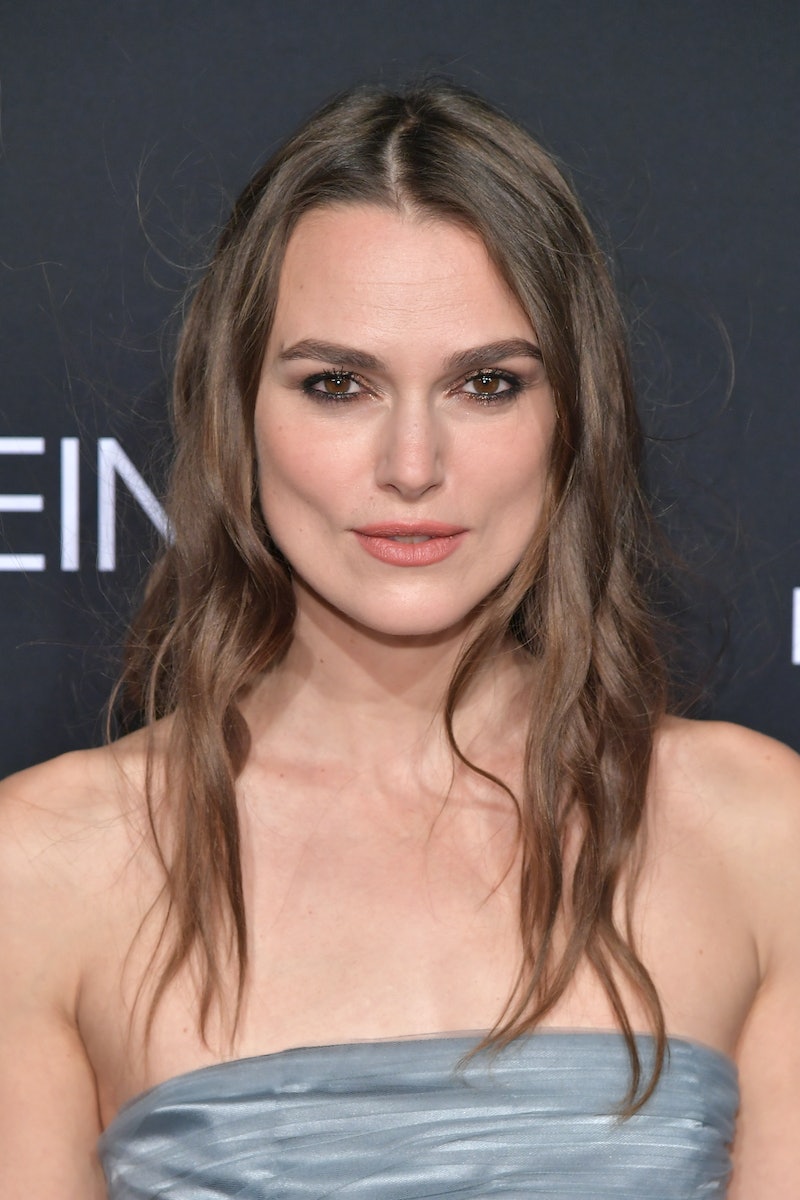 Be honest: How many times have you been totally convinced you just watched Natalie Portman star in a movie, only to realize it was actually Kiera Knightley all along? You're definitely not alone. In fact, Knightley gets mistaken for so many other female celebrities, including — but certainly not limited to — Portman, whose resemblance has catalyzed many a mix-up over the years, as far as identity is concerned. Knightley's role as a professional stand-in to Portman's Queen Amidala in Star Wars: Episode I probably contributed to the confusion, which has evidently long outlasted its original '90s roots.

During an appearance on The Late Late Show Tuesday night, Oct. 17, Knightley confirmed that, almost two decades post-Star Wars, the doppelgänger madness endures. "I've been chased through an airport as Natalie Portman," she told the host, James Corden, adding, "I mean, [I get mistaken for] Natalie Portman a lot. I did the Star Wars thing."

OK, so people have been confusing Knightley for Portman since roughly 1999. And while it's probably time for those people to accept the fact that the two actors — despite their conceivable similarities — are two different people, Knightley and Portman's resemblance is kind of tough to argue. Slightly more difficult to conceptualize is the apparent resemblance between Knightley and a whole roster of other female celebrities, ranging from Kate Winslet to Britney Spears.

Wait, Britney Spears? Knightley's likeness to the blonde-haired pop singer is definitely a stretch, but judging by her recent Late Late Show comments, it sounds like at least one fan managed to see it. Per her conversation with Corden, that fan was so convinced Knightley was actually Spears that they stopped the actor for a photograph. Only, they were under the impression that "Britney" was posing for the photo instead. "It was a weird one," Knightley told the host, though she added that she did pose for that photo anyway. "I'm much more polite, I think, when people think that I'm somebody else," she said.

The fact that anyone would confuse Knightley for the face of "Baby One More Time" is pretty silly, and for fans of the acclaimed British actor, it's also pretty hard to imagine. But a quick Google search reveals that Knightley's been dealing with this lookalike confusion for years now. And yes, that includes the Spears lookalike confusion, too, as bizarre as it sounds. During an appearance on The Graham Norton Show back in 2014, Knightley also talked about being mistaken for both Portman and Spears.

At the time, even Knightley said she thought the Spears mix-ups were "the most surprising" of all her decided celebrity doppelgängers. That said, Knightley told the host that's what she likes so much about it. Conceivably referencing Spears' ability to command a stage, she said,

"I get quite excited because I quite like the idea that I could do like that [mimes dancing], which I can't do."

Continuing, she revealed that she'd already "been Britney Spears like three times." And that was four years ago. Suffice to say, after watching Knightley's recent conversation with Corden, it seems pretty safe to say that fans mistaking her for Spears is among a whole collection of equally bizarre lookalike incidents. Thought the airport anecdote was bad? "I've been chased through a park as Kate Winslet," Knightley said Tuesday night. She's also been asked to say hello to Daniel Craig a number of times — as Rachel Weisz.

So, while it's probably in everyone's best interest to just learn Knightley's face and name (which is also not super difficult to do), at least the actor has learned to laugh off the misidentifications. Hey, as far as silver linings go, getting to be Britney Spears for a minute or two definitely doesn't sound like the worst case scenario.