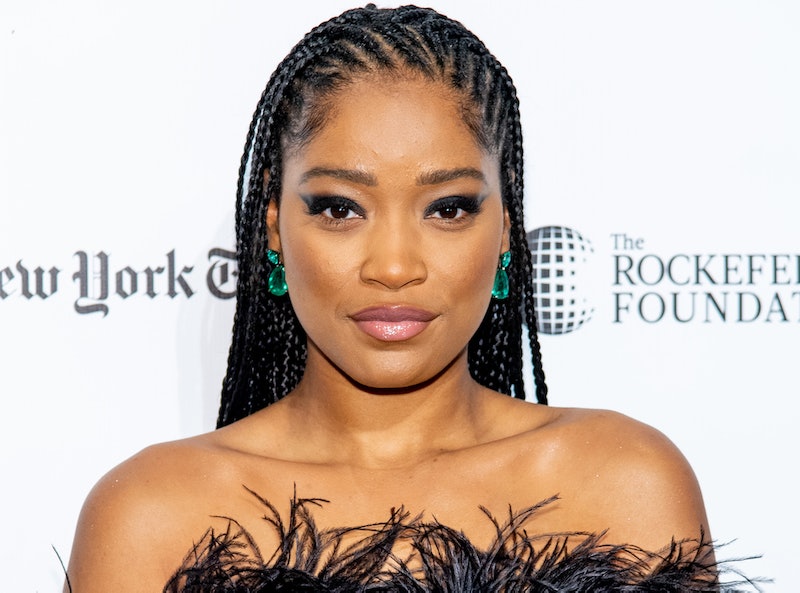 No, this is not a coronavirus stress-induced nostalgia dream: Keke Palmer teased a True Jackson, VP reboot on TikTok. The Hustlers star shared a clip of herself dancing to the theme song of the 2008 Nickelodeon teen comedy series (which she actually sang) and suggested that a reboot is coming in 2021. To further fan the late-2000s fire, Palmer’s former True Jackson, VP co-stars Robbie Amell, Ashley Argota, and Matt Shively responded to the clip to express their enthusiasm. Bustle has reached out to Palmer’s rep for comment.

“When they cancelled true jackson vp prematurely just to reboot it in 2021,” Palmer wrote on the TikTok video, showing off her dance moves. She then shared the clip on Twitter and wrote, “Congrats! Another reboot! Y’all made this happen.” Soon after, Amell retweeted Palmer’s post and wrote, “I’m ready.” Shively then tweeted, “Ummmm.... what’s good? You tryin to play with my heart or what?!” and tagged Argota, who replied, “I’m…. cackling. I truly thought I had just missed the email chains for this or something.” (That last tweet definitely makes it seem like Palmer was just kidding, but, hey, stranger things have happened.)

Nickelodeon’s True Jackson, VP followed Palmer as a young teen who lands her dream job as vice president of a fashion company’s youth apparel line. It ran for three seasons between 2008 and 2011. Amell starred as True’s crush, Jimmy, and Shively and Argota played True’s best friends, Ryan and Lulu, respectively.

Since there’s no official confirmation (yet), there’s no telling if or how a revival would present itself. Like, would there be all new faces, much like the Gossip Girl reboot? Or, would Palmer and her former co-stars reprise their roles as adults? While it’s all up in the air, Palmer and co. have kept busy since the series’ finale. Palmer has starred in Scream Queens, Hustlers, Scream, and is currently co-hosting an hour of Good Morning America, titled Strahan, Sara and Keke, and Quibi’s Singled Out reboot. Meanwhile, Amell just celebrated the launch of his new Amazon Prime show, Upload, while Shively recently starred in The Real O’Neals, and Argota starred in Bucket & Skinner’s Epic Adventures and started a podcast, Mismo.

Palmer’s TikTok teaser comes after other beloved shows have received the reboot treatment: Nickelodeon’s All That and Are You Afraid of the Dark? were both resurrected for a new generation of viewers. ABC’s Boy Meets World and Disney’s That’s So Raven produced spinoff revivals with Girl Meets World and Raven’s Home. Disney+’s recently-halted Lizzie McGuire revival is also still in the works. In sum, it’s an optimal time for reboots. Why not True Jackson, VP?