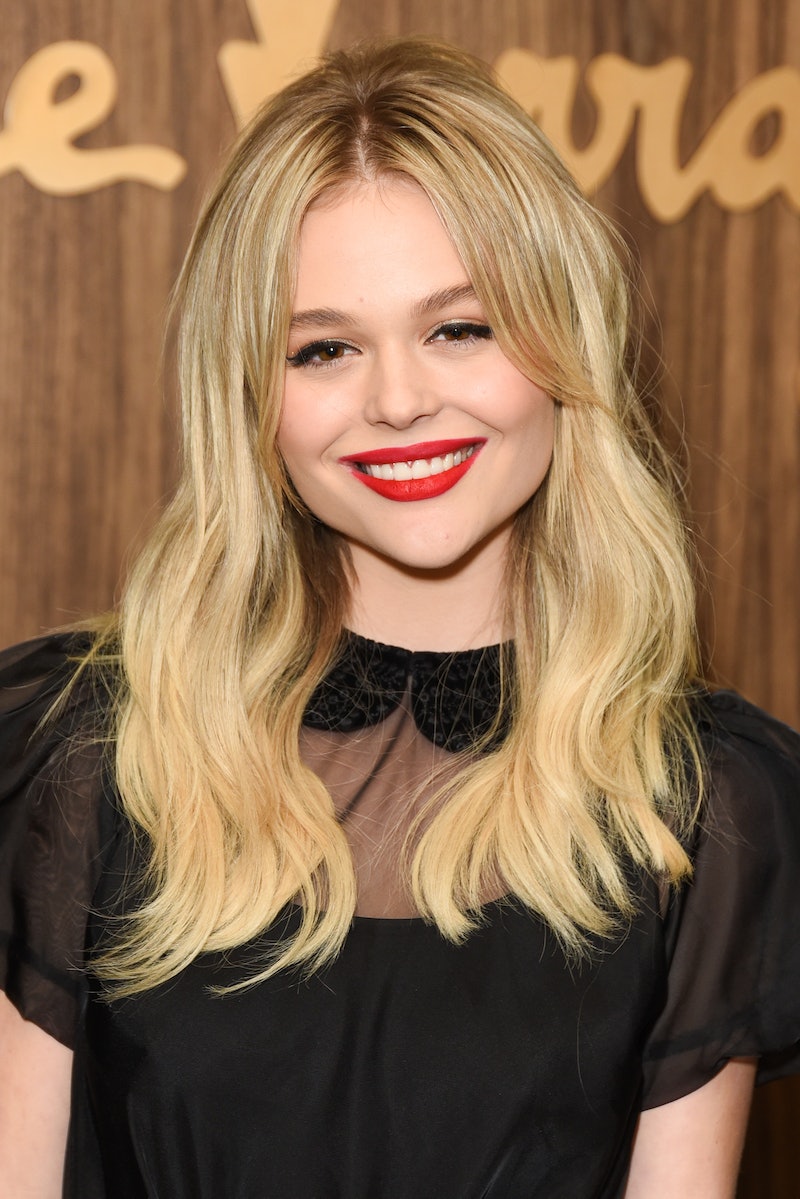 Here's some exciting gossip for you: HBO Max's Gossip Girl reboot cast Emily Alyn Lind as its lead, per Deadline. The young star is set to play Audrey, a teen who has been in a long term relationship, and is ready to see who else is out there. There's no word yet on who will round out her squad of private school pals, but it was previously confirmed that Kristen Bell will return as the show's mysterious narrator.

As for Lind, the 17-year-old may not be a household name just yet, but she already has plenty of acting credits. She's best known for her role as young Amanda on ABC's Revenge, but she's also starred in Code Black, Doctor Sleep, and Netflix's The Babysitter (she'll also appear in the sequel coming out later this year). Given how popular the original Gossip Girl became, she should be prepared for the reboot to potentially launch her into stardom. After all, Gossip Girl is the show that launched the careers of Blake Lively, Leighton Meester, and Penn Badgley — and the reboot is already generating buzz among fans.

The new Gossip Girl is set eight years after the Gossip Girl website closed down, but now the mystery commentator is back to share the secrets of a new generation of New York private school students with the world. Given how ever-present the internet is in teens' lives today, the show will explore how social media, and New York, have evolved since the original show began, per HBO Max.

Despite the reboot being about a new group of students, in July, executive producer Josh Schwartz told reporters at the Television Critics Association in July of 2019 that the door is open to the original cast if they want to play a role in the new series. "We've reached out to all of them to let them know it was happening, and we would love for them to be involved if they want to be involved," Schwartz said, per TV Line.

Ultimately, Schwartz and co-creator Stephanie Savage only wanted to revisit Gossip Girl if there was a genuinely interesting idea behind it. While the nostalgia factor of having the adult actors back would fun for a while, it wasn't enough to build a whole show on. Teens today have to deal with a whole new level of public scrutiny thanks to social media — and some of it is even self-imposed. That's what Audrey and the rest of the still-to-be cast characters will be dealing with, and that's also what will set the show apart from its predecessor.

"It felt like there was something really interesting about this idea that we are all Gossip Girl now, in our own way," Schwartz said at the TCAs. "That we are all kind of purveyors of our own social media state, and how that's evolved and how that has morphed and mutated, and telling that story through a new generation of Upper East Side high school kids just felt like the right time."

More like this
Lindsay Lohan Just Recalled A Hilarious 'Parent Trap' Story
By Sam Ramsden
How The Thanksgiving Episode Of 'Gossip Girl' Changed Pop Culture History
By Gabrielle Bondi
The 'Kenan & Kel' Reunion On 'SNL' Took A Dramatic Turn, Thanks To Keke Palmer
By Brad Witter
The First Trailer For 'That '90s Show' Includes So Many Nods To The Original Series
By Jack Irvin, Alyssa Lapid and Grace Wehniainen
Get Even More From Bustle — Sign Up For The Newsletter