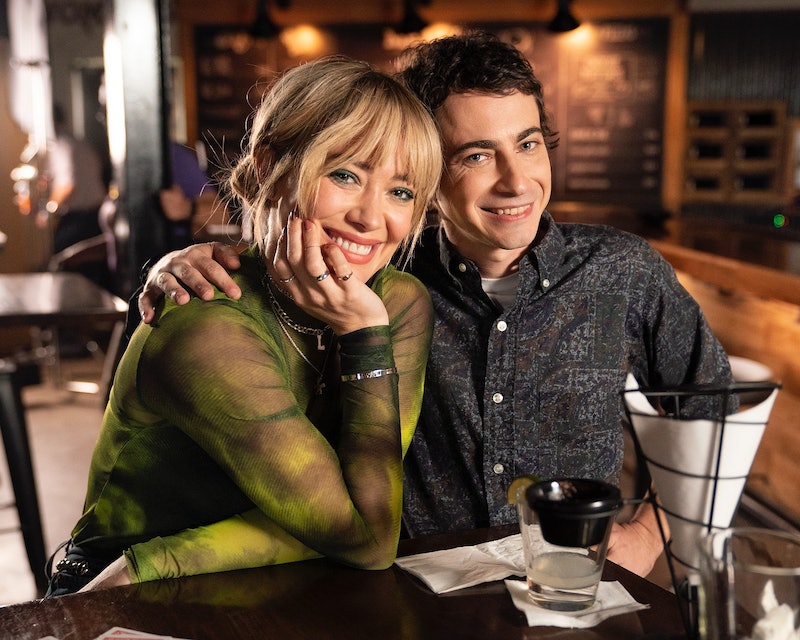 This update is what dreams are made of: Hilary Duff said the Lizzie McGuire reboot could still happen. Duff told PEOPLE in an interview published on Monday, April 6, that there are still “conversations going on” about how to move the reboot forward after original creator Terry Minsky stepped down in January. It’s been reported that Lizzie’s adult storyline didn’t align with Disney+’s “family-friendly” idealisms. While the reboot has since been put on hold due to the creative differences, Duff said that she and Disney+ have been trying to meet halfway.

“There’s still conversations going on in hopes that we can find a way to meet in the middle and both bend a little bit,” Duff told PEOPLE. “I understand that they have to protect their brand and there’s pretty strict guidelines on what that looks like.” She added, “I just have to make sure it’s the right move for me and that I feel like I’m honoring her and the character, and that it will be relatable to the people who grew up with her because those are the people I really want to speak to.”

The update comes after Duff called on Disney to move the revival to Hulu in February. In response to Love, Victor’s move to Hulu from the Disney streamer, Duff implored a similar move so an adult Lizzie wouldn’t need to “live under the ceiling of a PG rating.” She explained on Instagram in February, “It’s important to me that just as her experiences as a preteen/teenager navigating life were authentic, her next chapters are equally as real and relatable.”

In an interview with Variety in February, Minsky touched on the two episodes they produced before production shut down and similarly called for a move to Hulu. "I am so proud of the two episodes we did,” Minsky said. “Hilary has a grasp of Lizzie McGuire at 30 that needs to be seen… I would love the show to exist." She added, "Ideally, I would love it if it could be given that treatment of going to Hulu and doing the show that we were doing. That’s the part where I am completely in the dark.”

The Lizzie McGuire reboot is set to follow Lizzie as a 30-year-old woman living in New York City. While she has her dream boyfriend and a dream job as an interior design assistant, adulthood is not as glamorous as it seems. Along with Duff, Hallie Todd, Robert Carradine, and Jake Thomas will reprise their roles as Jo, Sam, and Matt McGuire, respectively, reuniting the McGuire family once again. Adam Lamberg will also return as Gordo. That is, if we ever get to see it.

More like this
Netflix Reveals First Look At Wednesday In The 'Addams Family' Spinoff Series
By Bustle Editors
A New 'And Just Like That' Table Read Pic Confirms A Key Character's Return
By Jack Irvin and Grace Wehniainen
The 'Andor' Timeline, Explained
By Gretchen Smail
24 Years Ago, 'Friends' Dropped Its Most Underrated Ross & Rachel Episode
By Grace Wehniainen
Get Even More From Bustle — Sign Up For The Newsletter