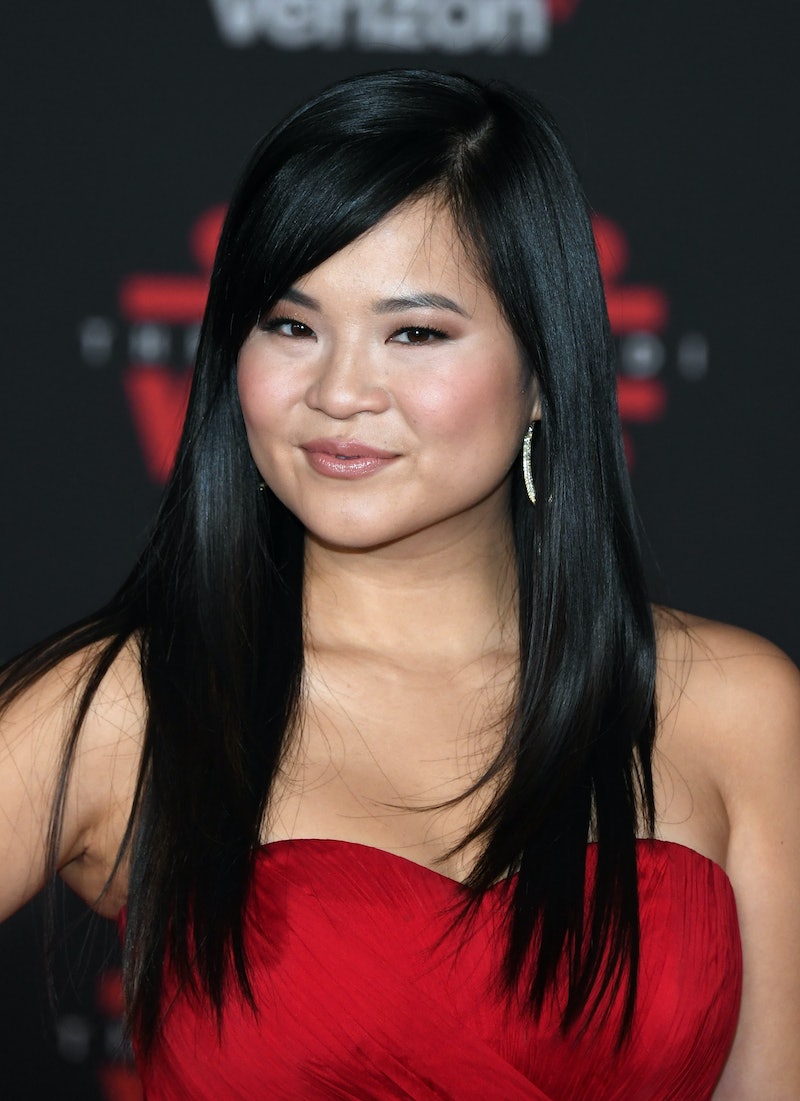 In early June, Kelly Marie Tran deleted her social media accounts amid reports that the Star Wars: The Last Jedi star had been enduring months of harassment from fans of the franchise who took issue with her character, Rose Tico. On Tuesday, Aug. 21, Kelly Marie Tran opened up about online harassment and the importance of representation in Hollywood, penning an emotional essay for the New York Times about the ordeal and about growing up as a Vietnamese-American without a lot of other people of color to look up to on screen.

Tran made history as the first Asian woman to land a lead role in the Star Wars franchise when she was cast as Rose, a maintenance worker for the Resistance, who is mourning her sister when she teams up with Finn (John Boyega) on a mission to disable the First Order's tracking device, with the help of Poe (Oscar Isaac) and BB-8. However, many of the franchise's fans took issue with her character and her storyline, arguing that it wasn't a necessary addition to the story, which eventually resulted in Tran enduring months of racially-charged harassment on social media.

"It wasn’t their words, it’s that I started to believe them," Tran began her New York Times essay. Though she didn't mention the harassment outright, she made it clear that being on the receiving end of an onslaught of hateful remarks about her race took a toll on her well-being. "Their words seemed to confirm what growing up as a woman and a person of color already taught me: that I belonged in margins and spaces, valid only as a minor character in their lives and stories," she wrote.

From there, Tran elaborated on how she often felt like an outsider growing up, recalling her decision to stop speaking Vietnamese at age 9 after being mocked by her peers, and how a waitress was once shocked by her "perfect English" when Tran went out to dinner with a white boyfriend and his family. "Their words reinforced a narrative I had heard my whole life: that I was 'other,' that I didn’t belong, that I wasn’t good enough, simply because I wasn’t like them," she wrote. "And that feeling, I realize now, was, and is, shame, a shame for the things that made me different, a shame for the culture from which I came from." After years of tearing herself down for not fitting the mold of what was "beautiful" — i.e., the thin, white women that were often upheld by Hollywood as the ideal — Tran wrote that she eventually began to realize that she "had been brainwashed" and "lied to" about which people were worthy of love and attention.

Through this experience, it seems, Tran has been able to reflect on the messages those Internet trolls were reinforcing, and how dangerous they really are. And, in her essay, Tran wrote about the importance of standing up and celebrating the things that make her different, as a way to represent the other Asian-Americans who might also be suffering from the same culture telling them they, too, are not worthy.

Tran's words — and her position as the first woman of color to lead a Star Wars film and the first Asian woman to appear on the cover of Vanity Fair — prove that representation has the power to change the narrative. Representation in major blockbusters and popular mediums remind people everywhere that their experiences and perspectives are just as important and valuable as the heteronormative, white perspective most commonly depicted on screen. And the actor's openness about using her position as the star of one of the biggest film franchises in the world shows that simply embracing her heritage in the public eye can go a long way towards helping Asian Americans who feel othered by society. "I know how important that is," Tran wrote about her position in the public eye. "And I am not giving up."

When all anyone sees is the same examples of what is considered "beautiful" or "worthy" or even just "normal," it creates an expectation that anyone who doesn't fit into those exact molds is somehow worthless. For Tran, realizing that there is more than just one singular way to be — that she is just as important and that her heritage is something to celebrate, rather than to hide — makes it easier for her to stand up to those bullies and to find new ways to celebrate those aspects of herself publicly.

And by doing that, she can help other people avoid those feelings of shame that she struggled with growing up, by showing them that their differences physically and culturally are what make them special ... all while telling Internet trolls everywhere to back off. We could all learn a little bit from Kelly Marie Tran.

More like this
'Avatar 2' Now Has A Teaser Trailer & Release Date
By Jack Irvin and Alyssa Lapid
'Wakanda Forever' Is Already Opening Doors For Mabel Cadena
By Grace Wehniainen
Everything To Know About 'RHONY' Season 14
By Jake Viswanath and Alyssa Lapid
This 'Strictly' Star Is Rumoured To Be The New 'Big Brother' Host
By El Hunt, Maxine Harrison and Sam Ramsden
Get Even More From Bustle — Sign Up For The Newsletter