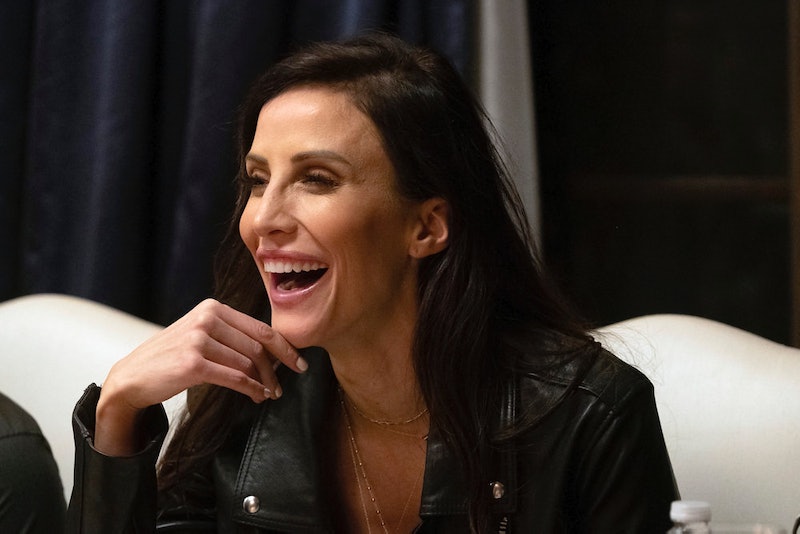 The May 4 episode of Very Cavallari took place in Kristin's favorite place: Cabo, Mexico. She and her best friends (and Jay) took a much-needed vacation to get their minds off of work, but they ended up talking about something much deeper. In the car ride to their day of outdoor adventures, Kristin's friends Pip and Kelly had a deep conversation about fertility and fertility issues that will hit home for many.

She has mentioned it during her past appearances on the show, but Pip struggled to conceive a child for years, and she finally decided to elect a surrogate to carry her children. When they were in Cabo, the surrogate was expected to go into labor at any moment, so she was constantly checking her phone and giving everyone updates.

"I've had eight miscarriages, I did 13 rounds of IVF, so this journey is extraordinary," Pip told everyone. She said she had been trying to have a child for eight years, and her surrogate was expecting twins. Her story struck a chord with everyone in the van, but it particularly hit home for Kelly. If you've watched the season so far, you know that she's discussed her dating life a lot and how she doesn't want to feel pressured to settle down, although she knows she wants a family and time definitely isn't slowing down.

Pip said that she was an advocate for freezing eggs. "Anyone that wants kids, they need to start now, even if it's like 10 years," she said. The crew turned to Kelly, who responded with a hoarse voice from all the partying they did the night before.

"Hearing about Pip's entire journey, when I really think about it, it just makes me want to go back to Nashville and get the ball rolling immediately, because what if it does take a long time?" she said. "I don't really know what's in store for me, but I know that I want a family one day. So I really wanna get that process started."

Kristin asked Kelly what she would do if she wasn't able to conceive a child when she was ready. "I think I would be OK ... like honestly if I go in there and they're like this is not gonna work for you, I will have peace," she said. "I just want to know ... I just want to know that I put in all the effort and then trust the universe on the rest."

According to the Centers for Disease Control and Prevention, infertility affects 6.1 million women in the United States who are ages 15 to 44. That's about 10 percent. According to the Mayo Clinic, up to 15 percent of all heterosexual couples are infertile. Male infertility, or the inability to conceive, plays a part in over a third of those cases.

During their chat, Pip reassured Kelly that, regardless of what a doctor may say about her fertility, she will have a family if she wants one. "This is what someone told me. If you wanna be a mum, you will become a mother," Pip said. "And however you become a mum, it doesn't matter if it's genetically yours or you use a surrogate or you adopt. If you wanna be a mum, you'll be a mum. Plain and simple."

Kelly and Pip's candidness about their fertility, the uncertainty attached to it, and motherhood is honestly refreshing, will likely be welcomed by Very Cavallari fans who can relate all too well.